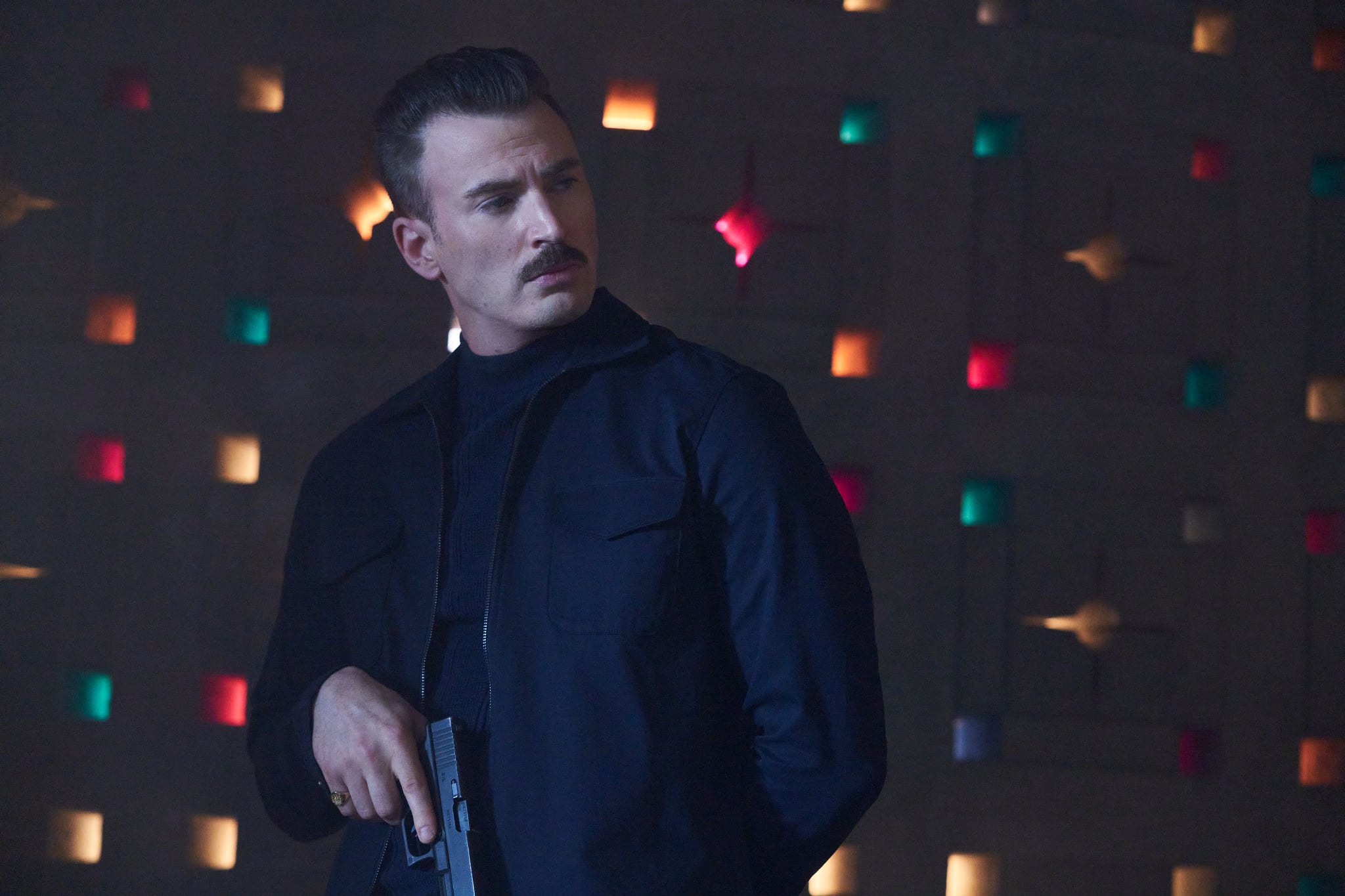 It turns out, “The Gray Man”‘s cast is far more stacked than initially anticipated. In addition to starring hunky trifecta Chris Evans, Ryan Gosling, and Regé-Jean Page, the forthcoming spy thriller also features an equally buzzy celebrity: a new Evans mustache. The actor’s prominent upper-lip hair is front and center in first-look photos from “The Gray Man” that Netflix released on April 26, and my oh my, is it working for him.

In the forthcoming film, Evans portrays villainous CIA agent Lloyd Hansen, who hunts down Gosling’s Court Gentry across the globe. His character’s perfectly quaffed ‘stache is accompanied by a slicked-back hairstyle that, for reasons we can’t quite explain, only adds to his sinister vibe. (No disrespect to hair-gel users everywhere.) Despite his evil nature, it’s hard to deny Evans still looks like a dreamboat as Hansen, even if you’re not typically a fan of mustaches.

Though the actor typically has either a clean-shaven face or a full beard, he famously ventured into the in-between territory of having a mustache for his Broadway debut in “Lobby Hero.” In the 2018 play, he portrayed a police officer with a slightly more downturned, horseshoe-adjacent mustache that extended past his lower lip. In a New York Times profile published that same year, Evans likened the facial hair to a disguise, telling the publication, “People don’t recognize me at all. I can look them right in the eye — it’s like I’m invisible.”

We can already tell other notable hair moments abound in “The Gray Man.” In addition to Evans’s mustache, Ana de Armas has a sleek bob with flipped-under ends, and Gosling rocks a thick beard. Here’s hoping Netflix drops an official trailer ASAP so we can see Gosling and Evans go head to head with their respective facial-hair looks.