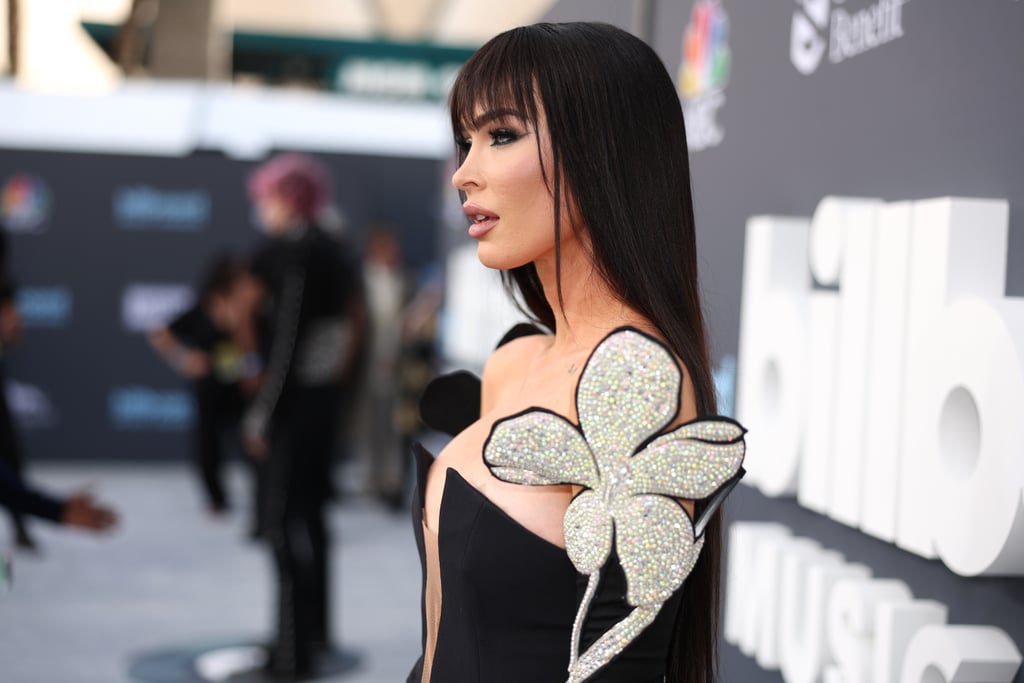 Megan Fox likes a noncommittal bang. The actor recently attended the 2022 Billboard Music Awards on May 15 in Las Vegas wearing a black David Koma gown, which she paired with a sleek, straight hairstyle and feathery “Birkin” bangs. She completed her sultry beauty look with a gray smoky eye, thick black eyeliner, and a mauve lip.

Fox previously played around with wispy bangs earlier this year, and she also had blunt baby bangs when she attended the Met Gala for the first time in 2021. And while she seldom strays from her signature hair color, Fox sports hot-pink hair in the upcoming stoner comedy “Good Mourning,” which also stars her fiancé Machine Gun Kelly. The musician was also in attendance at the award show, where he will perform “Twin Flame” off his latest album, “Mainstream Sellout.” Kelly appeared to freshen up his cotton-candy pink hair for the occasion.

On the fence about getting bangs? Perhaps the photos of Fox ahead will convince you to make the cut.