“One of my favorite things about myself is my smile, because I’m one of the only people left in Hollywood with their original teeth,” she previously told People. “I’ve held on to something in an industry that will say, “You need to change that.'”

WATCH: Are you enjoying The Rookie: Feds?

Niecy says she is yet to have any cosmetic surgery, but hasn’t ruled it out for good. “I never say never,” she revealed.

SEE: The Rookie: Feds star Britt Robertson’s $70k engagement ring is so out of the ordinary

“But I am fearful to do something to my instrument, which is my face, because I don’t know if it’ll move the same, you know what I mean? I don’t want to be thinking about crying and can’t do it!”

When she’s not filming The Rookie: Feds, Niecy relaxes at her home in Los Angeles with her wife Jessica Betts. 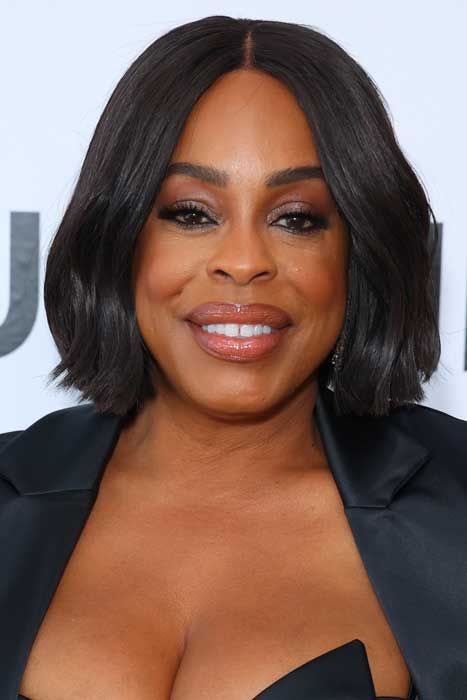 Niecy Nash hasn’t had any work done on her smile

The couple tied the knot at their home in Ventura, California on 29 August 2020 in front of their closest friends and family.

The pair first connected on social media in 2015 when Niecy was still married to her now-ex-husband, Jay Tucker.

Niecy Nash and Jessica Betts got married in 2020

While their relationship was initially platonic, following her split with Jay in October 2019, Niecy and Jessica soon realized that they wanted to be more than friends.

“I loved her before I was in love with her because she is such a special human being,” Niecy told People. “But we began to see each other in a way we never had before. Sometimes you get so broken by love, you run from it. But I’ve learned that you should always hold space for magic because it can happen at any time.”