Look, we’re not stupid, we know that someone who has as substantial worth as Kim Kardashian isn’t going to buy their hair extensions from CVS, but that didn’t stop us wincing when her hairstylist Chris Appleton revealed the cost of her most recent look. Chris’s client list also includes Dua Lipa and Jennifer Lopez, so we knew when he posted a Q&A to his Instagram Stories that we were going to be rewarded with some insider intel.

Most recently, Chris worked with Kim to create that Met Gala look, crafting a whopping 75-inch ponytail that slinked up those iconic museum steps.

Obviously Kim’s real hair is not that long, and we know from having the honor of witnessing Chris’s work first hand that extensions are the key to cheating fullness. So when one follower asked how much that 75-inch ponytail cost we were expecting a number that would equate to a month’s salary. What we weren’t expecting was Chis revealing that ponytail cost $10,000, aka more than the cost of the car you’re still paying off. 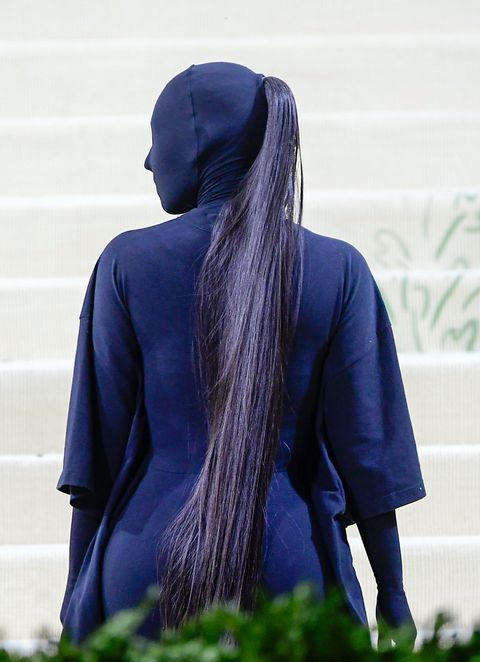 It’s also worth remembering that $10,000 is just the price of the hair extensions and doesn’t even include Chris’s services, which we don’t imagine come cheap.

Basically what we’re saying is, if you have dreams of recreating this look…it might be best to shelve them. Or consider selling your car.