Two men have been charged in connection with an alleged armed robbery that took place in the middle of a church service which was stopped short while two men allegedly jacked some jewelry from the bishop during their live stream.

2 men from Brooklyn — Juwan Anderson and Say-Quan Pollack — were charged with armed robbery for their roles in the July 24 incident … according to Breon Peace, U.S. Attorney for the Eastern District of New York on Tuesday. 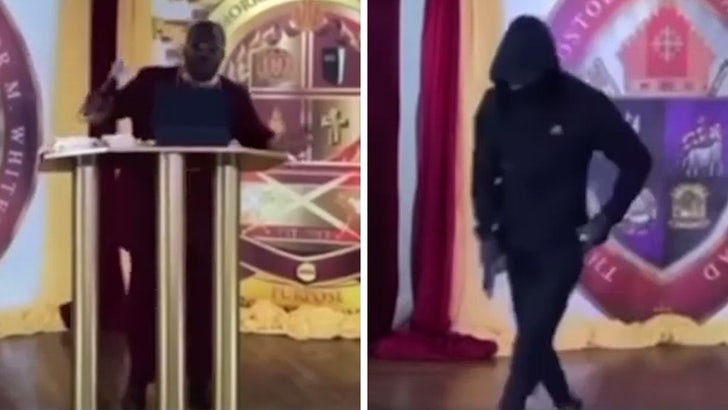 Peace’s statement reads, “As alleged, the defendants brought guns into a place of worship, stealing from two members of the clergy, and terrifying the congregation in the process” … adding, “to commit such an act during a religious service is incomprehensible.”

Peace notes a 3rd suspect is still at large.

The incident was caught on camera during the service’s live stream … showing Bishop Lamor Whitehead stopping mid-service and quickly getting on the ground — as two men begin to take items off his person.

Whitehead tells TMZ … “Today is the start of healing. We will let the justice system continue to work as I continue to do what God has called me to do.”

Some have attributed the crime to Whitehead flaunting fancy cars and bling online … but he goes on to say he hopes those pointing fingers at him “understand that I along with my family and church are the victims and not the villains.”