Channel 4 star Danni Menzies, 33, took to Twitter to speak out on her now ex-boyfriend and former soldier Simon Moloney. After the A Place In The Sun presenter spotted an article about her “partner”, she revealed to her fans they are no longer an item.

We didn’t make it past August

The headline she spotted read: “A Place in the Sun: Who is Danni Menzies’ partner?” and went into detail about Simon.

In view of her 15,000 followers, the presenter was quick to address her current relationship status.

She wrote: “We didn’t make it past August,” followed by a laughing emoji.

Before parting ways two months ago, the pair were locked down together earlier this year. 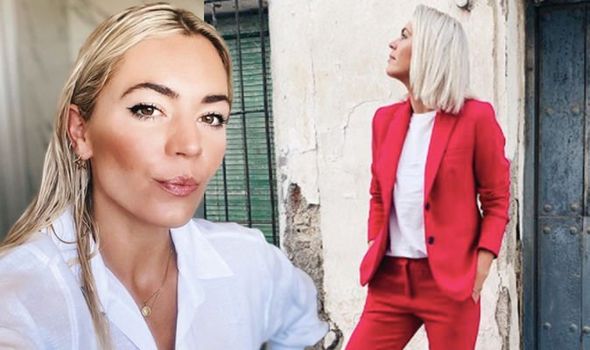 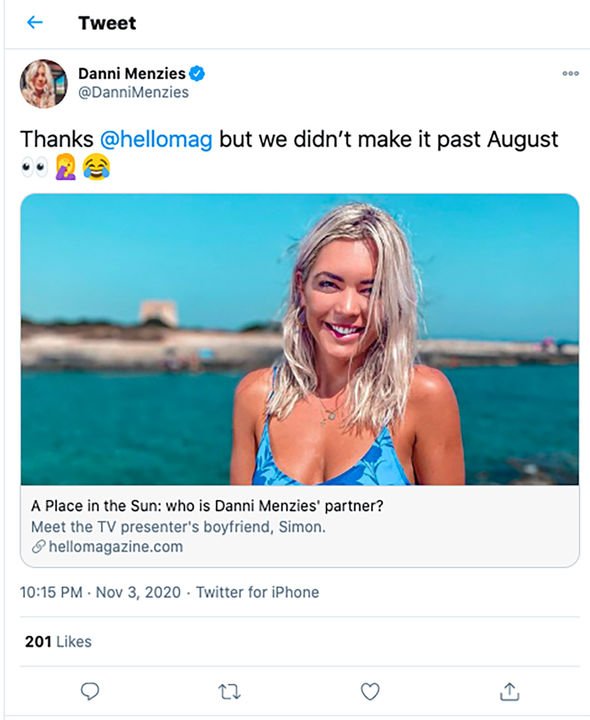 It wasn’t long before Danni received many comments after speaking out online.

Her Channel 4 co-star Scarlette Douglas was first of many to wade in by sharing a snap of her Animoji facepalming.

One fan replied: “Oh my that’s hilarious! Let me know if you need a temporary one for the next lockdown.”

Another commented: “Plenty more fish in the sea.”

“Always my queen, thank you for everything you do x,” a third went on to say.

Danni first met Simon after being set up on a blind date.

It was set up by their best friends, who were dating at the time. 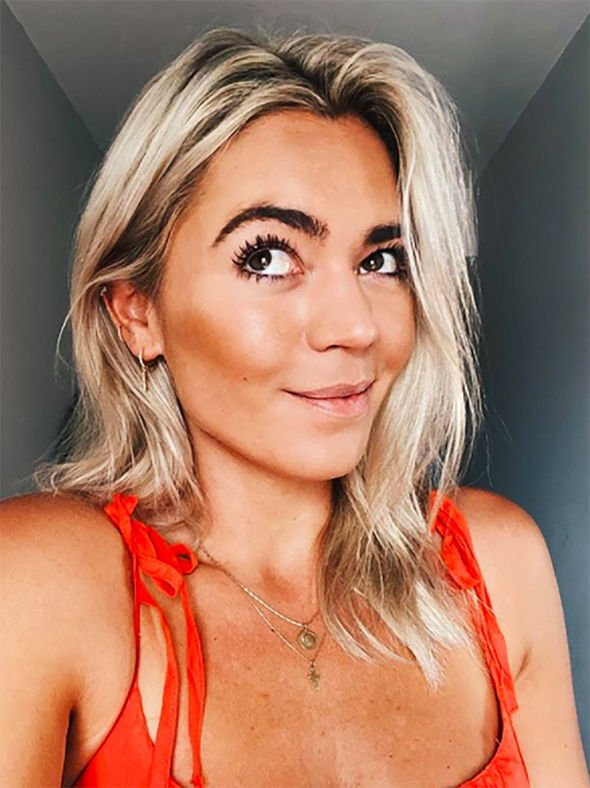 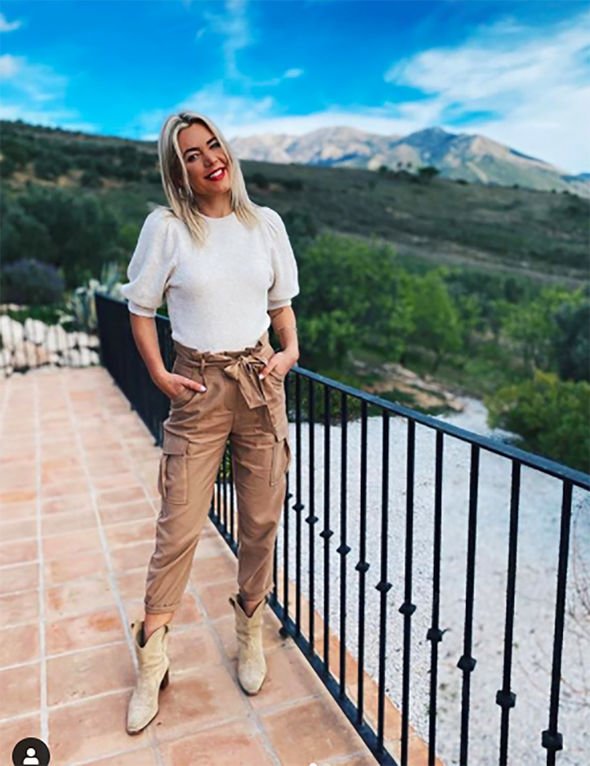 “Always my queen, thank you for everything you do x,” a third went on to say.

Danni first met Simon after being set up on a blind date.

It was set up by their best friends, who were dating at the time.

She previously told The Sunday Post: “We went on about five or six dates and then ended up isolating together for 10 weeks at home on Mains of Taymouth Country Estate. It propelled things quite quickly. So I have a boyfriend now. It is quite amazing.”

Meanwhile, it comes after Danni spoke out about discovering a lump the “size of a golf ball” next to her nose one morning.

“I had a real horrible thing recently where I woke up one morning and had a massive lump on my face, and I couldn’t open one of my eyes properly,” she exclusively told Express.co.uk.

“I had a cyst or something on my face and it came out of nowhere. It was massive!”

She continued: “It was like a golf ball next to my nose, and I went and got antibiotics.

“They then gave me the wrong antibiotics so that was fantastic.”

Danni later broke down in tears while filming episodes of the property programme.

She shared: “I started crying at one point saying, ‘I don’t want to do this’. So the show got back to the office and I got a message from the boss going, ‘Danni why have you got the back of your head to the camera?’

“I had been putting my hair over my face and turning my head away to try and hide myself.”

Shortly afterwards, Danni luckily managed to get the right medication, and the swelling went down.

“I managed to get to the doctors and get the right antibiotics, but it took about three weeks, it was awful.”