Company secretary jailed for stealing £1.7million from her employer

The One Show presenter Alex Jones, 42, tied the knot with Charlie Thomson back in 2015. Today, the pair celebrated their anniversary and gave fans an insight of their day on social media.

Happy anniversary to us.

The mother-of-two shared a picture of her spouse jokingly biting her cheek as she beamed for the camera.

Alex shared the snap on her Instagram story with the caption: “Happy anniversary to us.”

The BBC regular and her husband appeared in high-spirits mid-way through their low-key forest walk together.

She later shared a Boomerang clip of them enjoying a cosy fire following their outing. 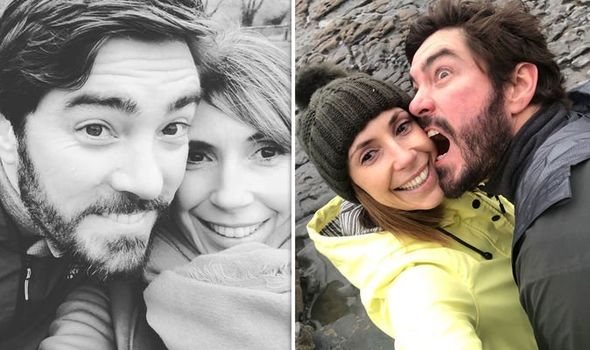 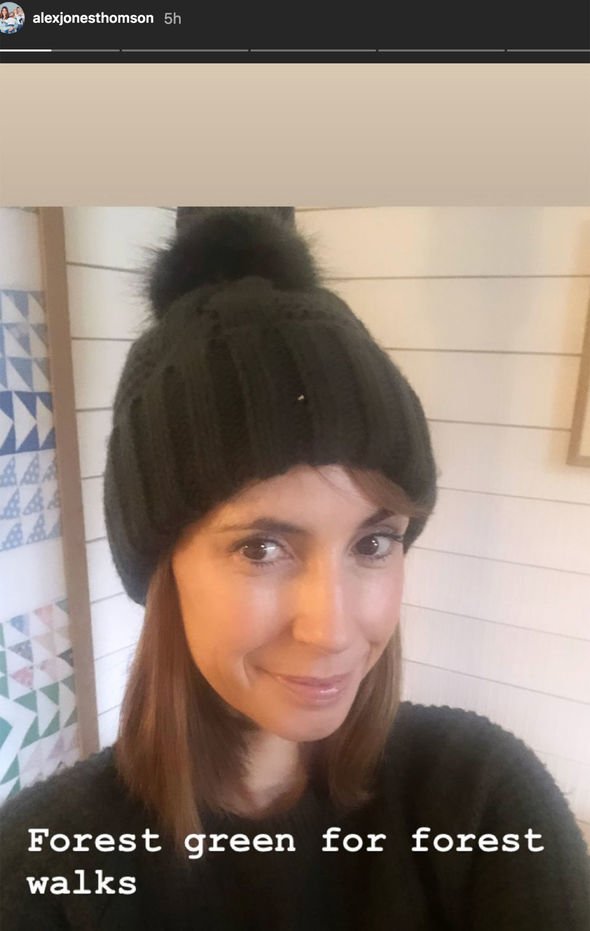 In the picture, Alex showcased her natural complexion as she appeared to be wearing minimal make-up.

She also opted for a laid-back look consisting of a casual jacket with a wooly hat.

Alex is currently enjoying time away from her television commitments following the birth of their second son Kit.

The presenter, who also has two-year-old Teddy, announced her birth over the phone on The One Show back in May. 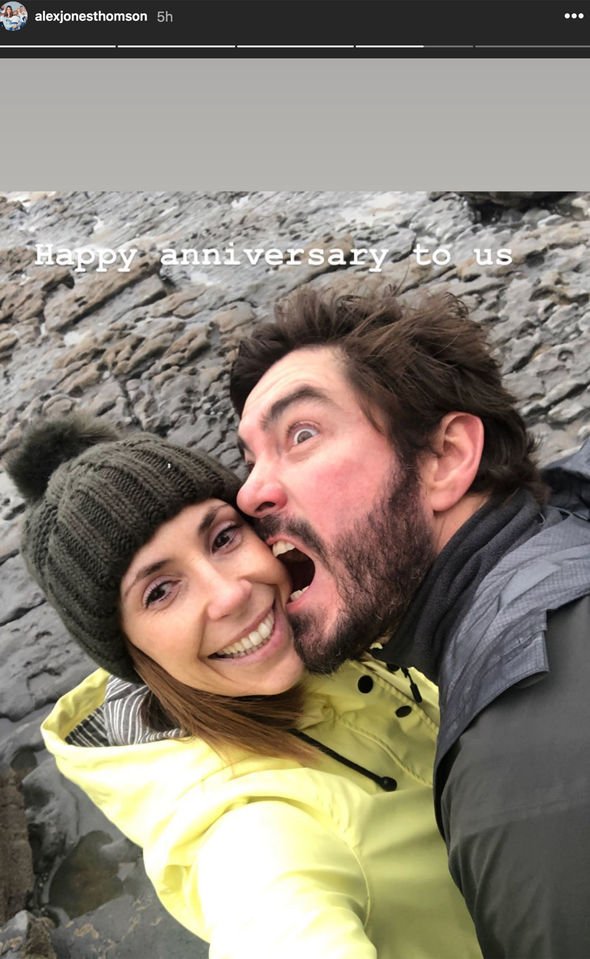 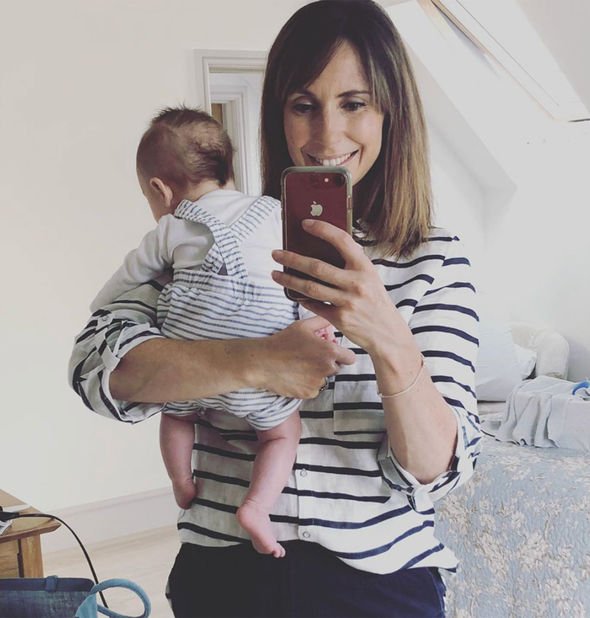 Speaking to her co-star Matt Baker and stand-in host Angelica Bell, she said: “He was born last Monday morning. We’ve had a lovely week getting used to being a family of four and introducing him to Teddy.

“I was a bit worried but Teddy has taken to it like a duck to water, being a big brother. He says: ‘Love you baby.’

“He thinks that we’re going to call the baby Thomas after Thomas the Tank engine so breaking the news is going to be tricky.”

Alongside a picture of their new son, she wrote: “Teddy, Charlie and I are absolutely besotted by baby brother and are enjoying this special time as we get used to being a foursome and generally breathing in that lovely newborn smell!!!

“A huge thank you to the midwives at the birth centre, Queen Charlotte Hospital for everything you did for us. #nhsheroes.”

Alex had previously said she will return to the BBC show next week.

The presenter previously admitted to feeling as though she went back to work too early following the birth of her first born.

Speaking on the Happy Mum Happy Baby podcast last year, she said: “I went back too soon. I was still trying to feed going back to work.

“After the meeting I’d try and express, then go into the rehearsal, and go back and try and express a little bit more, and my milk was in the fridge with all the food being given to the guests!

“I was like, ‘This is not working, this is a nightmare’.”

She added: “It destroyed my confidence in terms of trying to feed and be back at work. So by four months I had to give in to formula completely. I was combining but it just wasn’t working.”