Armie Hammer apologized to the beauty pageant title-holder of 2020 Miss Cayman Islands, Mariah Tibbetts, after referring to a mystery woman as ‘Ms. Cayman’ under a leaked video.

Armie Hammer, 34, has issued an apology after a post leaked from his private Instagram account on Jan. 15, in which he referred to a lingerie-clad woman as “Ms. Cayman.” Two days later, the Call Me By Your Name actor clarified that the mystery woman in the video was not to be confused with beauty pageant queen Mariah Tibbetts, who is currently the title-holder of 2020 Miss Cayman Islands.

“I would like to clarify that the person in my video, which was stolen from my private Instagram, is not Miss Cayman. I am genuinely sorry for any confusion my foolish attempt at humor may have caused,” Hammer said in an audio statement issued to Cayman Compress on Jan. 17, which you can listen to above.

Hammer then directly apologized to Tibbetts, saying, “My deep sympathies to Miss Cayman, who I don’t know, and to the entire organization as I had no intentions of implying she was actually Miss Cayman.” The chairperson for Miss Cayman Islands Universe Committee, Derri Dacres-Lee, had already made this clarification before Hammer’s audio statement.

The leaked video showed Hammer walking through a hotel room before revealing a mystery woman in black lingerie waiting on his bed, her face hidden from the camera. “Well… my ex (for very good reason) wife [Elizabeth Chambers] is refusing to come back to america with my children. So I have to go back to Cayman… which sucks. Except there are a few silver linings. Like fu-king Ms. Cayman again while I’m down there,” Hammer wrote in the video’s caption, according to Daily Mail.

Prior to Hammer’s apology, the grandson of oil tycoon heir Armand Hammer had shot down reports of controversial DMs that were allegedly sent from the actor and had leaked online. Amid the scandal, Hammer pulled out of a movie with Jennifer Lopez, Shotgun Wedding, and issued a statement about the allegations and his withdrawal. 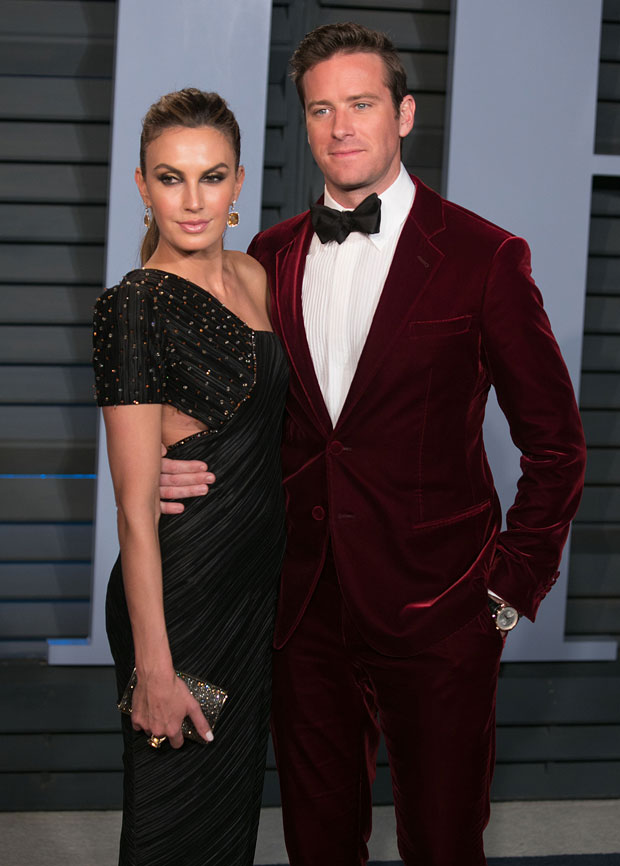 “I’m not responding to these bullsh-t claims but in light of the vicious and spurious online attacks against me, I cannot in good conscience now leave my children for 4 months to shoot a film in the Dominican Republic. Lionsgate is supporting me in this and I’m grateful to them for that,” Hammer wrote in a statement for our sister publication, Variety, on Jan. 13. A representative for the production also told the outlet, “Armie has requested to step away from the film and we support him in his decision.”

Hammer split from Chambers after 10 years of marriage, which he confirmed in an Instagram post in July of 2020. They share two children, their daughter Grace, 6, and son Ford, 4, who currently live with Chambers in the Cayman Islands.

Celebrities
Rachel Brosnahan is hard at work on the new season of The Marvelous Mrs. Maisel! The 30-year-old actress was spotted...
Lifestyle
Tesco outline their latest shopping measures ahead of lockdownWhen you subscribe we will use the information you provide to send...
TV & Movies
Mercedes and Sylver McQueen (Jennifer Metcalfe and David Tag) could be heading for heartache in Hollyoaks, as Cher Winters (Bethannie...
World News
MEGHAN Markle reportedly ended a tour visit to a Fijian market early over "concerns" about a UN organisation. Security swept...
Beauty
In the world of shopping, there's always a worthwhile deal happening somewhere. And let's be real, there's never a better...
Fashion
Sheer shirts will inevitably make spring outfits cooler – this is where to find the best ones. Hey, spring, we...
Recent Posts