Beach Boys star Brian Wilson cancels tour due to mental health worries: ‘I’ve been struggling with stuff in my head’

Beach Boys founder Brian Wilson has postponed his June tour due to ongoing issues with his mental health.

The 76-year-old rock-and-roll legend made the announcement about the – Pet Sounds and Greatest Hits Live – tour on his Facebook page and website.

‘It is no secret that I have been living with mental illness for many decades,’ Wilson wrote.

‘There were times when it was unbearable but with doctors and medications I have been able to live a wonderful, healthy and productive life with support from my family, friends and fans who have helped me through this journey.’ 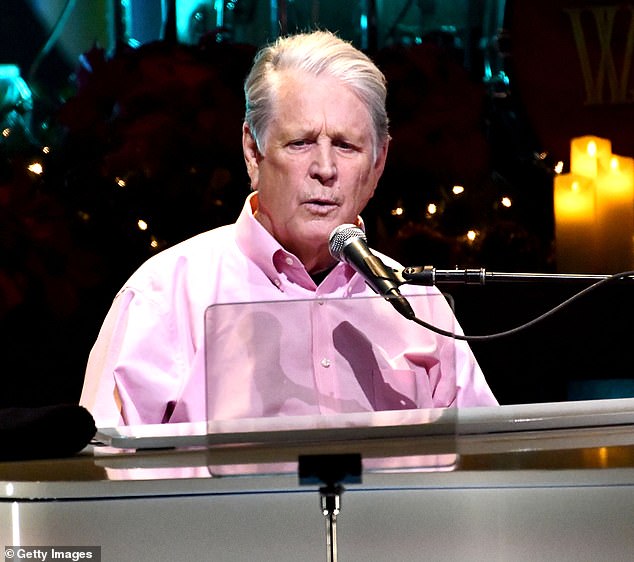 He said he had three successful operations on his back in the past year but the latest one made him feel ‘strange’ and turned ‘pretty scary.’

‘Mentally insecure is how I’d describe it.’ he added.

The musician doesn’t know what caused the reaction but did say he’s sure that going on the road on tour ‘is not good for me now.’ 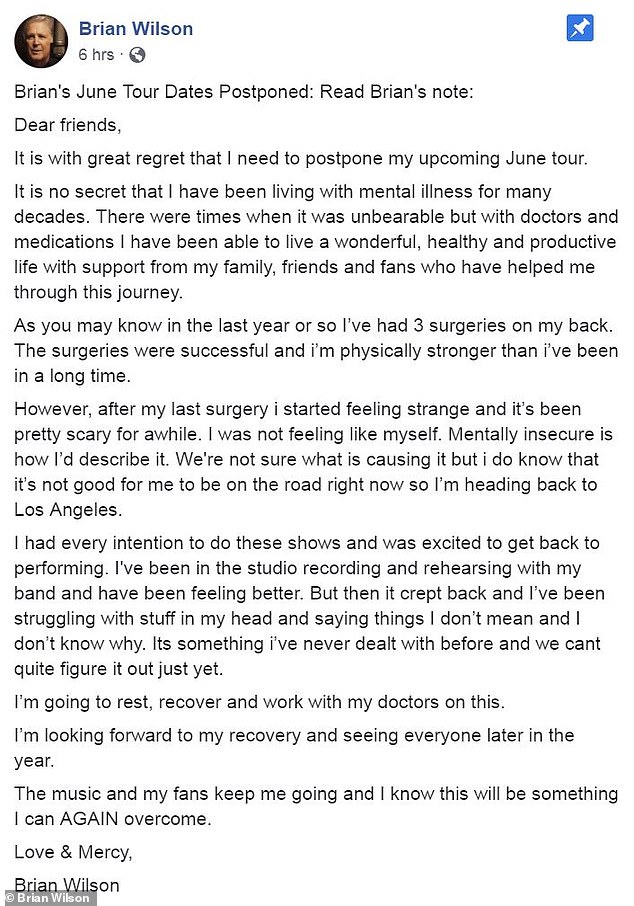 ‘I’ve been struggling with stuff in my head’ : The legendary singer-songwriter announced the cancellation of tour on his Facebook page and website www.brianwilson.com

Wilson said had been recording and rehearsing with the intentions of touring but his mental health issues returned, and he began to struggle with ‘stuff in my head and saying things I don’t mean and I don’t know why.’

Wilson said he plans to work with his doctors, rest and recover, and that he’s looking forward to seeing everyone later in the year.’

In conclusion he wrote: ‘The music and my fans keep me going and I know this will be something I can AGAIN overcome.’ 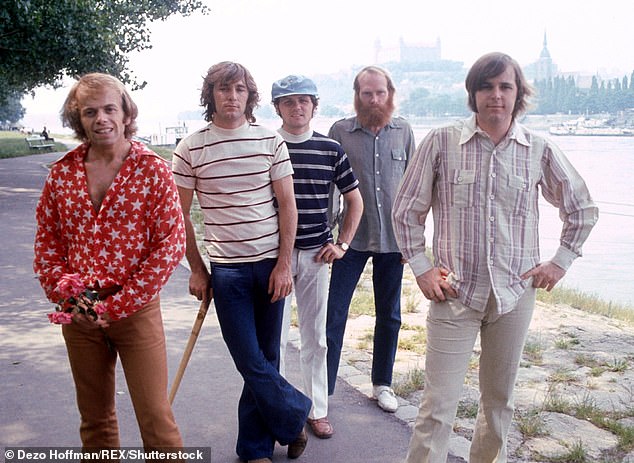 Legendary: Wilson (right) was the chief songwriter for the Beach Boys; the band is pictured in the 1960s

The tour – celebrating the Beach Boys’ classic 1966 album Pet Sounds – had already been postponed in 2018, when Wilson had the first of his back surgeries.

The God Only Knows singer was officially diagnosed as a schizoaffective disorder with mild manic depression, and has regularly experienced auditory hallucinations.

Wilson has been revered as one of the most innovative songwriters of the late 20th century, writing or co-writing the bulk of the hits by the Beach Boys.

Between the 1960s and 2010s, the band had over eighty songs chart worldwide, thirty-six of them in the US Top 40, which is the most by a US rock band.