Giving the fans what they want! Becca Kufrin sent a heartfelt birthday message to her ex Blake Horstmann, the runner-up from her season of The Bachelorette.

Becca Kufrin’s Season of ‘Bachelorette’: Where Are They Now?

“HBD @balockaye.h!” the former Bachelorette, 31, captioned an Instagram Story photo of the twosome on Thursday, April 22. “To celebrate, I’d like to share an embarrassing photo of when we were babies. At this moment I’m virtually shoving your face in a cake.”

The throwback pic showed Kufrin and Horstmann, 32, sitting on a couch as he held a sweet treat and she pointed and laughed. 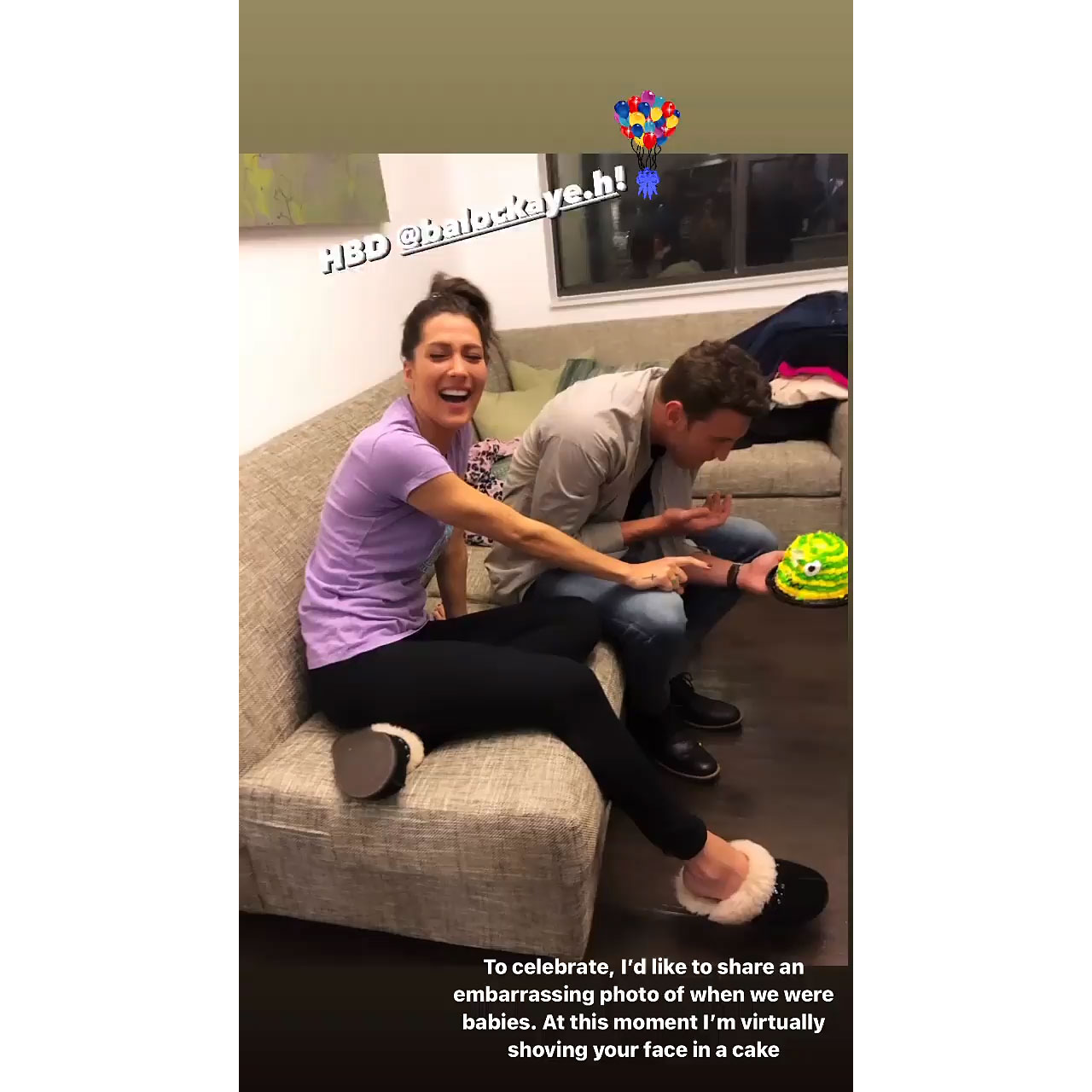 The Bachelor in Paradise alum reposted the shot. “Look at us babies,” he wrote, adding laughing and heart-eyes emojis.

Kufrin and Horstmann pursued a relationship during season 14 of The Bachelorette in 2018. However, she chose Garrett Yrigoyen over the “Behind the Rose” cohost at the time. She and the California native, 32, got engaged during the finale but confirmed their split in September 2020.

Horstmann spoke out in March about fans hoping for a reconciliation between him and the “Bachelor Happy Hour” cohost since her breakup. 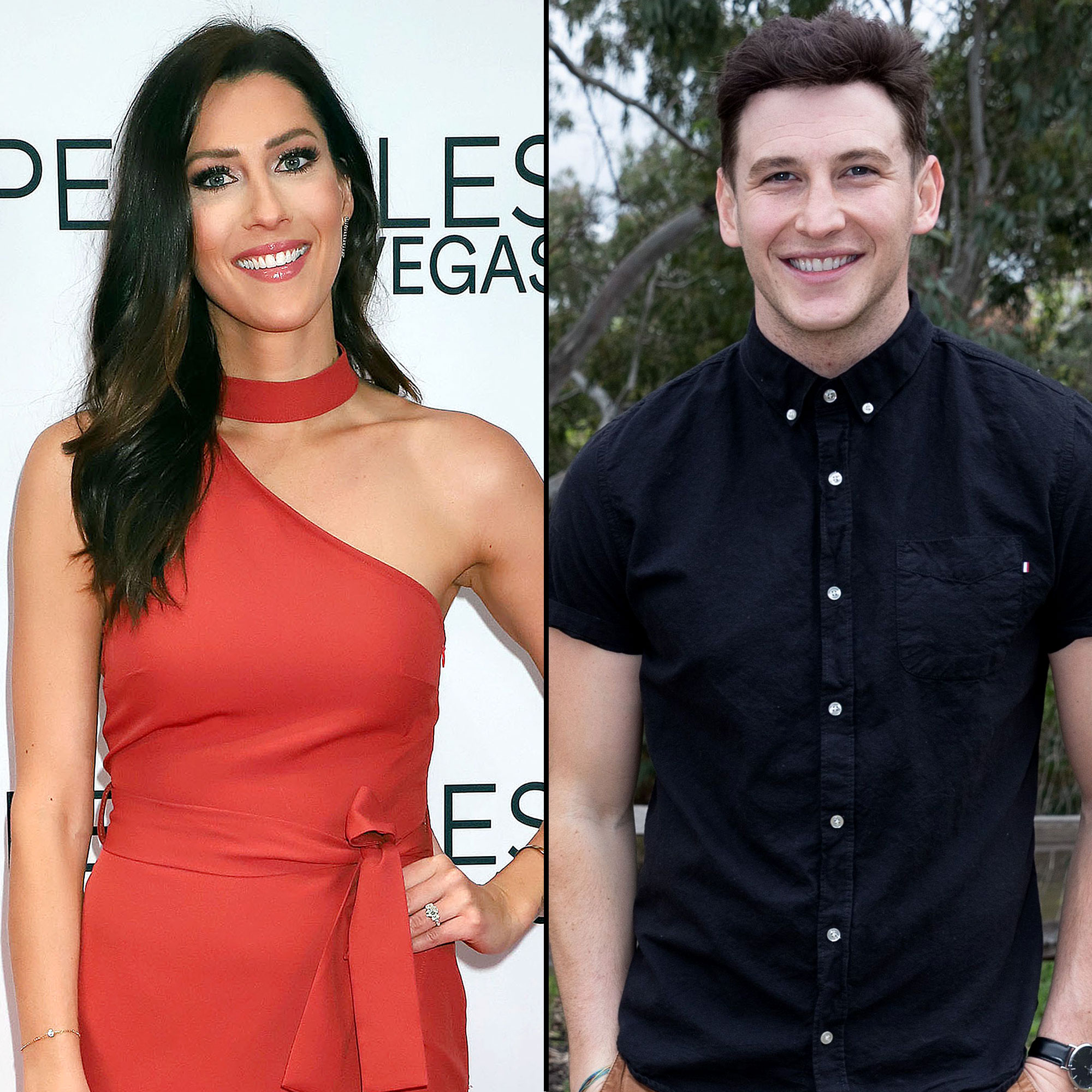 “Me and Becca have a great relationship. I think that is a little strange, you know, [compared to] past seasons, [but] me and Becca have a great relationship. We talk, we’re friends,” he explained on Us Weekly’s “Here for the Right Reasons” podcast. “And also, the way her and Garrett ended — I think people just want to see me and Becca happy, which is a compliment, like, it means a lot. It really, really does. We’re close friends and everything. And we’re, like, always gonna have each other’s back and care for each other. But I don’t know why everybody was shipping us or still is shipping us so hard.”

‘Bachelor’ Couples Who Got Together Outside the Show

As for his own split from Kufrin, the Colorado native moved on from the heartbreak years ago. “The closure, if you will, for me, was After the Final Rose,” he recalled. “But it wasn’t necessarily when I saw Becca or I talked to Becca. It was when I saw Garrett and Becca together on that couch. It was like a door closed for me. I was like, ‘OK, like, they’re happy, they’re together still, you know, it’s over for me and closing the door and I’m gonna move on.’ And so that was kind of the moment for me. Not when I talked to Becca, but it was when I saw them all happy on that couch. That’s what changed for me.”

Horstmann previously addressed dating rumors in a November 2020 Instagram Q&A. “Me and Becca are friends,” he wrote at the time. “Let the woman be single for a while she don’t need no damn man to be happy. She is living her best life.”

Kufrin, for her part, gave Us an exclusive update on her dating life in December 2020. “Well, it’s been basically nonexistent at this point,” she revealed. “Going through a breakup in the middle of a pandemic/quarantine has really put a crimp on dating.”