At last, Jean-Luc Cerza-Lanaux, 25, addressed rumors that he was the father to his Below Deck: Sailing Yacht co-star Dani Soares’, 33, newborn daughter Lilly. After a trailer for the season 2 reunion sparked backlash, the yachtie is defending himself. He said that if he is actually the father, he wants to be involved in the child’s life in a June 18 Instagram post.

Jean-Luc broke his silence to explain why he’d been suspiciously quiet on his social media lately. “While others are off chasing their 15 minutes of fame, I am working on a yacht in Central America and heartbroken to have to hear about the baby’s birth on social media and read headlines like ‘Dani Soares Says Her Baby’s Father Doesn’t Want Anything to Do With It’ All I can say is if she’s mine, I want to be involved 100%,” he wrote.

Jean-Luc also said since he grew up with separated parents, he “wouldn’t wish that on any child,” and said that no one is more invested in finding out if Dani’s daughter is his.

After fans called on the Sailing Yacht star to take a paternity test, Jean-Luc posted a baby photo of himself to Instagram on Saturday June 19 to keep everyone in the loop. He said that he is planning to take a paternity test when the time is right, and that he’d actually gotten a surprising WhatsApp message from Dani. Unfortunately, he didn’t say what she’d said to him. 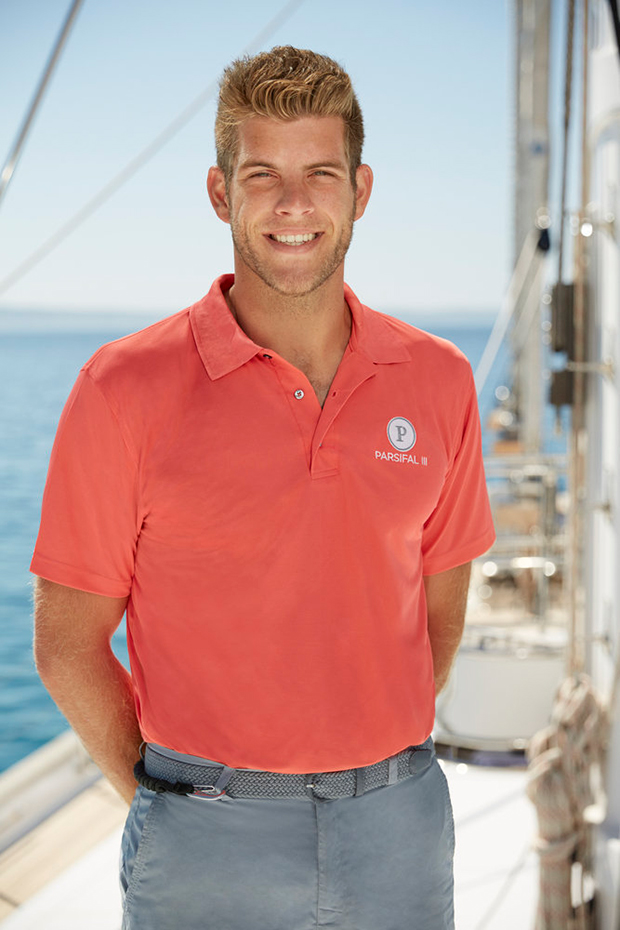 Jean-Luc also reiterated that he “absolutely” wants to be involved in the baby’s life, if she’s his. He also explained that he’s been posting on Instagram, because it’s “the only way I have to set the record straight about me not wanting to be involved if the baby is mine,” and noted that Dani had also blocked him on the app on December 31, 2020.

Dani announced her daughter’s birth in a May 29 Instagram Post, calling the baby “perfect,” and letting fans know that they were both “happy and healthy.” Rumors began to swirl that Jean-Luc wasn’t going to be a part of Lilly’s life, when a teaser for Monday June 21’s Below Deck: Sailing Yacht season 2 reunion was released. While Dani didn’t reveal her daughter’s father in the clip, she did accuse whoever it is of keeping his distance. “He thinks it’s not his child, he doesn’t want to have anything to do with it,” Dani says in a preview.

Jean-Luc did record a separate interview with Andy Cohen, which will air as the second part of the Below Deck reunion on Tuesday June 22 at 9 p.m. ET. In a teaser for his interview, Jean-Luc echoed the sentiments that he’d made in his Instagram posts. He told Andy he wanted “everything and anything to do with” Lilly, if she is his daughter.

Celebrities
Jennifer Aniston knows how to rock a red carpet, but even the 52-year-old Morning Show star has another A-lister she...
Lifestyle
Love Love Island? Our Factor 50 email brings all the goss direct to your inbox Love Island star Megan Barton...
TV & Movies
SOUTHERN Charm star Thomas Ravenel and his two children with ex-girlfriend Kathryn Dennis are living in a stunning $1.8M estate...
World News
Three people have died following an explosion in the green zone of Afghanistan's capital Kabul.While no group has claimed responsibility...
Beauty
After a few months of what seemed like the light at the end of the proverbial tunnel, the ultra-contagious Delta...
Fashion
On Rihanna’s latest night out, she hit up a bowling alley and restaurant in New York City with boyfriend, A$AP...
Recent Posts