A recent cover story on Jennifer Lopez featured quotes from many people from her past. But one from her ex-fiancé Ben Affleck stuck out, in which Affleck reveals he was “completely humbled” by Lopez during their romance. However, Matt Damon — one of Affleck’s longest and closest friends — once weighed in his take on Lopez and Affleck’s relationship. 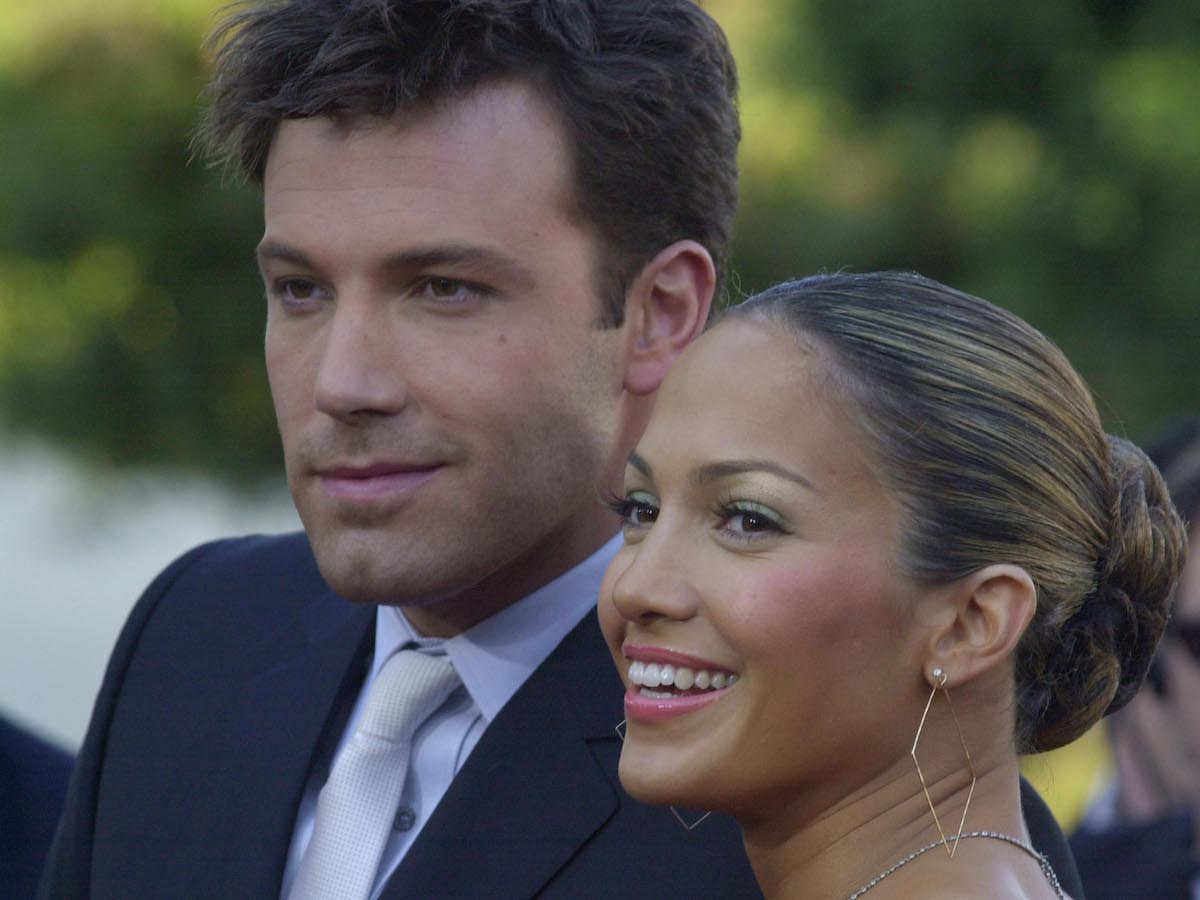 Affleck and Lopez, of course, were one of the biggest celebrity stories of the early 2000s. Collectively known as “Bennifer” by the media, the couple is often credited with inspiring the celebrity couple nicknames that combine two people’s or characters’ names. In that regard, Affleck and Lopez paved the way for modern “ship” culture, in which fans root for their favorite romantic pairings.

The two stars were together from 2002 to 2004. Their planned September 2003 wedding was postponed the day before it was scheduled to happen. And just a few months later, their breakup became official. During their relationship, Affleck and Lopez made two movies together, including the infamous box office bomb Gigli that damaged their respective careers as well.

Affleck became a mainstream Hollywood sensation in the late 1990s, thanks to movies such as Chasing Amy and Armageddon. However, perhaps his big turning point was the Oscar he won for co-writing Good Will Hunting with longtime friend Damon. In 2015, The Bourne Identity star told The Hollywood Reporter his side of the whole Affleck-Lopez media blitz.

“There’s nobody who’s more misunderstood. Ten years ago [in 2005], the public image of him could not have been farther apart from who he actually is. It was like he was being cast in a role, that he was a talentless kind of meathead, with his whole relationship with Jennifer Lopez. He just got cast as this person that he wasn’t.

It was just really painful. It was painful to be his friend, because it wasn’t fair, you know? To my mind, nobody really got him at all. And through his work, he climbed from the bottom of the mountain all the way back up to the top and past where either of us had ever been.”

To Affleck’s credit, he completely reinvented his image following his romance with Lopez. Affleck went on to direct acclaimed movies such as The Town and Argo. And he became Batman in the DC Extended Universe. The fact that Damon so empathized with his friend at the time, however, is a telling reminder of just how integral to each other’s lives the two men are.

Are Jennifer Lopez and Ben Affleck dating again in 2021?

Following Lopez’s recent breakup with Alex Rodriguez, she was recently seen hanging out with Affleck. Naturally, the media has jumped to conclusions regarding the nature of their relationship. After all this time, could “Bennifer” be making a comeback.

Not so fast, as sources recently told Entertainment Tonight the two stars are “just friends.” It remains to be seen if their friendship once again develops into something more. No doubt fans and media outlets will be keeping a close eye on the potential rekindling romance in the coming months.