You may heard the collective gasp when Bill Gates and Melinda Gates announced they were splitting.

That could be in part because the Microsoft co-founder is ranked No. 4 on the Forbes Billionaires List with a net worth of $124 billion, so all eyes are on how a settlement might play out. But some fans believed the power couple was rich in lasting love as well as finances.

Together for more than 27 years, the duo co-chaired the Bill & Melinda Gates Foundation, raised three children and spoke about their equal partnership leading to a lasting marriage.

“We are partners in both senses that people use the word these days: at home and at work,” Bill Gates, 65, said in a 2018 annual GatesNotes letter. 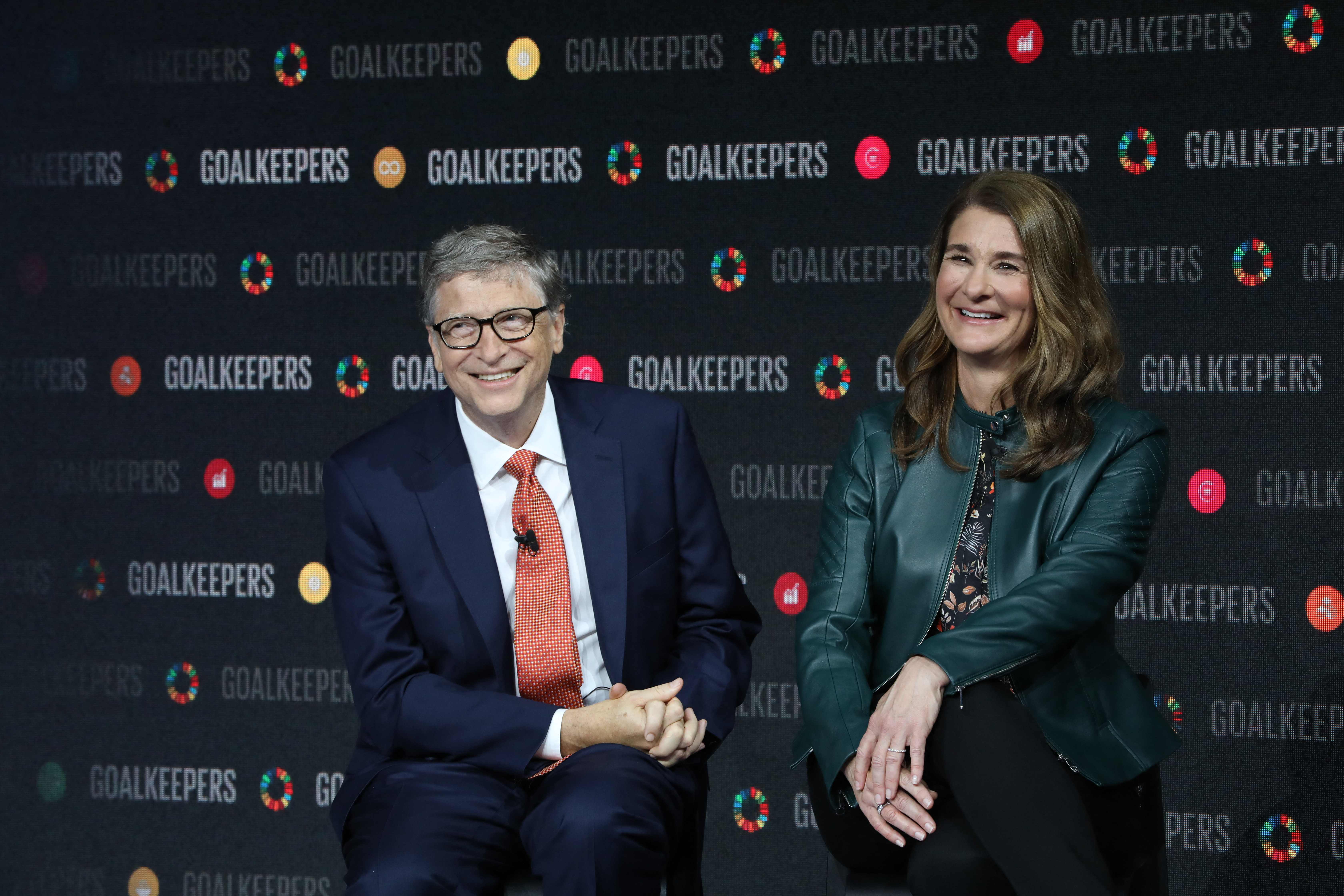 In this file photo taken on Sept. 26, 2018, Bill Gates and his wife Melinda Gates introduce the Goalkeepers event at the Lincoln Center in New York. (Photo: LUDOVIC MARIN, AFP via Getty Images)

On Monday, the couple shared a joint statement on Twitter announcing their decision to end their marriage.

“We continue to share a belief in that mission and will continue our work together at the foundation, but we no longer believe we can grow together as a couple in this next phase of our lives,” they wrote.

Here’s a look at what the couple has said about their marriage.

On how they first met

The couple met in 1987 when they were seated next to each other at a business dinner in New York City after Melinda Gates became a product manager at Microsoft.

The philanthropist, 56, shared more about their meeting in Netflix’s 2019 three-episode series “Inside Bill’s Brain.”

“He was funny and very high energy,” she said of their first chat, adding that she turned down his request to go dancing with friends at the end of the evening.

Go #InsideBillsBrain to learn how @BillGates and I met—and why I told him he wasn’t spontaneous enough for me. https://t.co/sdf3hIneyZpic.twitter.com/YrXSGE3xvF

On the decision to get married

More was revealed about the couple’s relationship in “Inside Bill’s Brain,” including that Bill Gates was so serious about marriage that he had made a pros and cons list on the commitment.

“He had to make a decision,” his wife said, noting the moment she walked into his bedroom and he was making the list. “His whiteboard had the pros and the cons of getting married,” she shared laughing.

“Bill wanted to be married, but he didn’t know whether he could actually commit to it and have Microsoft,” she said.

But after about a year, “sort of to our surprise, certainly my surprise, we said, ‘Hey, I love you.’ ” he said. “And she said she loved me and then it was like, ‘Wow, and now what is going to happen?’ “

On having ‘total equality’ with each other

In her 2019 book, “The Moment of Lift: How Empowering Women Changes the World,” Melinda Gates wrote about how her husband started driving one of their daughters to kindergarten, inspiring other wives to ask their husbands to pitch in on morning drop-offs.

They “didn’t quite have it right at first” when it came to dividing household duties or tasks, she said in an interview with USA TODAY.

“So often we assume – both the women and the men in the marriage – that stuff falls to the mom. I was trying to show how I had to look at these issues and I had to name my truth to my husband for us to be able to change,” she said. “I think people have a certain view of Bill, because he was a high-charging CEO running Microsoft. I think people must think, ‘Oh well, Melinda must not really have equality with Bill.’ Actually, I have total equality with Bill. But it took awhile for us to get there.”

The author talked more about tackling household chores in an April 2019 interview with Business Insider.

“One night I realized I was still in the kitchen a good 10, 15 minutes after everybody else doing the last-minute things,” she told the publication. “Sometimes in the moment my frustration or anger just comes out. So one night we stood up after dinner and people in the family started to melt away, like, off they go upstairs. So hand on my hips, I’m, like, ‘Nobody leaves the kitchen until I leave the kitchen!’ “

The couple equally divided the unpaid work it takes to run a household moving forward, she said at the time. 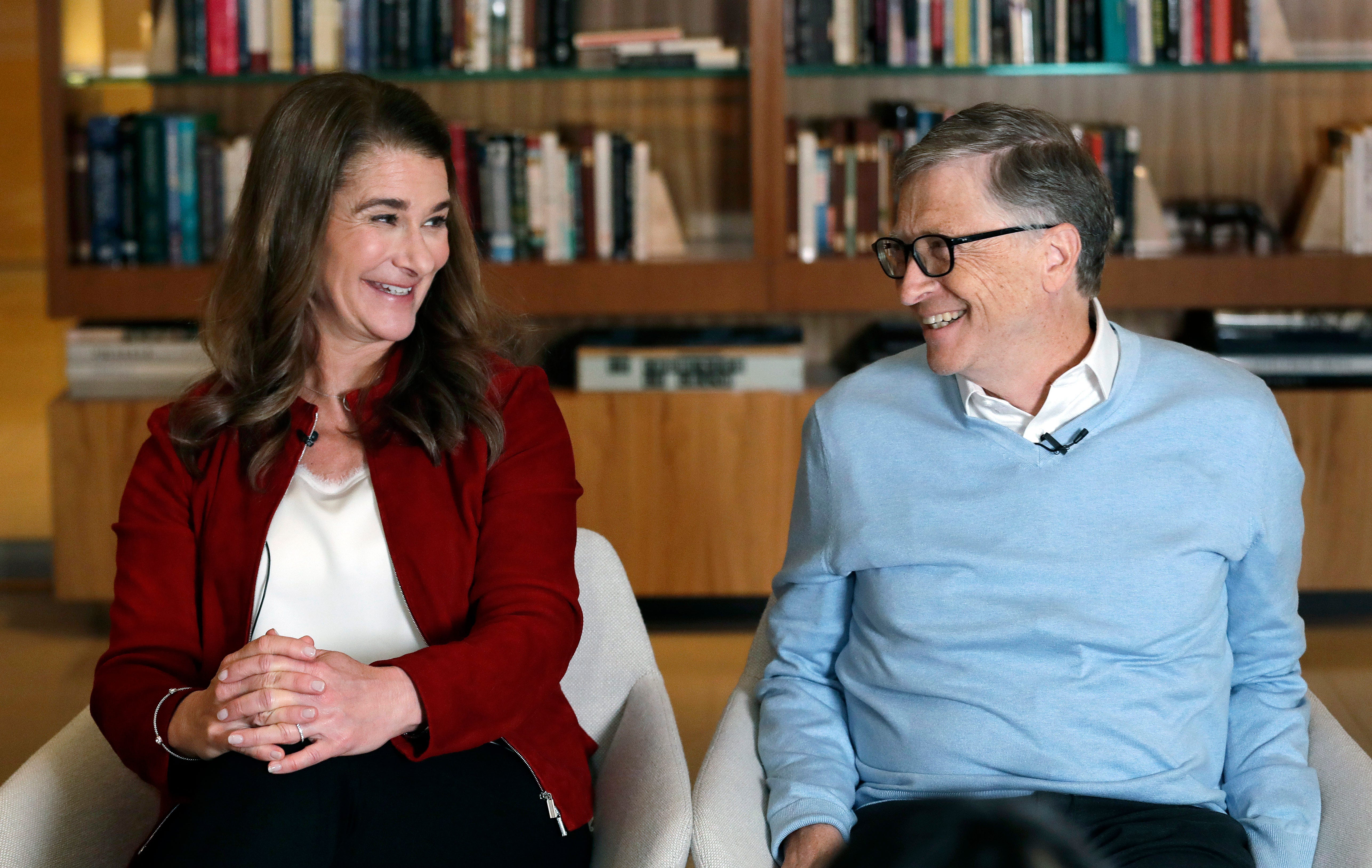 In this Feb. 1, 2019, file photo, Bill and Melinda Gates smile at each other during an interview in Kirkland, Wash. (Photo: Elaine Thompson, AP)

The couple reflected on working together in their 2018 annual GatesNotes letter, including how they handle disagreements.

“We agree on basic values. For our wedding, Bill’s parents gave us a sculpture of two birds side by side, staring at the horizon, and it’s still in front of our house. I think of it all the time, because fundamentally we’re looking in the same direction,” Melinda Gates said.

“Second, Bill is very open-minded, which isn’t necessarily how people perceive him,” she said. “I love Bill because he has a kind heart, listens to other people, and lets himself be moved by what they say.”

Her husband agreed. “As she says, our common values serve us well. We agree on the big issues. Our occasional disagreements these days are over tactics. Because I’ve been a public figure longer, and because I’m a man, some people assume I am making the big decisions. That’s never been the case.”

On their agreement about his ex-girlfriend

In a 2001 Time magazine exposé about the software developer, Bill Gates revealed that he was still “close friends” with ex-girlfriend and businesswoman Ann Winblad and that the two would vacation together every year – an agreement he made with his wife.

“We can play putt-putt while discussing biotechnology,” Gates said. Winblad added, “We share our thoughts about the world and ourselves.”

After the couple broke up in 1987, Winblad gave Bill Gates her approval to marry Melinda Gates, he shared.

“I said she’d be a good match for him because she had intellectual stamina,” Winblad said.