Naomi Osaka, face of the Tokyo Olympics, knocked out in third round

Billie Eilish and actor Matthew Tyler Vorce were spotted out together.

The two were photographed grabbing coffee while out and about in Santa Barbara, California, this week. In the pic, the “When The Party’s Over” singer is casually dressed in black biker shorts and a Snoop Dogg hoodie with a coffee in hand. The actor rocked a teal crewneck, jeans, a baseball cap and face mask. Eilish and Vorce were accompanied by her pitbull, Shark. ET has reached out to Eilish’s rep for comment.

Vorce, 29, describes himself as a LA-based “actor, writer, degenerate,” per his private Instagram bio. The actor is known for roles in Mother, May I Sleep with Danger?, Little Monsters and Dark Hours: Typee. 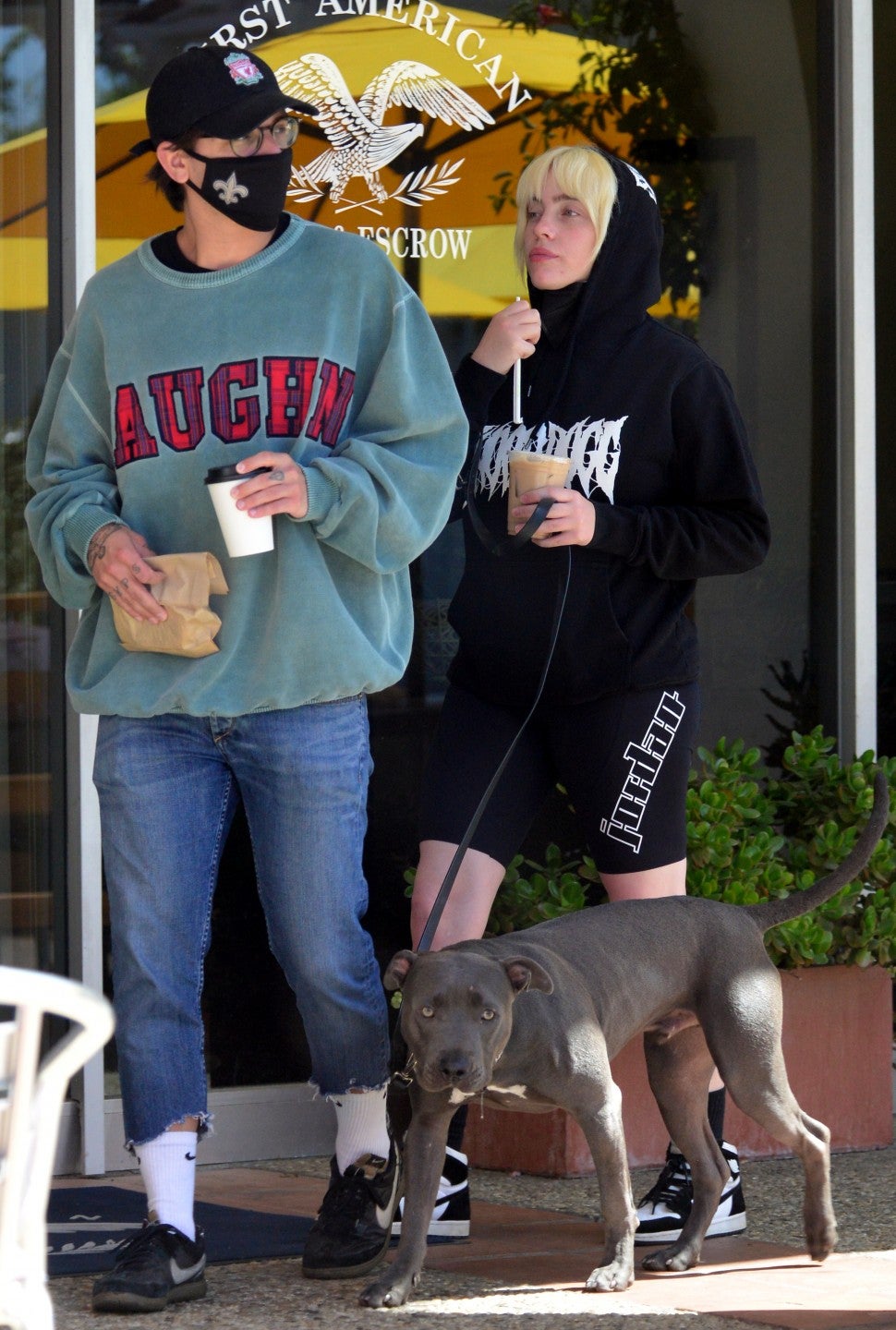 In additional photos shared by Page Six, the 19-year-old GRAMMY winner is seen cozying up to Vorce and laying her head on his shoulder. The two have yet to address their relationship status.

In Eilish’s Apple TV+ documentary, Billie Eilish: The World’s a Little Blurry, the private singer did open up about her relationship with her ex-boyfriend “Q,” aka Brandon Adams, aka rapper 7:AMP.

The pair share “I love yous” and frequently talk on the phone over the course of the film, but the relationship is strained by Eilish’s career demands and Q’s inconsistent behavior. As the documentary carries on throughout Eilish’s whirlwind year, she and Q grow apart and ultimately split.

“I just wasn’t happy,” Eilish says, sharing that while she still loves Q, they didn’t want the same things and was tired of trying to “fix” him. “I don’t think you should be in a relationship super excited about things that the other person couldn’t care less about…. There was just a lack of effort, I think. I was like, ‘Dude, you don’t even have enough love to love yourself, you can’t love me. And you don’t.'”

For more on Eilish, watch below.

Celebrities
Bob Newhart may be known to audiences now for his guest appearances on "The Big Bang Theory" as Professor Proton...
Lifestyle
More On: scott disick Sutton Stracke says Amelia Hamlin and Scott Disick won’t last Scott Disick, Amelia Hamlin enjoy family...
TV & Movies
Queen of the South: USA Network teases season finaleWe use your sign-up to provide content in ways you've consented to...
World News
TOKYO — It’s tennis, where upsets and off days are commonplace, especially when you haven’t played in nearly two months....
Beauty
Jennifer Lopez celebrated her 52nd birthday over the weekend and broke the internet by finally going Instagram-official with BF Ben...
Fashion
A WOMAN who who quit her job as a 'broke' vicar now lives in a million-dollar mansion and earns $100k...
Recent Posts