Brad Paisley is the reason one Nashville man is beginning 2021 on a positive note.

The singer was one of several country stars who sent condolences and messages of hope to Music City residents whose homes were ravaged by the Christmas Day bombing.

Local musician Buck McCoy was one of many downtown residents displaced by the blast. The entertainer also lost his cat Molly, but fortunately was reunited with her on New Year's Eve thanks to the help of local officers.

McCoy revealed in a new video shared by TMZ that Paisley was very supportive, going as far as gifting him a fancy new guitar autographed by the star himself. 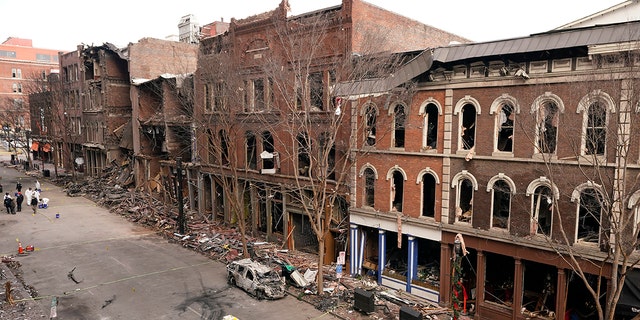 In this Tuesday, Dec. 29, 2020 file photo, debris remains on the sidewalks in front of buildings damaged in a Christmas Day explosion in Nashville, Tenn.
(AP Photo/Mark Humphrey)

"Oh my God, look at this! This is so gorgeous," McCoy says to the camera while unveiling his new instrument. "Wow, it's so light. I love it, man. Thank you so much, Brad. This is a dream come true. I really appreciate you sending me this guitar. I will treasure it forever."

The artist revealed Paisley's signature on the guitar along with a kind message that reads, "Buck, twang on pal. Glad you're still here – Brad."

McCoy said he was "getting chills" and promised that he would "write a hit on this sucker right now." 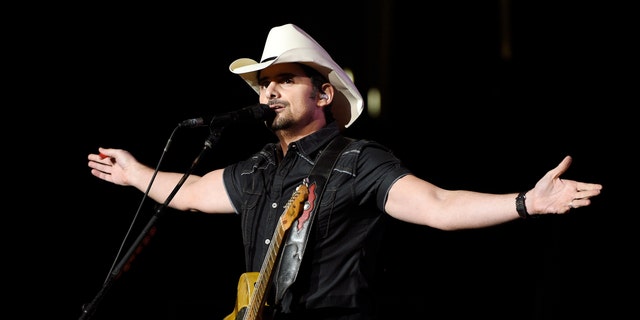 Authorities last week identified the bomber as 63-year-old Anthony Quinn Warner, who died in the blast. The bomb went off shortly after a pre-recorded warning message blared from Warner's RV.  Several people were injured, but there were no fatalities.

A Go Fund Me page set up for McCoy explained that he was in his apartment on Second Avenue when the bomb exploded and that "all" of his clothes, instruments, documents and his vehicle were destroyed. As of Saturday, the page has raised over $36,000.

A number of country stars and professional athletes based in Nashville reacted to the terrifying blast on Christmas morning, offering condolences to business owners and residents.