Britney Spears loves her Instagram dance videos! Watch the pop star show off her moves in a lace bra and sheer tights.

Another day, another iconic Britney Spears Instagram dance video. The pop star, 39, shared a new clip of her dancing to an upbeat pop song while donned in a sexy red lace bra and black sheer tights. She captioned the October 6 post, “RED.”

There’s a lot for the “Baby One More Time” singer to dance about these days. On September 29, Britney’s estranged father Jamie was suspended from her decades-long conservatorship during the latest court hearing centered on the matter. Up until then, the Spears patriarch, 69, held the role of conservator since the enactment of the conservatorship in 2008. Britney had been vocal about her desire to remove Jamie from her arrangement, accusing him of conservatorship abuse and expressing a desire to press charges against her family in previous court hearings.

“I would honestly like to sue my family,” she said in a June hearing. “I’m told I’m not allowed to expose the people who did this to me. My dad and anyone involved in this conservatorship and my management who played a key role in punishing me . . . they should be in jail. This conservatorship has allowed my dad to ruin my life.” In the interim, John Zabel, a certified public accountant, will replace Jamie. While the conservatorship still remains in place, another court hearing has been scheduled for November 12 to discuss terminating it altogether — a decision that Britney has also called for. 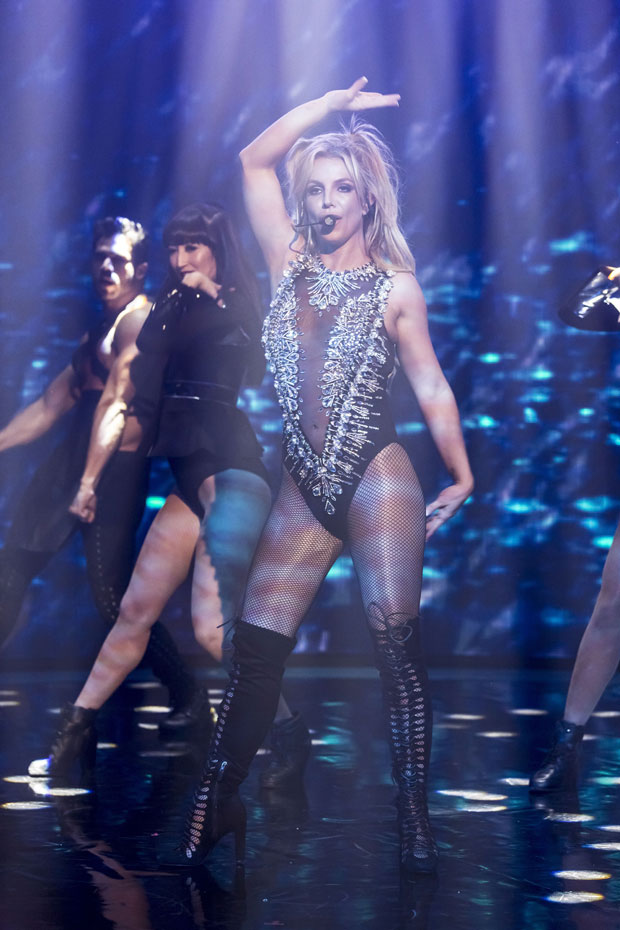 Britney’s new video comes a day after she called out her family for their lack of support on Instagram. “I suggest if you have a friend that’s been in a house that feels really small for four months … no car … no phone … no door for privacy and they have to work around 10 hours a day 7 days a week and give tons of blood weekly with never a day off … I strongly suggest you go pick up your friend and get them the hell outta there,” she wrote. “If you’re like my family who says things like ‘sorry, you’re in a conservatorship … probably thinking you’re different so they can fuck with you !!!!”

Britney thanked her attorney Mathew Rosengart in the post, too, “who has helped change my life,” she wrote.