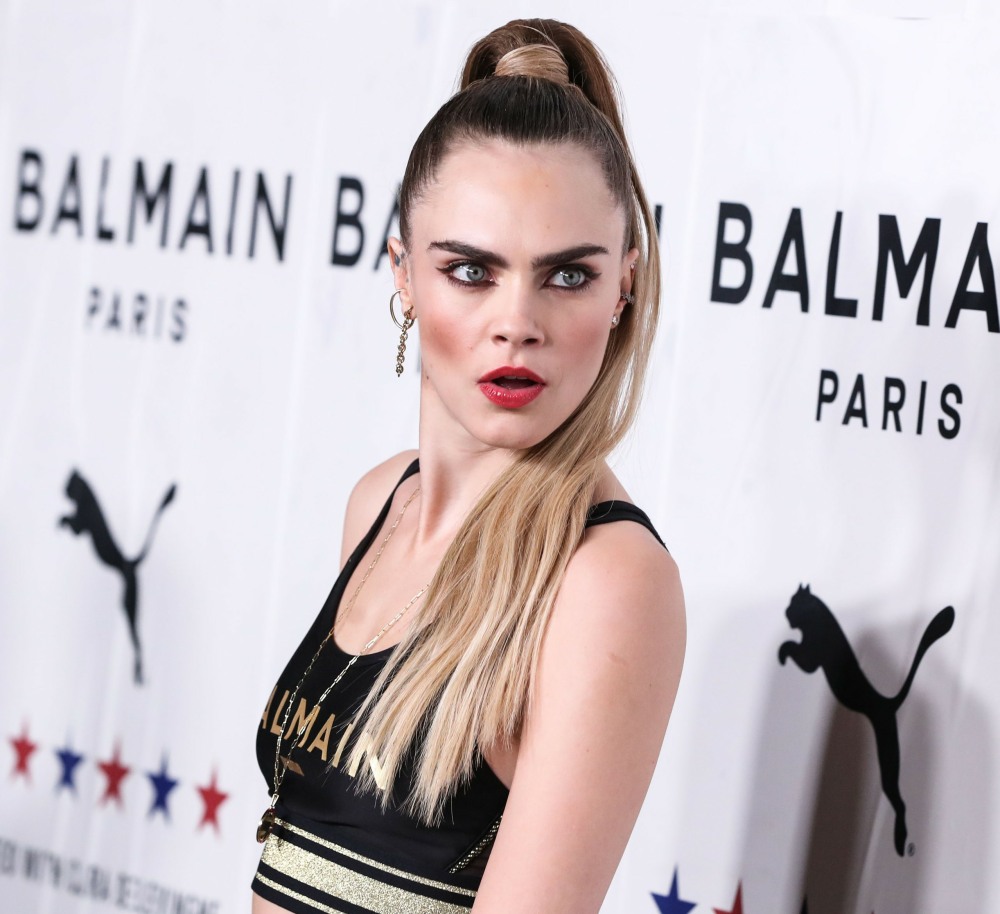 Judging from the social media photos and anecdotal reports, it sounds like too many people actually partied on New Year’s Eve, and spent time with their extended families over Christmas. I don’t get it. I haven’t gotten why this is so damn hard for people over the past year. Just… don’t party. Don’t go out unless you have to. Don’t throw big gatherings full of friends and loved ones. But here we are, with terrible coronavirus infection numbers across the US and Europe, and what will likely be an even bigger post-holiday spike in infection and hospitalization numbers in the coming days and weeks. Well, the rich and infamous are no exception to covidiocy. Apparently, Cara Delevingne’s family rented out a mansion, hired tons of servants and threw a massive Christmas gathering. From the DM’s gossip column, Eden Confidential:

While millions were forced to cancel long-planned celebrations with family elsewhere in the country, Cara Delevingne enjoyed a Christmas fit for an aristocrat. I hear the top model and actress’s father, Charles, hired a Palladian mansion in Oxfordshire for a lavish party for four generations of their family, complete with staff to deal with the more mundane tasks of seasonal cooking and cleaning.

‘Charles spent a fortune and went to some lengths to keep it all private,’ I’m told, ‘but the number of cars — plus the comings and goings of the staff — meant it was never likely to stay secret for long.’

The jamboree was held at Aynhoe Park, a 17th-century country pile where rocker Noel Gallagher threw a raucous 50th birthday party and Jade Jagger celebrated her wedding. The Grade I-listed property has 28 bedrooms and is packed with quirky treasures including giant glitterballs, a stuffed zebra rocking horse and a polar bear guarding ancient artefacts. Its gardens were designed by Capability Brown. The house, which was visited by Charles I and Sir Winston Churchill, is owned by Charles Delevingne’s fellow property developer James Perkins, who made his fortune from raves. Perkins is a close friend of Cara’s sister Chloe.

Boris Johnson effectively cancelled Christmas for much of the country when he announced a new ‘stay at home’ order on December 19 that covered London and much of the south and east of England.

Charles and his wife Pandora, who have homes in Tier 4 London and Sussex, hosted the party, which is understood to have been attended by Chloe, her sister Poppy and their families, as well as Los Angeles-based Cara and her grandmother, Jane Stevens. The Delevingne sisters are prolific on social media and usually share photographs of their partying with millions of followers. However, the only picture posted online by Cara was taken at Poppy’s West London home weeks before Christmas. Cara said she was celebrating ‘with the fam’.

When I ask Charles about his hiring of Aynhoe, he remarks, nonchalantly: ‘And your point is?’ He insists it’s ‘wrong’ to suggest they breached restrictions, but declines to give further details.

Celebrities are really planning out their efforts to thwart public safety measures and host superspreader events, huh? That’s what really bothers me too – Cara probably didn’t speak up to her family and say “this is wrong, we can’t do this,” yet she’s “smart” enough to avoid posting about it on social media because she knows she would be criticized (and she would well deserve it). I just don’t understand why people feel like they *need* to party or throw these lavish, well-attended gatherings. I would feel horrible if I was in the position to shut down a superspreader event and didn’t do it. I would feel horrible if the superspreader event was for FOUR generations of my family! Jesus. 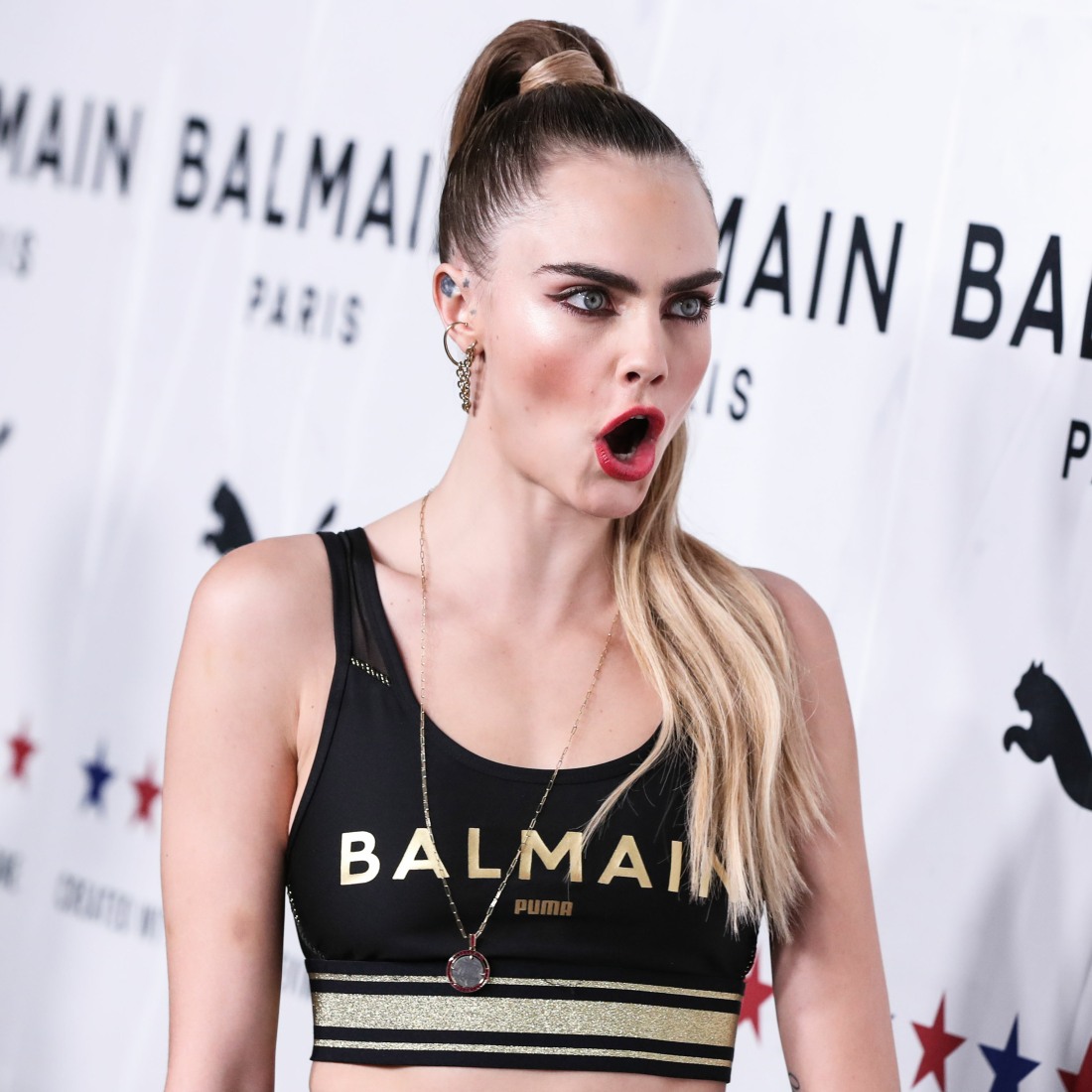 Celebrities
It’s always been the case that Donald Trump only has the power we give to him. Once we all collectively...
Lifestyle
Virtually chic! Designers including Christian Dior, Ziad Nakad and Farhad Re showcase their one-of-a-kind SS21 collections at online Paris Haute...
TV & Movies
WandaVision continues to tease Marvel fans with its ever-deepening mystery. Wanda (Elizabeth Olsen) and Vision (Paul Bettany) appear to be...
World News
A Playboy model who posed topless in a Dubai desert has hit back trolls accusing her of insulting the law.Brazilian...
Beauty
When you want to get a workout in but you don't have much gear or time at hand, it helps...
Fashion
CLEANING fans are going wild for Mrs Hinch’s new homeware range in her signature style, and you guessed it -...
Recent Posts
We and our partners use cookies on this site to improve our service, perform analytics, personalize advertising, measure advertising performance, and remember website preferences.Ok