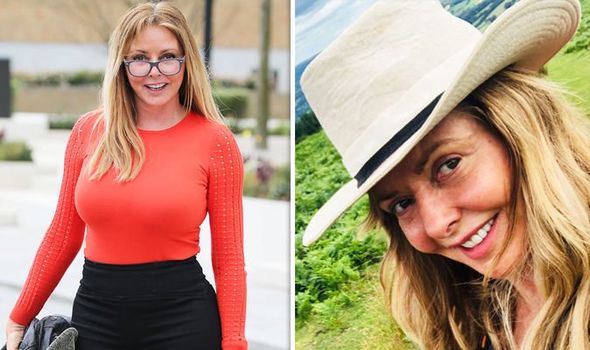 Carol Vorderman, 58, shared a glimpse of her “blissful” day in the Brecon Beacons yesterday in view of her 407,000 Twitter followers. The former Countdown presenter revealed she had opted to go make-up free for her climb in the countryside and “left her high heels at home”. Abandoning her signature glamorous look for the day, Carol showed off her natural beauty as she posed for the camera in the picturesque location. The mathematics expert embraced the summer in a cream hat and accessorised with a pair of mirrored sunglasses, which she wore around her neck.

Was shattered so hitched a lift with Adam the policeman.

Carol captioned the photos: “Another blissful day in ⁦@BreconBeaconsNP⁩… left the make up and the high heels at home… so happy.”

However, the star revealed she encountered some difficulties later in her journey as she became “shattered” by the climb.

She continued: “But after 20 miles and 2,000ft climb was shattered so hitched a lift with ADAM THE POLICEMAN @DyfedPowys… we now love Adam…”

Fans took to the comments section of Carol’s post to share their thoughts about her eventful day.

One wrote: “Stunning views Carol. Will definitely visit the Brecon Beacons this year.”

Another cheekily added: My timing is way off… will be driving through @BreconBeaconsNP tomorrow afternoon… I would have offered you a lift… lol.”(sic) 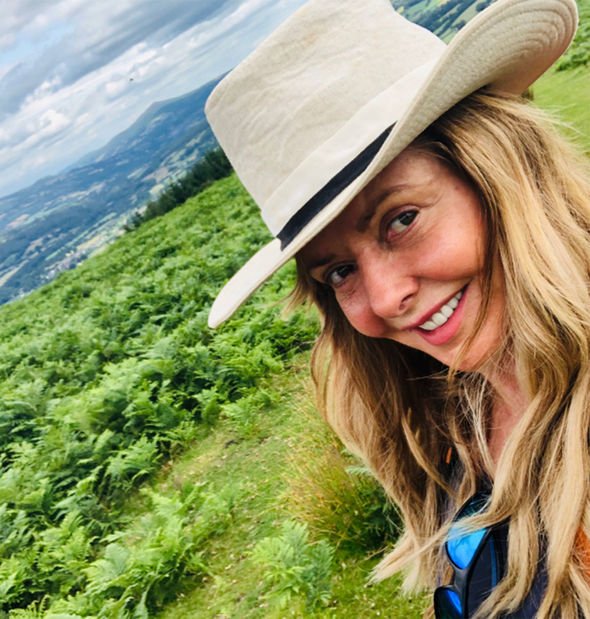 “Oooo love a man in uniform”, a third replied.(sic)

A fourth admirer gushed: “Would you be terribly upset if I were to observe that you look a million times better without the make up???? Because you do…”

Elsewhere, Carol Vorderman caused a stir when she posted a snap after her BBC Radio Wales show in a figure-hugging patterned jumpsuit.

The star was nipped in at the waist with a black belt and wore her caramel tresses loose over her shoulders. 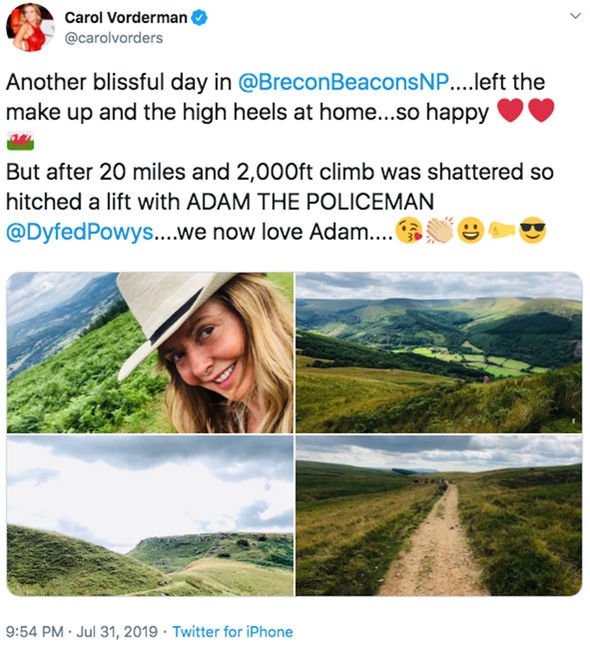 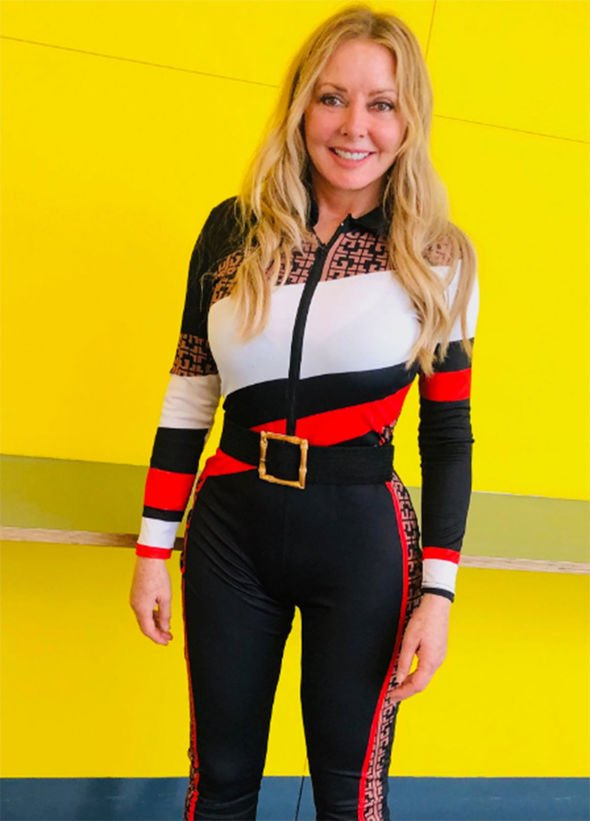 Carol was complimented on her outfit during the show by her co-star Owain Wyn Evans, as she revealed her hopes to become part of a Formula One team.

Owain said in reference to the ensemble: “I’m liking the outfit you’re wearing today by the way.”

Carol exclaimed: “Do you?”

She later continued: “It is [a jumpsuit] with a zip up the middle. I feel as though I should be on the Formula One grid at the start of the race.

“It’s got that sort of checkered thing and the black, red and white.”

Owain described the jumpsuit to listeners, explaining: “Well there is very little rest for the eye. It’s gorgeous. Very patterned.”