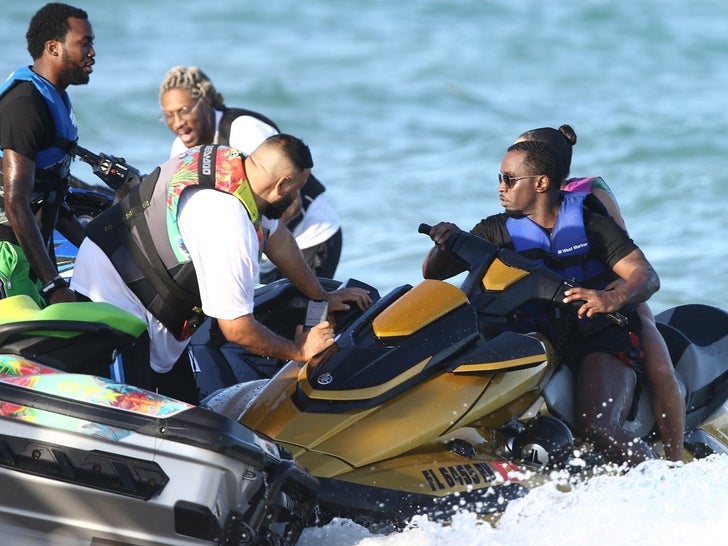 Diddy and Future are out to prove friends who jet ski together stick together … even if one of them is dating the other’s ex.

The hip-hop stars tore it up on the water Thursday as they enjoyed a sunny Miami afternoon on jet skis to start the year off right. DJ Khaled and Meek Mill also joined in on the fun.

Pretty typical stuff for a group of rich guys, but what’s interesting here is Future’s now dating Steve Harvey‘s daughter, Lori … who was romantically linked to Diddy just this past summer.

Doesn’t appear to be an issue at all between the rappers, though … and the mystery hot chick riding behind Diddy might be one of the reasons why. 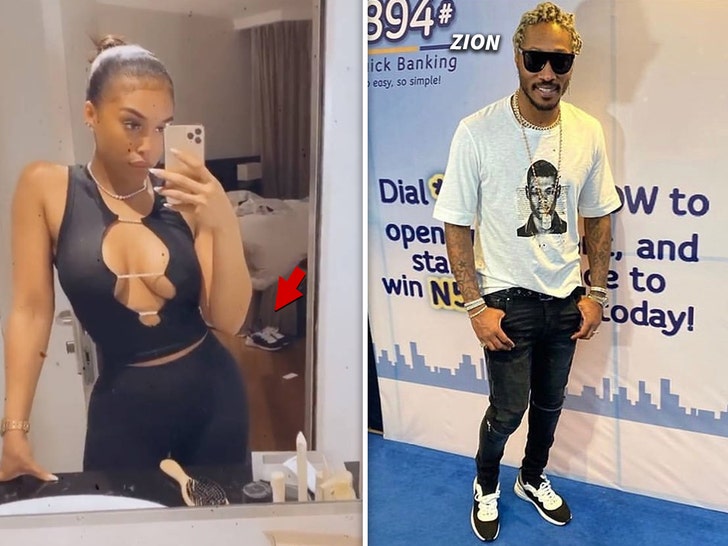 As for Future and Lori … the 2 sparked dating rumors in November when she attended his bday party in Atlanta, and confirmed it recently. Lori traveled to Nigeria last weekend for Future’s first headline concert in Africa, and eagle-eyed fans noticed the shoes he was wearing were also in the background of a mirror selfie snapped by Lori.

They were together again in Vegas for New Year’s Eve … and all signs point to Diddy’s stamp of approval for 2020. 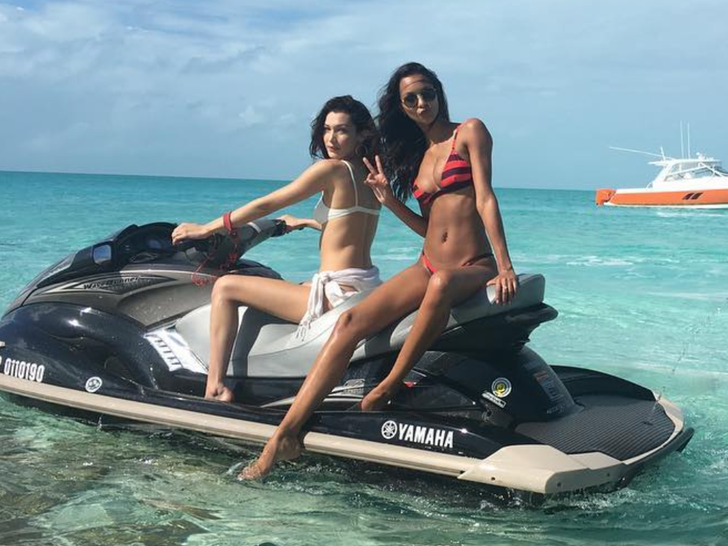