Donald Trump has arrived in London.

The President of the United States, who is currently overseas to attend a two-day NATO summit, met up with the royals on Tuesday. In the afternoon, Trump and the First Lady of the United States, Melania Trump, enjoyed tea with Prince Charles and Camilla, Duchess of Cornwall, at Clarence House. After greeting the Trumps, the foursome posed for photos together.

For the occasion, Melania donned a yellow Valentino cape coat (£4,600), featuring purple accents that matched her heels. Camilla also donned a cape for the meeting, pairing the jacket with a red dress. According to reports, the Trumps arrived at Clarence House just before 6 p.m., about 40 minutes after their expected arrival time.

This tea gathering occurred shortly before the Trumps arrived to Buckingham Palace on Tuesday evening for a reception, hosted by Queen Elizabeth II, which Prince Charles and Camilla attended as well.

Kate Middleton was also present at the reception at Buckingham Palace, donning a gorgeous green ensemble for the event. Prince William was not by his wife’s side at the reception, as he’s currently on a four-day tour of the Middle East. 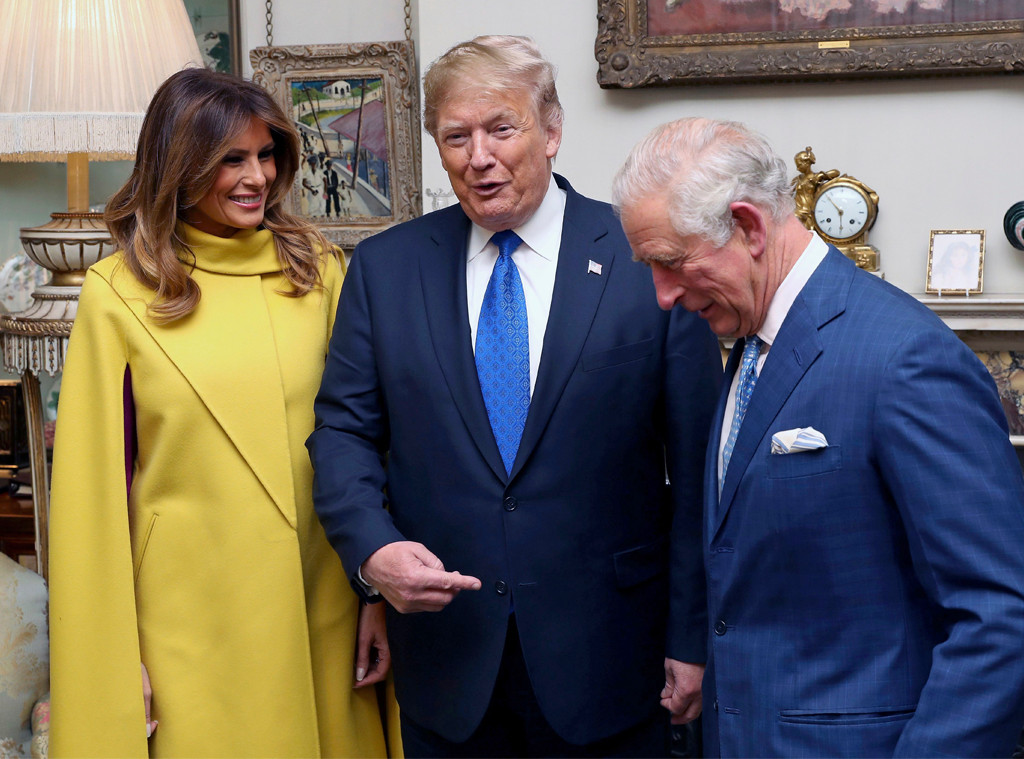 Meghan Markle and Prince Harry were also absent from the event on Tuesday, as previously reported, the couple is currently taking a break from the spotlight.

“The Duke and Duchess of Sussex are looking forward to extended family time towards the end of this month,” a spokesperson for the Duke and Duchess of Sussex announced in mid-November. “Having spent the last two Christmases at Sandringham, Their Royal Highnesses will spend the holiday this year, as a new family, with the Duchess’ mother Doria Ragland.” 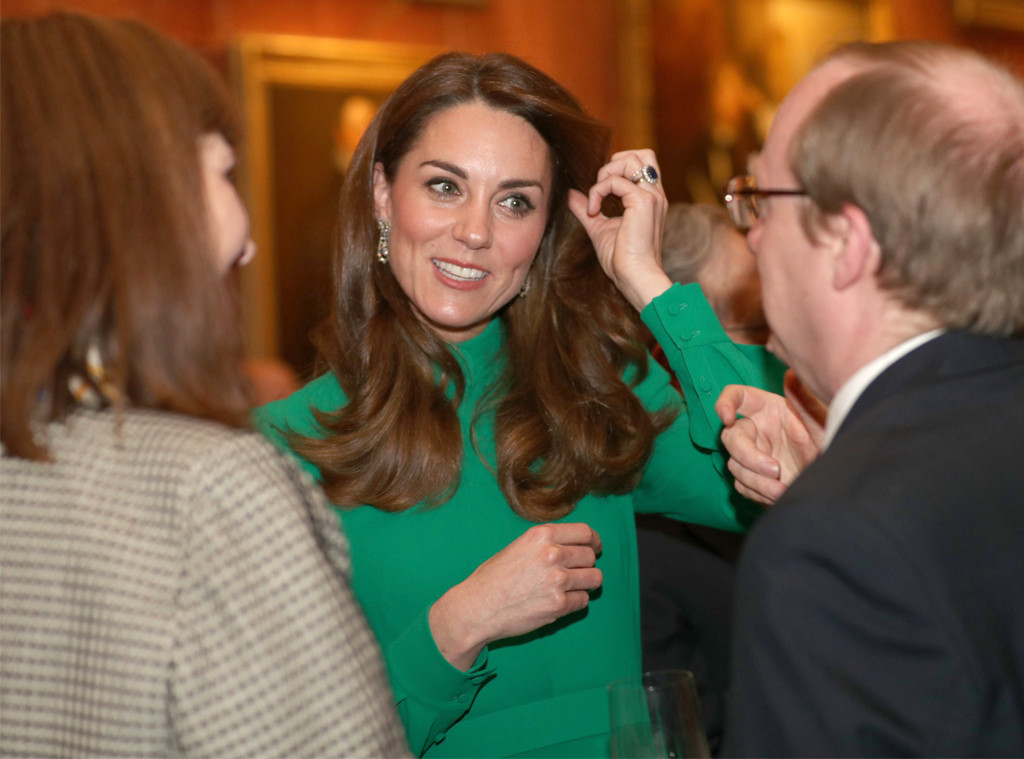 Harry and Meghan, who welcomed baby Archie Harrison in May, are believed to have spent time in the U.S. for Thanksgiving.

“As we record this, the Sussexes are away, they are on their break right up until Christmas,” royal expert Omid Scobie recently said on The HeirPod podcast. “I understand that they celebrated Thanksgiving privately with close family, which is lovely.”