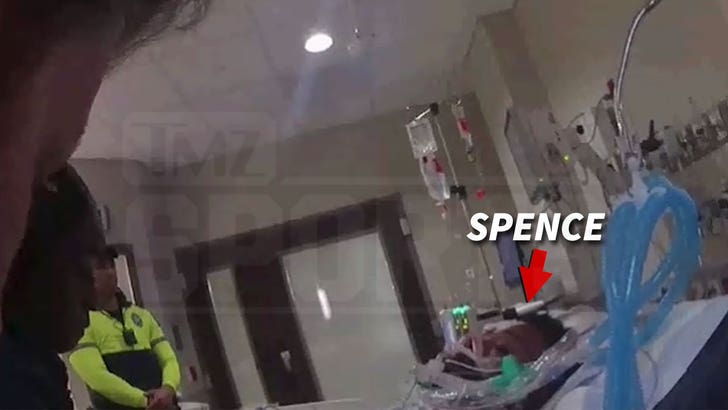 TMZ Sports has obtained police video from Errol Spence Jr.’s horrifying Ferrari crash which shows a cop scrambling to get a blood sample from the boxer while he was being treated at the hospital.

… plus, the footage also shows officers found a loaded, expensive handgun at the crash scene.

As we previously reported, Spence — one of the best boxers in the world — wrecked his Ferrari during an Oct. 10 crash that was captured on video.

It’s a miracle the 29-year-old survived … ’cause the car was ripped to shreds — and the dude was EJECTED from the vehicle after impact.

Spence was immediately transported to a nearby hospital where investigators rushed to get a blood sample because they suspected Spence had been driving under the influence of alcohol.

Obviously, time is of the essence for a DUI-blood draw … because the more time passes, the harder it is to determine the BAC at the time of the crash.

Spence’s blood showed he WAS intoxicated … and he has since been charged with DWI.

The good news … we’re told Spence is recovering well and is even expected to fight again in 2020.

Back to the crash scene … the police body cam video shows responding officers surprised over a firearm they found at the scene — which they note is a pretty expensive weapon. 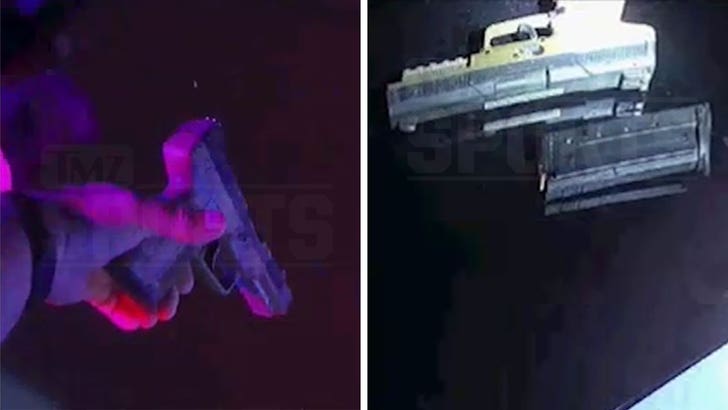 You can hear the cops talking about the gun … with one of the officers saying jokingly, “It’s only a $1,000 gun!”

Errol was not hit with any legal issues over the weapon because a spokesperson for the Dallas Police Dept. tells us, essentially officers couldn’t link it to the boxer.

The spokesperson added the firearm has since been placed in the department’s property room.