The following is part of a four-part series highlighting all that Missouri has to offer in the worlds of food, art, music and adventure. Missouri – or “Mo,” as we refer to her – has no shortage of places to explore, so whatever you’re after, there’s a Mo for every M-O.

Calling Missouri the “Show-Me” State increasingly feels like a partial description — especially when it comes to today’s food scene. “Show Me the Burnt Ends, the Bibs and the Brisket,” might be a more apt descriptor. Kansas City has always been a headliner in the U.S. barbeque scene (and there are 50-plus places to try in that area alone), but pitmasters across Missouri these days offer a diverse set of styles and specialties that go well beyond the state’s sweet-sauced signature spirit. These five must-try spots truly, ahem, show it. 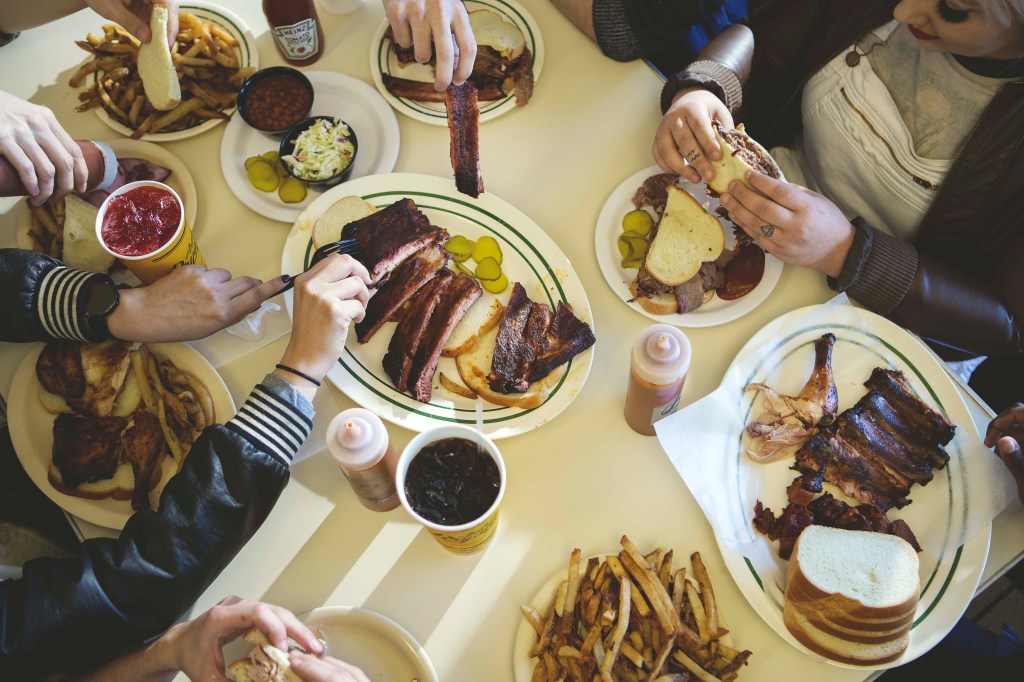 Of the thousands of barbeque joints across the U.S., how many have ever been called the best restaurant in the world? At least one Kansas City institution can make that claim. Arthur Bryant’s started more than 100 years ago, though the restaurant retains its place among Missouri – and, really, the U.S. – barbeque royalty for its continued excellence. It’s the kind of spot where no one blinks twice when a sitting president swings by, whether that means Harry Truman or Barack Obama some six decades later.

As legend has it, KC’s most famous barbeque dish, burnt ends, actually originated here. They started as a way to simply keep people in the long lines happy – a free, snacky meat bite to preview what awaited hungry patrons at the register. It’s still probably the item to get if you inexplicably want to limit yourself, but trust, the savory snacks are only a gateway to an expansive menu that sports everything from smoked turkey to pulled pork. 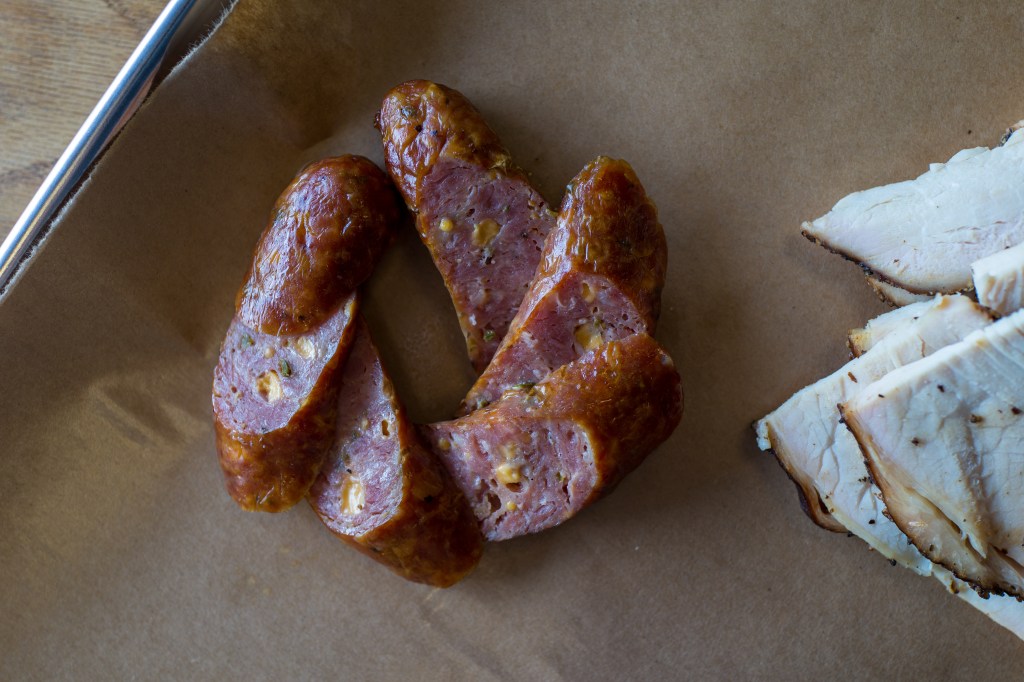 “Kansas City” and “St. Louis” are far from the only barbeque styles thriving across the state. In fact, one of the best places to get the famed Texas barbeque outside of the Lone Star State is … Springfield, Missouri, of course.

City Butcher offers all of your barbeque faves from smoked turkey to pork belly (which they affectionately refer to as “meat candy”), though the sausages still reign as the must-have menu item. And if that’s not enough, City Butcher’s take on brisket — cooked only with salt, pepper, and smoke then sliced in front of customers for the perfect balance of fat, moist meat, and char — is unlike anything else you’ll find in the state. 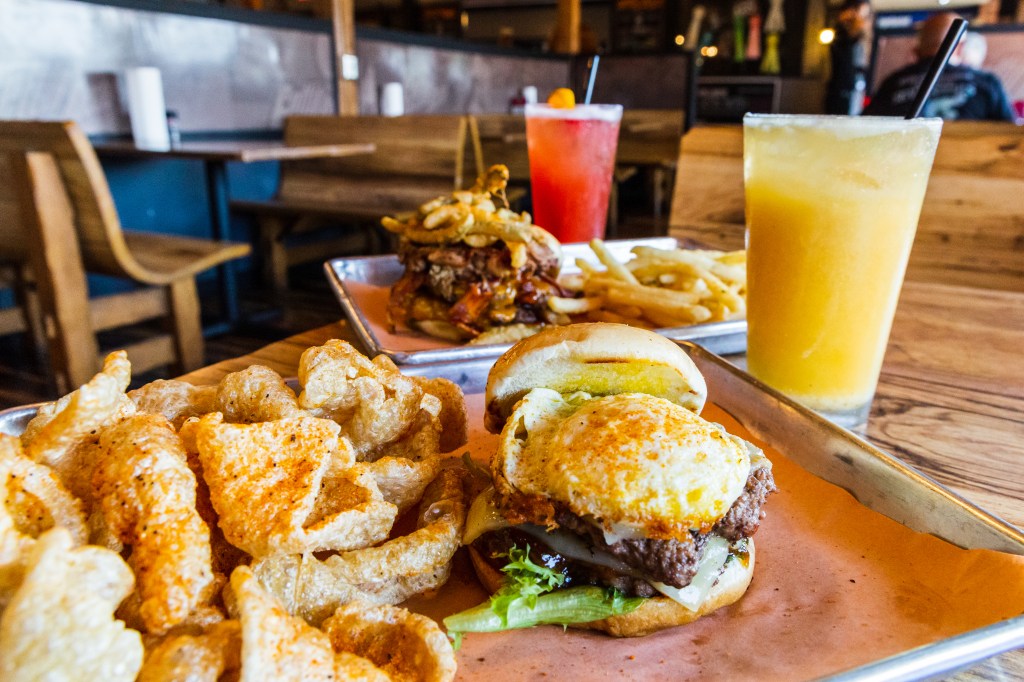 Barbeque nerds who recognize the acronym “KCBS” probably already know about pitmaster Brad Leighninger. That’s because the Kansas City Barbeque Society holds worldwide competitions, and Leighninger is one of its most successful champions. At times, he’s competed in more than 50 competitions per year and reached such heights as the world’s No. 1 ranking.

Leighninger is not a full-time barbeque competitor today because he’s also busy running his restaurant, Gettin’ Basted. Here, you can try Leighninger’s take on some of barbeque’s greatest hits (Memphis pulled pork, Kansas City burnt ends, St. Louis ribs, Austin brisket) as well as originals like his “Porker” sandwich, which combines pulled pork, bacon, pork rinds and, yes, pork ribs. Barbeque favorites withstanding, the man’s potato salad once earned him $1,000, so there’s really no way to go wrong even on the sides portion of the menu. 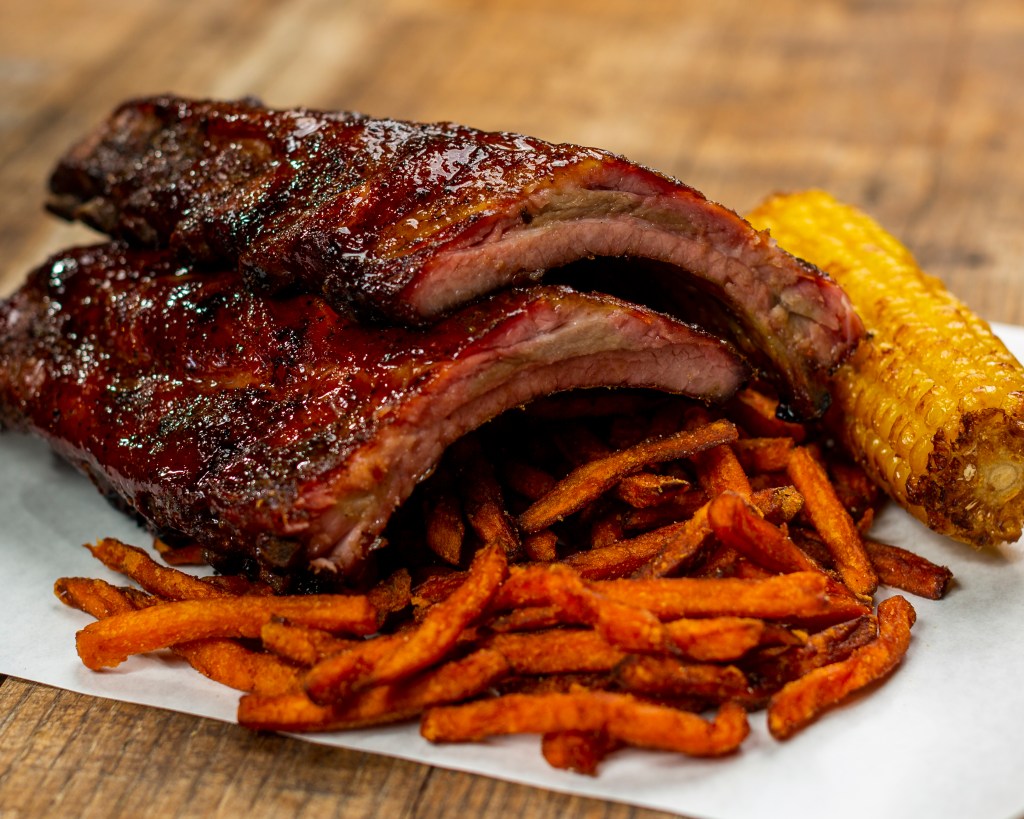 For a long time, “St. Louis-style” barbeque meant ribs – specifically, fall-off-the-bone, grilled pork spareribs lathered in a sweet sauce. But when Pappy’s came around in 2008, it expanded the horizons of the city’s signature style. These ribs were a bit sturdier and had less slather, but were every bit as (if not more) delicious.

Today you’ll find lines (not to mention daily “sold out” notices) queued up for Pappy’s slow-smoked, dry-rubbed baby back ribs. When finished with a Kansas City-style sauce, this dish essentially pairs Missouri’s two native contributions to the global barbeque lexicon. As you might expect, Pappy’s has attracted attention from far and wide for its local fare, having been recognized by everyone from the Travel Channel to ABC’s The Chew for its barbeque excellence. The Food Network once even called it the “top barbeque spot in the U.S.,” making it a must-try destination for any traveler stopping through “the Gateway City.” 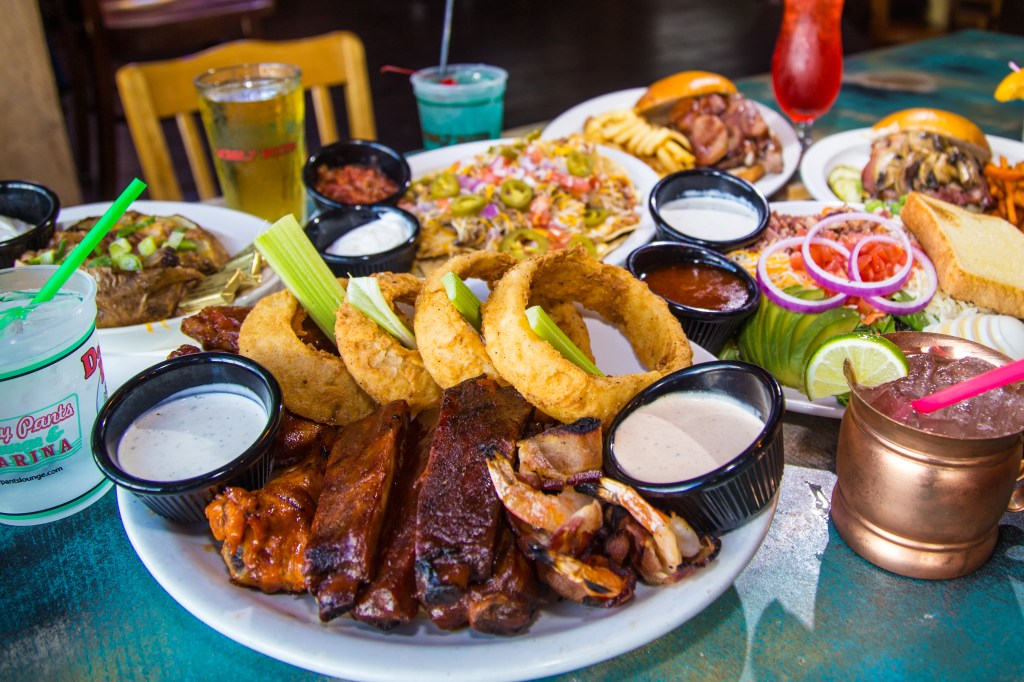 Wobbly Boots is much more than just a BBQ joint – there are burgers and pub fare, ample TVs for sports watching, and at least two dozen beers and bourbons to peruse. All of that’s to say: It’s easy to understand why the place has become a go-to spot to dry off from a day on nearby water.

At the same time, Osage Beach’s local lifestyle magazine named Wobbly Boots the best BBQ in the area, annually, for all of the 2010s. What’s more, the restaurant doesn’t stick to any single regional style. Texas brisket meets Tex-Mex in quesadilla form, which sits right next to Kansas City burnt ends on the menu, but St. Louis – and Memphis-style ribs still reign supreme as Wobbly Boots’ signature dishes. The baby back ribs get dry rubbed, smoked, then grilled, and the pork spareribs are slow-roasted over hickory then basted with the house sauce. Either will induce finger licking.