Gigi Hadid still hasn’t revealed the name of her baby girl born on Sept. 19, 2020. But pal Taylor Swift’s fans think that the singer revealed it in an Easter egg clue on her new album ‘Evermore’

Taylor Swift did a beautifully sly job of name checking pal Blake Lively and Ryan Reynolds‘ three daughters on her Folklore album, finally revealing that their youngest daughter’s previously unknown name is Betty. Now Swifties think she’s done it again with another pal’s baby, putting together clues as to what Gigi Hadid‘s nearly three-month-old little girl is named. So far the 25-year-old model has not shared it with the world, but the Taylor fan theory seems somewhat plausible that Gigi’s daughter’s name is “Dorothea.”

So here it goes. On Nov. 30, Gigi posted a series of throwback Instagram photos while she was eight months pregnant, revealing her huge bump in a light green tank dress. She wrote in the caption, “August, waiting for our girl” about her child with boyfriend Zayn Malik. On Taylor’s Folklore album released on July 24, 2020, the eighth track on the list is a song called “August.” 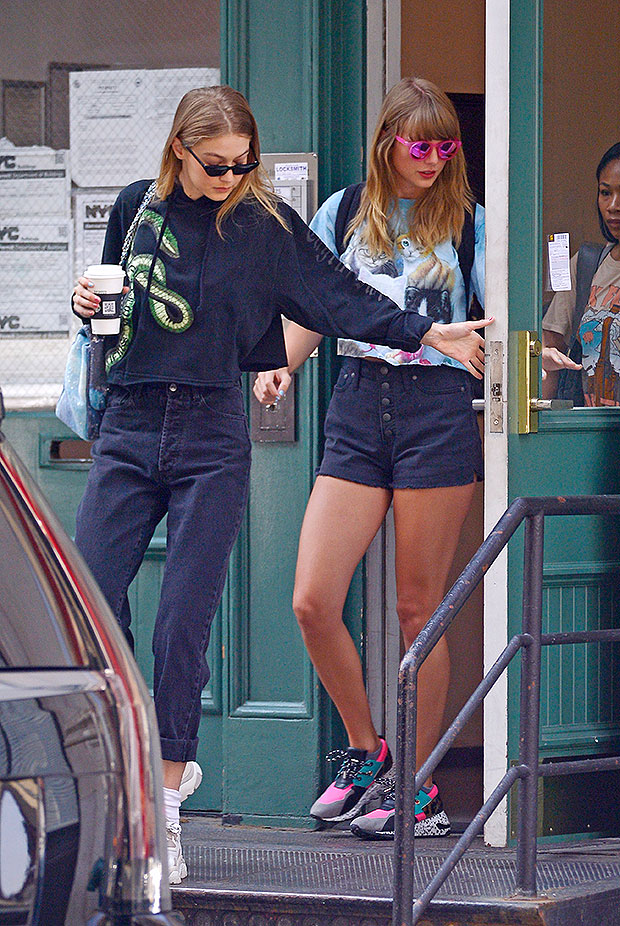 Taylor just dropped Folklore‘s sister album Evermore on Dec. 11, and the eighth track on it is a song called “Dorothea.” Since Gigi wrote about “August” in an IG post, now fans think that the correlation between “August” being track eight on the first album and “Dorothea” being track eight on the second album points to Taylor secretly unveiling Gigi’s baby’s name as “Dorothea.”

Taylor’s fans pointed to how she used the names of Blake’s daughters for characters in the lyrics to the song “Betty” off of Folklore. Fans already knew five-year-old daughter James and four-year-old daughter Inez‘s monikers, but when they appeared on “Betty,” Swifties believed that Taylor had just dropped the previously secret name of Blake and Ryan’s one-year-old third daughter in the title character.

The couple didn’t dispute the fan theories, and Taylor seemed to confirm that they let her reveal their daughter’s name for the first time. “I named all the characters in this story after my friend’s kids, and I hope you like it!” she told Country Radio in an Aug. 6. interview. Not friends, plural, but “friend” as in Blake. It is now pretty much accepted that “Betty” is the name of the youngest Reynolds daughter, with all three of the girls’ names entwined in the gorgeous song. Now fans are waiting for any sign from Gigi that her little girl is named Dorothea.

Gigi has shown that the pals are still tight, as Taylor made a an embroidered pink blanket for her model friend’s baby. Gigi shared it in a Sept. 25 Instagram stories photo showing her six-day-old infant from the shoulders down, covered in the beautiful hand-made item. She wrote “Auntie @taylor_swift made this!!” over the snapshot, which was the first to show more than just the infant’s small hand wrapped around daddy Zayn’s finger. The couple announced the birth of their daughter just two day prior on Sept. 23, even though she arrived on Sept. 19, and Taylor’s blanket appeared in the first color photo of the baby.