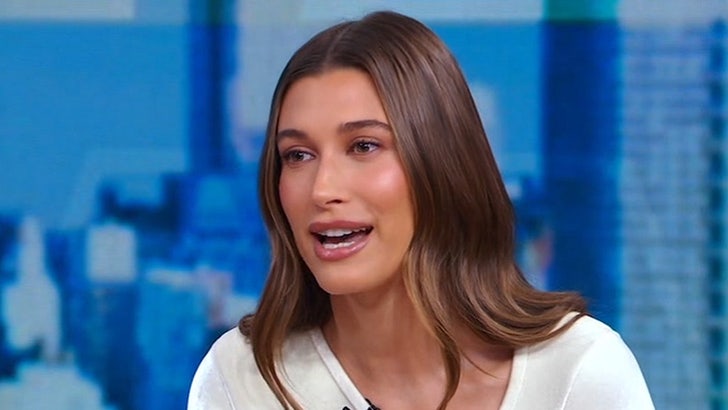 Hailey Bieber says Justin is on the path to recovery from Ramsay Hunt Syndrome, and believes the support from fans has played a big role in him getting better.

Hailey updated JB’s condition Wednesday on ‘GMA’ … where she said her husband’s looking to make a full recovery from the condition that paralyzed half of his face. She says he’s feeling better with each passing day.

She also thanked fans for being so understanding throughout his ordeal — Justin had to pause his world tour — and Hailey added they’ve been getting lots of advice from people who’ve dealt with RHS before.

As we reported, Justin revealed a virus in his ear left the right side of his face paralyzed … he posted a video Friday showing the effects and telling fans the condition was the reason he’d postponed several shows.

JB’s battle with RHS comes on the heels of Hailey’s own medical scare back in March when she suffered a mini-stroke … and needed a medical procedure to close a hole in her heart. She says she’s been giving her body the time it needs to recover.

TMZ broke the story … Hailey was rushed to the hospital after suffering stroke-like symptoms. Doctors found a small blood clot in her brain, and also diagnosed something called PFO, a small opening in the heart.

Been a rough medical year for the Biebers, but Hailey says she’s finally starting to feel like herself again.