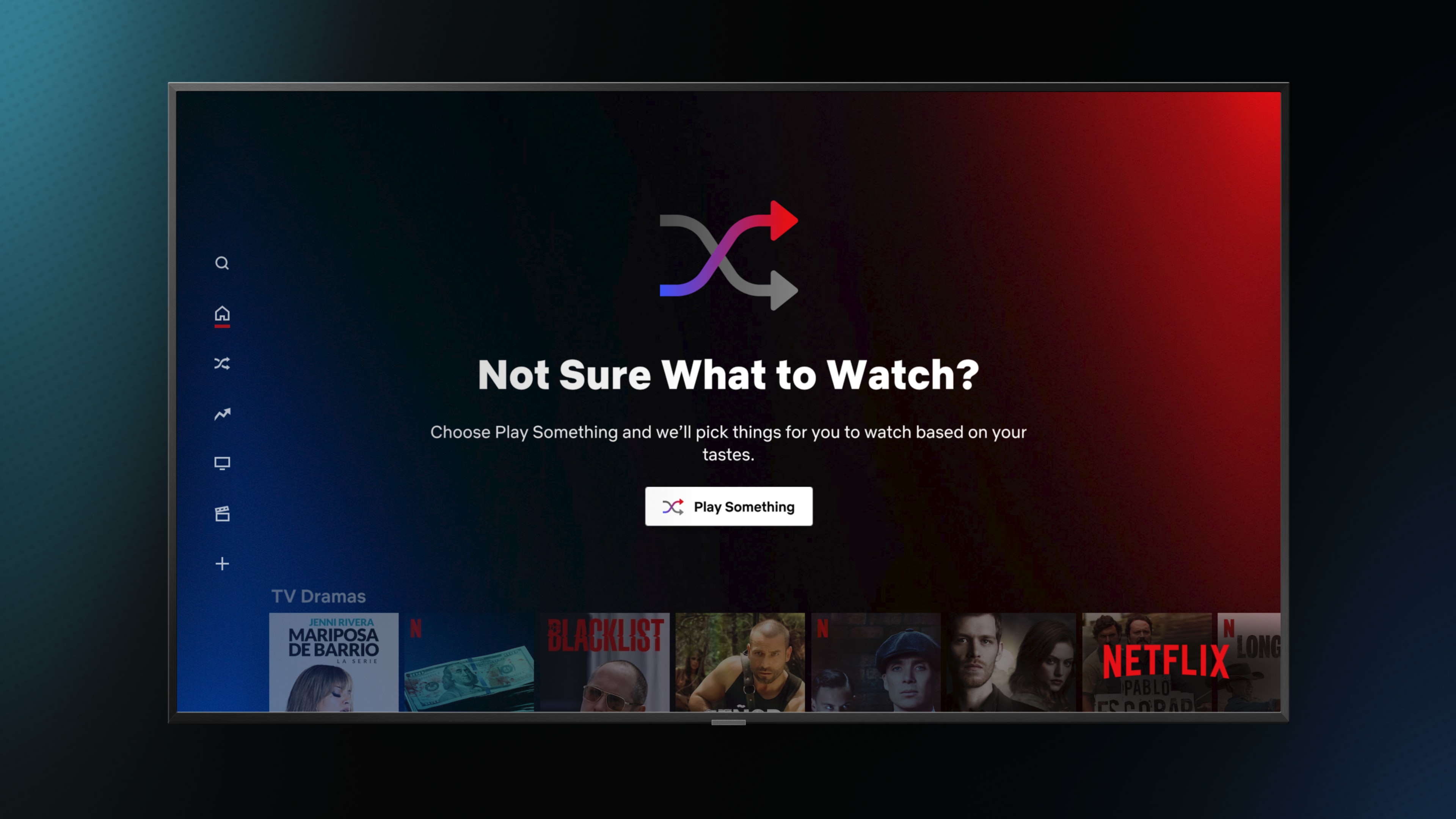 Months after testing a "Shuffle Play" feature, Netflix is officially rolling out a fix for all those times when you have no idea what to watch. If you’re someone who regularly struggles with Netflix indecision (because who doesn’t?), the streaming company will help you find your next favorite TV show or movie by doing all the hard work for you. Here’s how Netflix’s "Play Something" feature works.

While the streaming giant has been testing this update for some time, it officially rolled out its shuffle feature — now officially named "Play Something" — to users around the world on Wednesday, April 28. At launch, the feature is only available when you’re watching Netflix on TV, but Netflix plans to test a mobile option of Play Something soon, so it’s only a matter of time before you’ll be able to use it on your phone or tablet.

If you’re in a Netflix rut, this feature is a godsend — especially when you find out that the average person apparently spends 1.3 years of their life trying to figure out what to watch, according to information shared by the streaming service. No one has time for that, and now, all you have to do for variety is go to your name in Netflix’s portal, scroll down to the 10th row in your homepage, or go to the tab located in your Netflix menu to find the new Play Something feature.

Once you choose "Play Something," you’ll see a customized carousel of movies and TV shows that Netflix has chosen based on content you’ve already watched on the platform. You can choose an option from this dynamic list of suggestions Netflix curates based on your taste in films and shows, but you can also tap the option to "Play Something Else" if nothing catches your eye right away. While Netflix is doing all the work for you, its picks aren’t random. In addition to brand new content, Netflix will recommend shows and movies based on titles you previously saved to your "My List" section as well as unfinished TV and movies you were previously watching that you might want to revisit.

The best part is that you can tap "Play Something Else" as many times as you want for constantly refreshed options, so you can rest assured you’ll be able to find something that piques your interest during your next night in with Netflix. Plus, this means you can skip the decision-making and put all your focus on figuring out what snacks to pair with your new favorite series.