Holly Willoughby, 38, and Phillip Schofield, 57, filmed their cheeky antics as they took a break from This Morning on a joint family holiday. The pals had seemingly enjoyed a bottle of wine together earlier in the evening, then proceeded to go on a bear hunt in the dark. Phillip documented their adventure in a series of Snapchat Stories, which first showed the presenters clutching onto a cuddly bear. Referring to the stuffed animal, Holly insisted to Phillip: “Do not lose the bear.”

In response, the presenter begged his co-host: “Please don’t let me lose this bear!”

The giggly pair then waved the toy’s paw, as Holly joked: “I’m not in control of this bear.”

Later in the night, it was revealed that the blonde beauty lost her shoe on the walk, eventually discovering it hidden in the sand.

The trip then became even more eventful as Phillip whispered to the camera: “We’re lost, but I still have the bear.”

The funny clip then showed Holly wandering around in the dark searching for her husband Dan Baldwin. 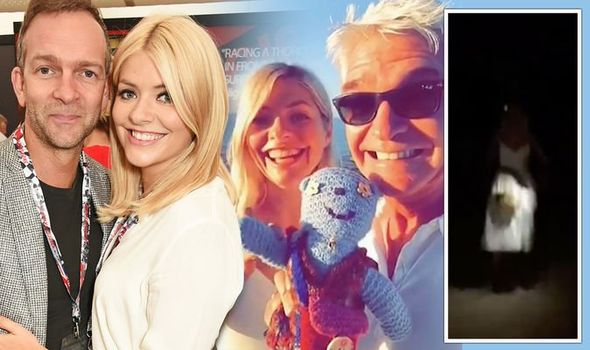 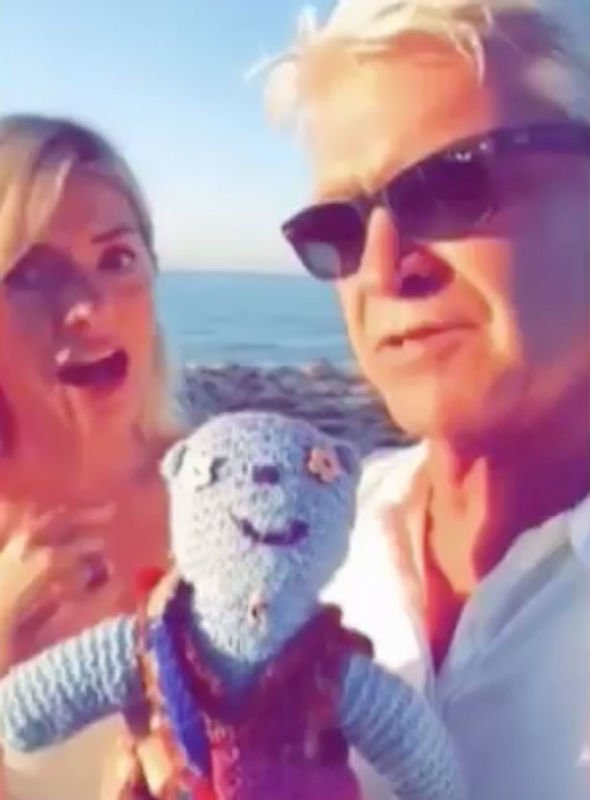 The group eventually walked across a narrow wooden bridge, which Phillip jokingly explained had “a thousand feet drop on either side”.

The star decided to reassure his friends: “It’s fine, it’s all fine”, as they could be heard worrying about him dropping the bear.

Elsewhere, Holly recently got into an awkward conversation with her Celebrity Juice co-star Keith Lemon, 46, when he asked her if she had ever “experimented” with a same sex relationship.

The ITV favourite’s fellow team captain Paddy McGuiness, 45, interrupted and asked Keith to clarify his question, prompting him to reply, “Well, you know, getting off with your own sex”.

Holly smiled as she answered: “No, no, I haven’t.” 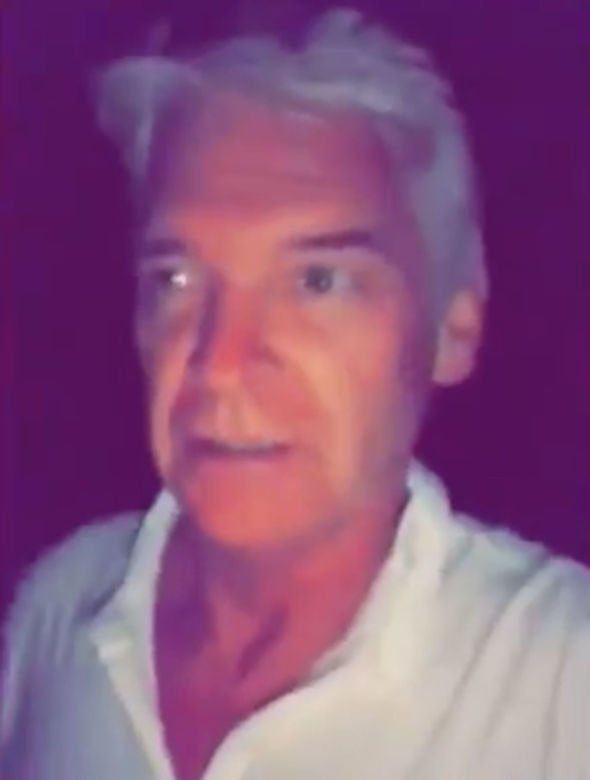 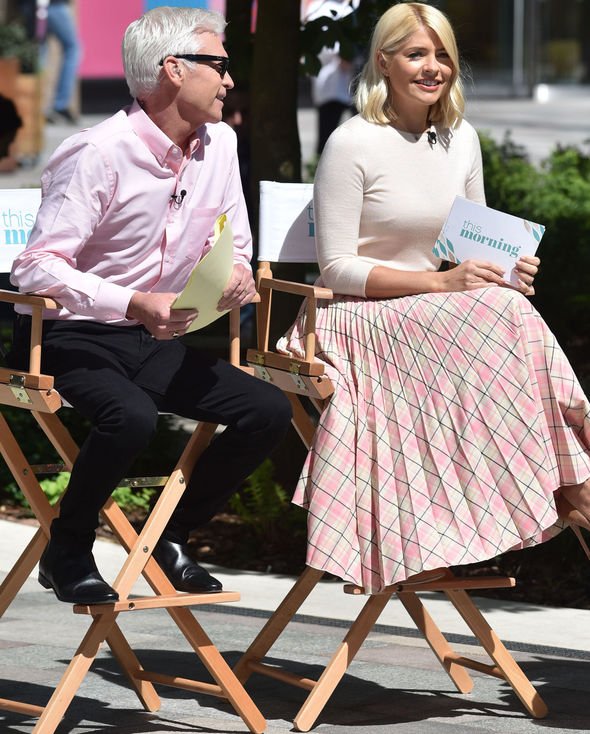 Unsatisfied, the host rephrased the question, adding: “Have you ever kissed the sweet lips of a lady?”

The TV personality adamantly replied: “What are you getting at? No.”

Keith refused to back down, as he kept quizzing the star on the subject, but Holly continued to deny she had ever been with another woman.

Stunned by the singer’s comment, she shrieked: “Mel!” causing Mel to point out: “Your voice has gone really high!”

Keith then took the opportunity to embarrass the Celebrity Juice panelist further as he quipped to the camera: “I think Holly has answered the question there.”