With Halloween officially in the rearview and temperatures getting colder, it’s finally time to start getting in the holly-jolly spirit with some holiday movies. One of the first new Christmas rom-coms to arrive in 2020 is Netflix’s Holidate, which premiered on Oct. 28. The movie stars Emma Roberts and Luke Bracey, but it’s actually a subtle, split-second cameo that really has everyone on Twitter talking. After watching the movie, fans are split over the possibility that Ryan Gosling is in Holidate. Let’s investigate.

Of course, this is a holiday rom-com, so you probably already know where the story is going. But before the two holiday-hating friends live happily ever after, they have a big blow-up in a grocery store. Fed up with Sloane’s restraint, Jackson accuses her of being unwilling to ever take a leap of faith. "I bet you money that if Ryan Gosling waltzed down this frozen-food aisle and offered to take you on the ride of your life, you would still say no, because you’d be too afraid to get on that train — the Ryan Gosling train," he tells her.

Sloane has the perfect response: "You are so wrong. Ryan Gosling would never do his own shopping. He’s way too cool for that."

Except… her assertion may be wrong. Eagle-eyed fans noticed a man who looks an awful lot like Gosling shopping behind Sloan right when she delivered her line. The blurry cameo sparked an online debate over whether Gosling himself actually appeared in the movie or if it was just an extra who happens to look a whole lot like Gosling.

Unfortunately, there’s no confirmed answer to this question yet. Nobody from the movie has commented on the moment, and IMDb is no help; the full cast list includes only one uncredited Grocery Store Shopper role, but it was played by someone who doesn’t resemble Gosling, so it likely was not that particular background character.

TBH, it’s much more likely this cameo is not Gosling himself, given that it’s such a tiny part with no fanfare at all given to what would be a massive selling point for the movie. But hey — there’s always a chance. 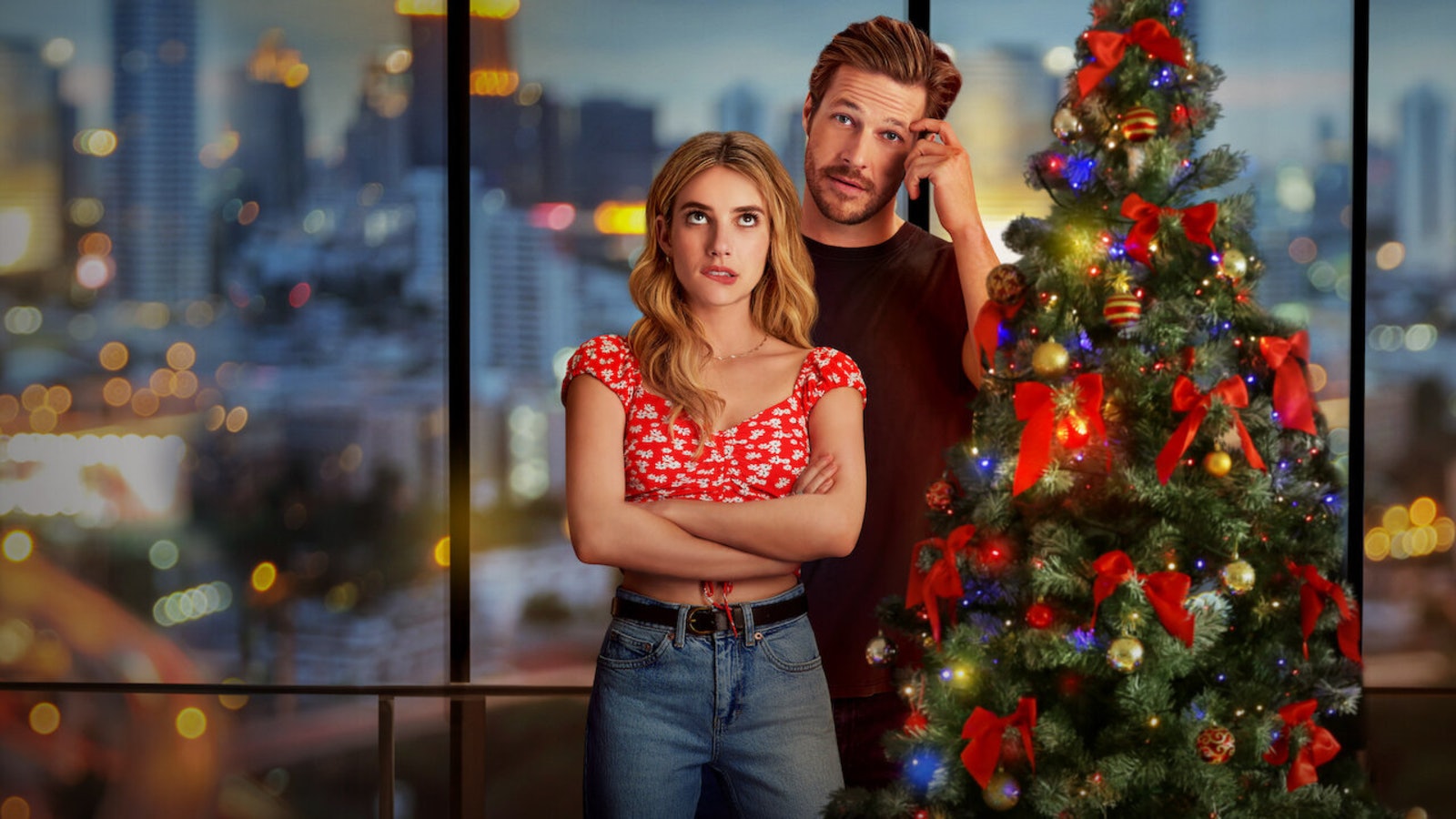 For now, all curious fans can do is wait to see whether someone from Holidate (or maybe even Gosling himself) will confirm or deny the cameo. Or, maybe the potential sequel will finally reveal the truth.

Holidate is on Netflix now.

Celebrities
A director who was caught trash-talking Lukas Gage’s apartment during an audition has revealed himself as Tristram Shapeero and has...
Lifestyle
https://www.youtube.com/embed/u9-nERPKv30 "Our little guy" now officially has a name! On Monday, the Smithsonian’s National Zoo and Conservation Biology Institute announced...
TV & Movies
NICHOLAS Lyndhurst’s distraught wife has said the family “still have no answers” after their teenage son was found dead at...
World News
BRITS should take more sick days in the future and should stop "soldiering on" when they're ill, the Health Secretary...
Beauty
If you're looking for a Black Friday deal on holiday gifts to give to a new mom and dad or a...
Fashion
SHE'S currently braving Bushtucker trials on I'm a Celeb, but Giovanna Fletcher has stepped up when faced with far tougher...
Recent Posts
We and our partners use cookies on this site to improve our service, perform analytics, personalize advertising, measure advertising performance, and remember website preferences.Ok