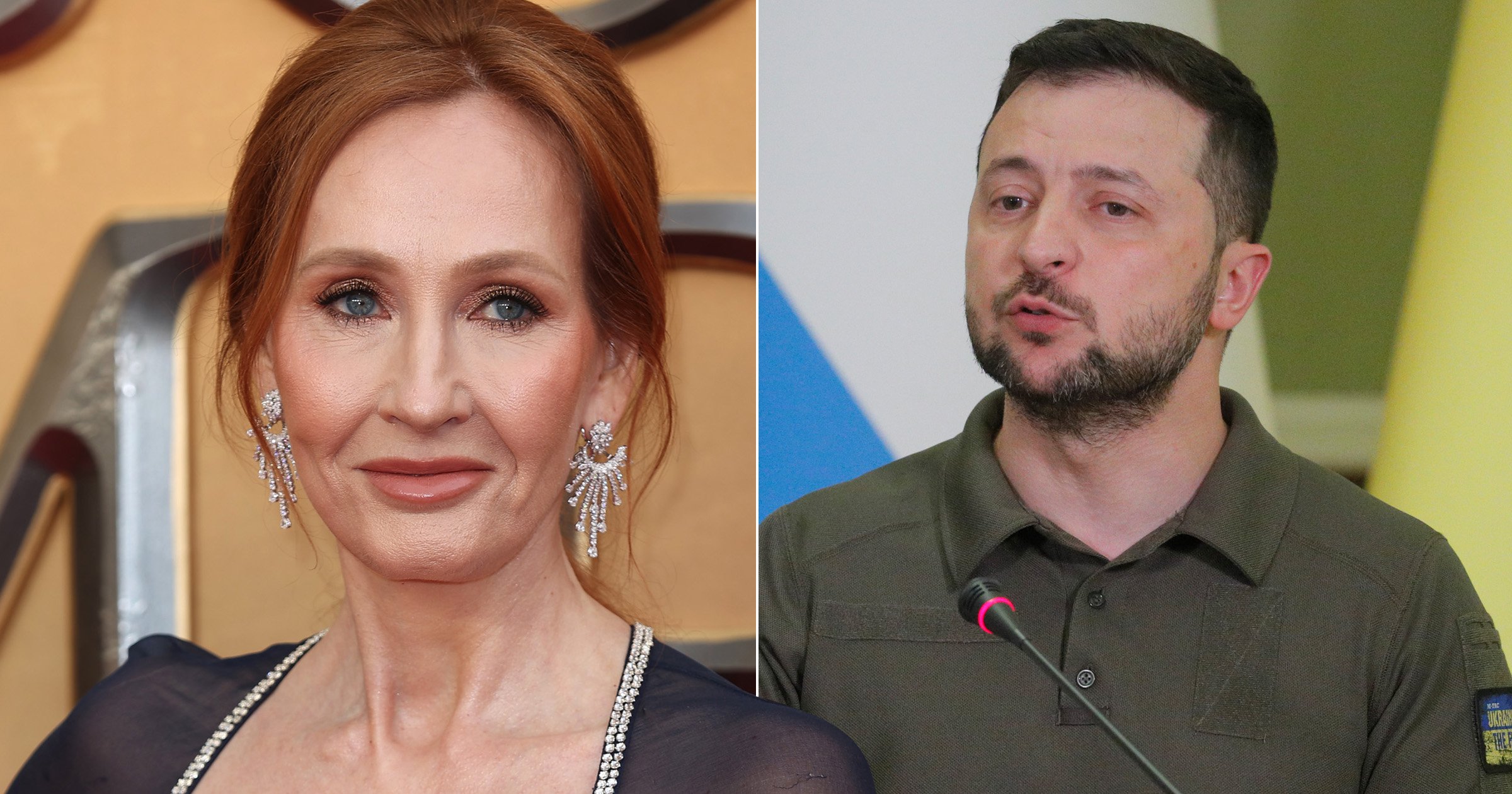 JK Rowling was reportedly pranked into believing she was speaking to Ukraine’s President Volodymyr Zelensky on a Zoom call.

The Harry Potter author is said to have agreed to the video call in light of her extensive charity work in the area through her organisation Lumos, which aims to provide support to children and families who have been affected since Russia launched its ongoing invasion of the country in February.

In the 12-minute video, which has been shared on YouTube, the man who Rowling believed was President Zelensky is only heard by voice and is not seen on camera.

At one point, the comedy outfit compared Harry Potter’s famous forehead scar to a ‘Z’, like the one which the Russian military had put on their tanks during the war.

Rowling was then asked if she would change the symbol to a Ukrainian trident in light of the political conflict, to which she said: ‘I will look into that. It might be good for me to do something with that myself on social media because I think that will get into the newspapers. I didn’t know they were doing that but that’s something I can address personally.’

The pranksters added: ‘I want to clarify where you are sending the money that Lumos has collected … we want to buy a lot of weapons and missiles with your money to destroy Russian troops, I hope you are all for that.

‘We’ll look after the kids but I really want Ukraine to have all of the arms it needs.’

Towards the end of the Zoom call, three people – dubbed The Order of the Ukrainian Phoenix – appeared on-screen wearing T-shirts that read ‘Only Putin’ in Russian.

‘We read Harry Potter to the soldiers in the battalion … just don’t read them passages about half breeds [as] they are nationalists and do not like such people,’ Vovan and Lexus said.

Rowling’s reps slammed the comedy duo in a statement released to The Hollywood Reporter, branding them ‘disgraceful’ and adding: ‘The video, which has been edited, is a distorted representation of the conversation.’

Metro.co.uk has reached out to JK Rowling’s reps for comment.