Kevin Costner returned to Iowa for the Yankees vs. White Sox game at the famed ballpark, where the iconic sports movie was filmed.

If you build it, he will come! Kevin Costner, 66, went back to Dyersville, Iowa (not Heaven), where his 1989 hit movie Field of Dreams was filmed for a special MLB game on Wednesday August 11. The actor, who played Ray Kinsella in the film, went to the renovated stadium before the New York Yankees take on the Chicago White Sox on Thursday night.

Unfortunately, it didn’t look like Kevin brought along James Earl Jones or Frank Whaley, who played the characters Terrence Man and young Moonlight Graham, respectively. He did however go on the field to have a catch, just like his character in the flick did at the very end with his father (played by Dwier Brown). The field received a massive facelift since the original movie. The Yankees and White Sox will play in front of about 8,000 Iowa residents, who won tickets via a lottery, according to Sports Illustrated.

Before the big game, the MLB released a promo clip of Kevin walking out and seeing the newly renovated field. Wearing a white button-down and slacks, the actor took it all in and was nearly speechless at the renovations. While the field was definitely upgraded to seat many more people than his character in the movie could have ever anticipated, the baseball diamond is still the same, and it has the trademark cornfield that the baseball players walked through to get another shot at playing ball.

Back in 2014, Kevin went to the field to discuss the movie’s 25th anniversary with the MLB. “The corn will grow, and people will play here, and it’ll be just as perfect for them. It’s a real reason to try to pick your movies carefully, because they can live forever,” he said at the time. He also got nostalgic about how little had changed. “Nothing has lost any amount of the romanticism of what happened here. The house hasn’t moved, the field hasn’t changed. There’s a few more bleachers, but that’s just to let a few more people in to enjoy the same moment,” the actor explained. 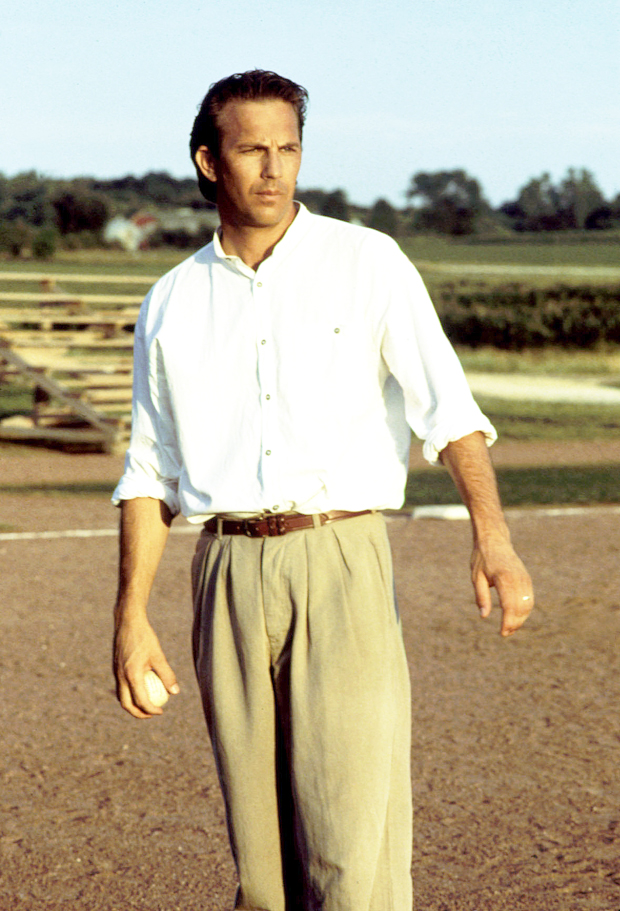 The Yankees and White Sox will face off in the Field of Dreams game on Thursday August 12 at 7:15 p.m. EDT. The White Sox will play as the home team. The game will be shown on Fox, and players will wear throwback jerseys, reminiscent of the ones that characters like “Shoeless” Joe Jackson (played by Ray Liotta) wore in the movie, according to USA Today.