On Wednesday, the One Direction band member attended the Cartier and British Vogue Darlings Dinner at the Residence at Cartier in New Bond Street where he posed for a pic with 23-year-old model Duckie Thot.

Additionally, the runway diva — who has walked for Victoria’s Secret — shared a flirty snap on Instagram Story of the hunk’s tattooed hand over hers. 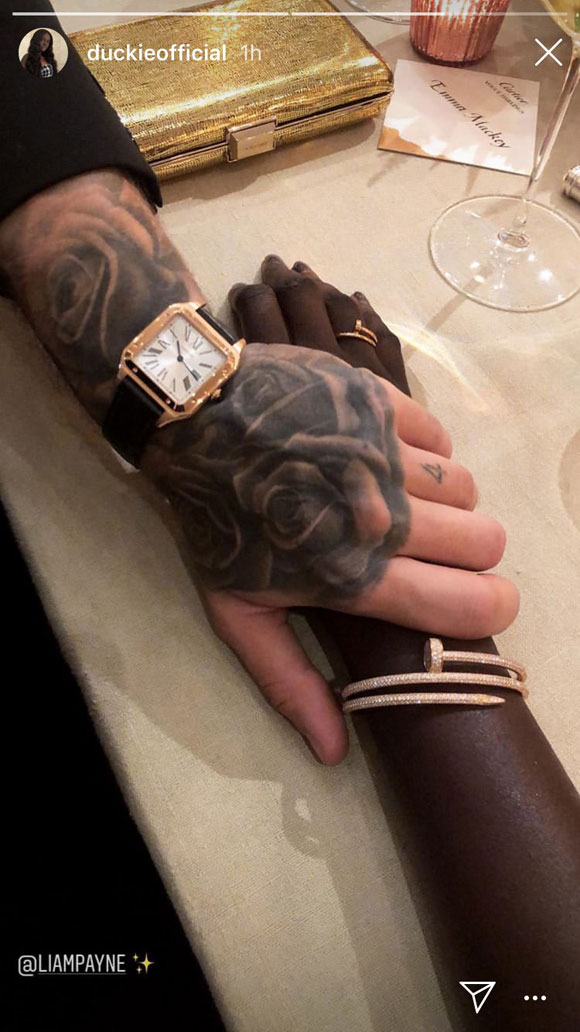 After the sultry pic went viral, fans hypothesized that the two are an item.

They wrote on social media:

“How many chickens did Liam Payne sacrifice to be able to get Naomi Campbell and Duckie Thot in the same lifetime????”

“there’s a lot of things that don’t make sense in the universe but what I’m most confused about is how THE F**K did Liam Payne get Naomi Campbell and Duckie Thot ….”

“i go out for one hour and now liam and duckie fckin thot are a thing? the glitch in simulation…”

“I CANT VREATHE LIAM AND DUCKIE”

“hello why is nobody talking about THE liam payne dating THE duckie thot?!!!!!!”

“Roll it ALLLLLL the way back. Liam. Liam Payne. And Duckie??? And just a few months ago there were rumors of him and Naomi Campbell. I have many questions.”

A source told The Mirror:

“Liam and Naomi had a lot of fun together, they got on well and had a laugh. But it just wasn’t meant to be… They are going to stay friends — there are no hard feeling with either of them.”

However, an insider dished to The Sun:

“Naomi has taken the decision to let things fizzle out… She’s just not into Liam any more and has cast him aside. Quite simply she got a bit bored… He was always the more keen, slightly needy one and, as far as she was concerned, they were never officially an item anyway. It’s always been very casual.”

One thing’s for sure… Liam seems to have a thing for models!