Madonna is recuperating in style after undergoing hip surgery. The icon slipped into a bikini to proudly display the large, ‘beautiful scar’ on her leg and give fans a glimpse at her progress.

Madonna is standing strong — and looking fantastic — after undergoing hip surgery. The “Medellín” singer, 62, revealed a large, deep scar at the top of her left hip in a selfie posted to her Instagram Story, one month after showing her fans a bandage covering the same spot. The pop icon hasn’t directly addressed having surgery, but captioned her selfie “recovery” and “beautiful scar.”

In the December 21 mirror selfie, Madonna is wearing a black bikini with a short sarong, tied directly above the scar on her leg, which is covered in marks from a cupping session — presumably part of her recovery. The Grammy winner‘s abs are unreal! Madonna also still has the pink hair that she debuted in October while calling upon her fans to vote in the 2020 presidential election for Joe Biden. She reinvents herself all the time; it’s no shock that she finally decided to rock bright dye!

Madonna hasn’t said specifically why she had to undergo hip surgery, but it potentially stems from the painful injury she experienced during one of her 2019 Madame X tour shows. Madonna wound up canceling the last night of the tour because of it. She explained on Instagram at the time that she hurt herself climbing a ladder while singing “Batuka” during the Miami stop. “I was in tears from the pain of my injuries, which has been indescribable for the past few days,” she wrote, sharing footage from the concert. “With every song I sang, I said a prayer that I would make it to the next and get thru the show. My prayers were answered, and I made it.” 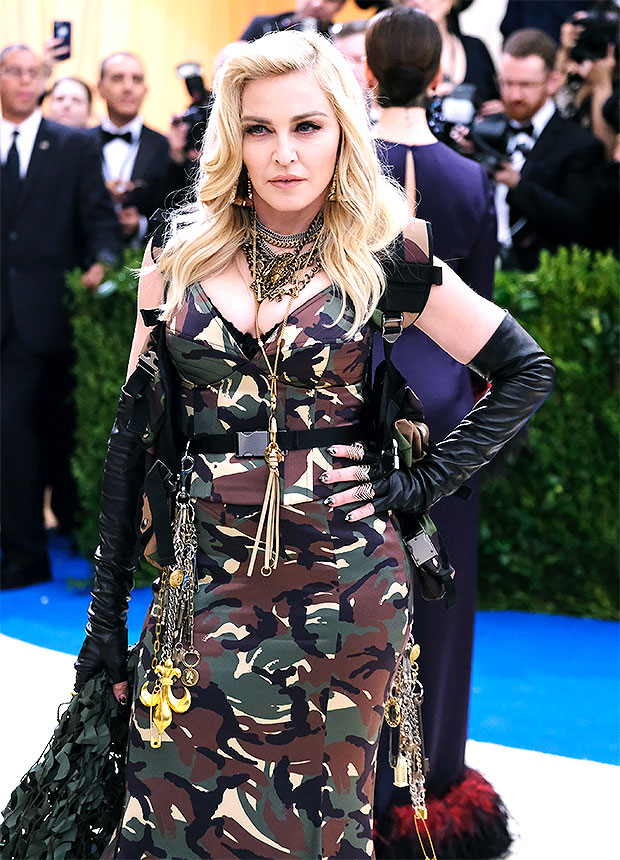 Calling herself “a warrior,” Madonna wrote that “I never quit, I never give in, I never give up!! However this time I have to listen to my body and accept that my pain is a warning.” In the meantime, Madonna has been enjoying plenty of time with her children and her adoring boyfriend, Ahlamalik Williams. She and the 26-year-old dancer/choreographer have been together since summer 2019, and their relationship is going stronger than ever!