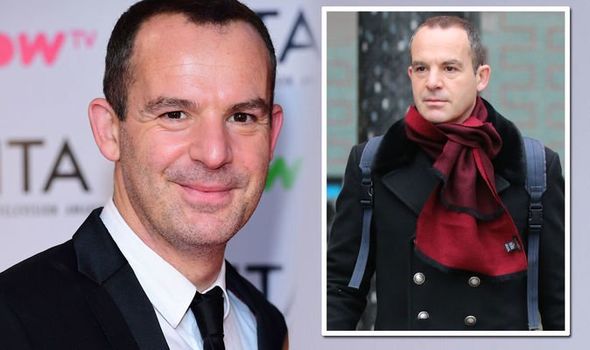 Martin Lewis took to Twitter to issue an apology to a fan who came too close to him amid the Coronavirus pandemic. The television star, who also regularly appears on This Morning and The Wright Stuff, informed his followers that physical contact with strangers was completely unnecessary given the current climate.

The 48-year-old said sorry for his reaction but reassured fans that he was alway happy to say hello as long as they followed the social distancing rules.

On Monday night, he wrote online in view of his one million followers: “To the person who recognised me in the street tonight and came next to me to shake hands.

“I’m sorry I jumped back, but I don’t think physical contact with strangers is necessary or advised at the moment.”

“Always happy to say hello though,” he went on to say. 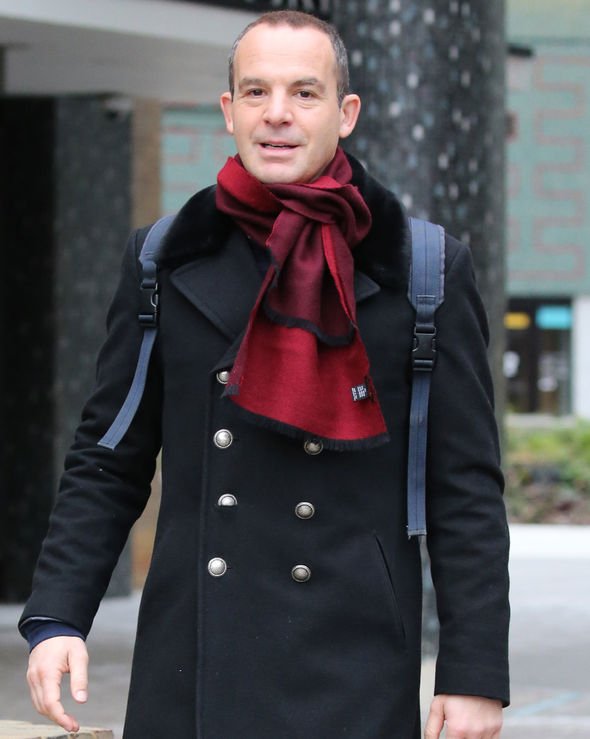 Martin’s tweet sparked a frenzy online, with some agreeing with his natural instinct to jump away in order to protect himself and his loved ones from COVID-19.

“I wouldn’t shake hands with a stranger either,” wrote one social media user in the comments section of the post, before adding: “I’m sure it was just a moment of madness on their part but awkward when you’re the person having to say no.”

Another followers added: “It’s still weird tho, to remember not to shake hands, nudge, hug etc other people… it’s made me realise how much I must’ve done it before without even noticing it; just instinctive I guess.”(sic) 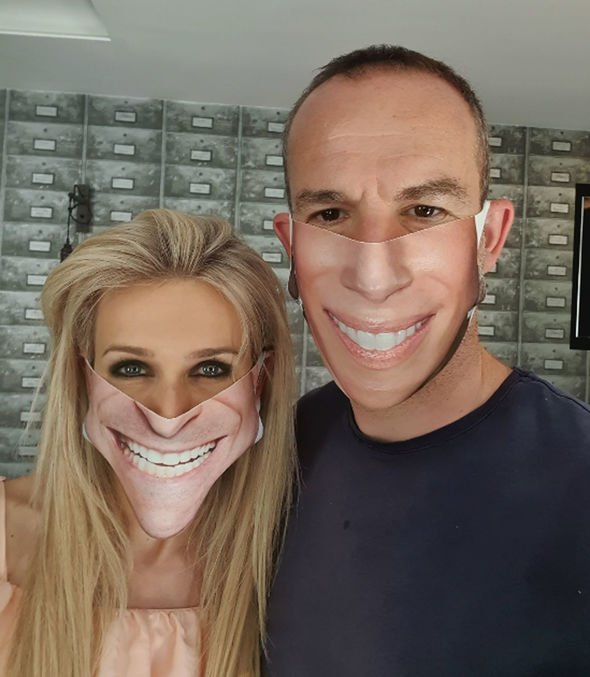 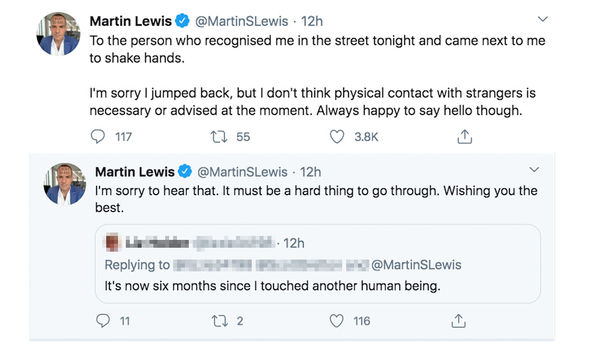 “What a heartbreakingly sad world we live in where we now see each other as a biohazard and not a human being,” a fourth follower commented.

Following the guidelines to the letter, one worried follower revealed they had not had physical contact with anyone since the pandemic began.

“The only humans that have touched me have been necessary medical appointments. Not even touched my own family, and when I see them I social distance. I’m with you on this one. Haven’t hugged anyone in months,” the Twitter user said.

“It’s now six months since I touched another human being,” another follower in a similar situation added.

Martin retweeted the post and replied: “I’m sorry to hear that. It must be a hard thing to go through. “Wishing you the best.”