Martin Roberts, 56, has hit out at this year’s I’m A Celebrity, believing it’s not near enough as tough as previous series that took place in the heart of the Australian jungle. Responding to a viewer’s question about whether he would have rather been in Wales or Australia, Martin made his feelings very clear and called on ITV producers to end the contestants’ “cushty” stay in Gwrych Castle, Wales.

Where’s the pain and suffering?

In his most recent Q&A, Martin decided to answer most of the queries via video link, where he could really express his views.

He read out the fan’s question, which read: “Hi Martin, with I’m A Celebrity being done in a Welsh castle, would you have preferred that to what you had in the jungle?”

The Homes Under The Hammer star didn’t need to think about that one before he responded: “No, I’m glad!

“I’m enjoying the thing in Wales, although it’s a bit easy, don’t you think?” he whispered. 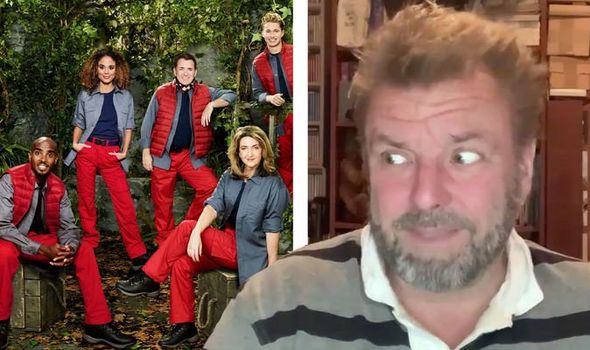 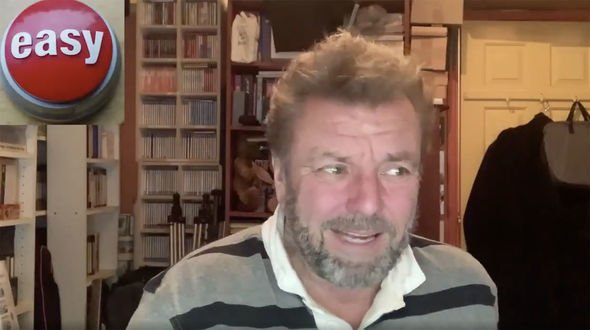 “Give them some hard stuff to do! It’s a bit of a cushty old thing going on at the moment, it’s like easy-peasy, where’s the pain and suffering!”

The property expert quickly added: “Not that I want to inflict pain and suffering on anyone, but that’s the point of I’m A Celebrity!

“It’s a bit cushty, give them something to chomp on or no food or something!

“But of course, in the jungle we had it tough,” he mocked, in a light-hearted voice. 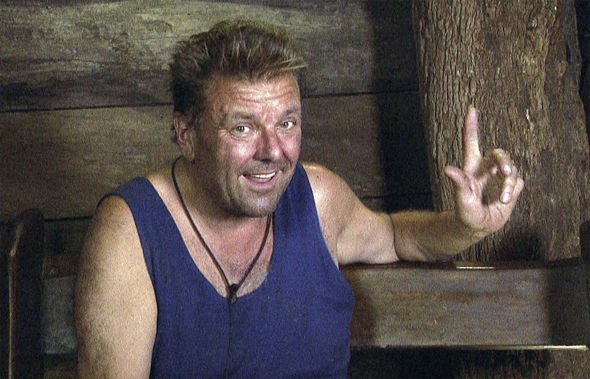 Reverting back to the question in hand, he made it clear he isn’t envious of the current campers.

“I’m glad we went to Australia, we had great time,” Martin added before ending his rant.

The BBC star appeared in the 2016 series of the jungle adventure challenge and recently spoke out about how “interesting” the show would be in its new location ahead of its debut.

A fan wanted to know what he thought about the proposed changes this year and Martin assured them he would definitely be watching.

“What do you think of I’m A Celebrity Get Me Out Of Here being in a castle this year? #AskMartinMonday,” the fan asked.

Martin responded: “I think it will be interesting!

And make the most of it they certainly have, as coronavirus hasn’t stopped the fan-favourite ITV show from giving the members of the public a much needed pick-me-up during England’s second national lockdown of the year.

Responding to his rant on Twitter, viewers relayed their thoughts and opinions of the show and this year’s contestants.

One said: “Celeb is entertaining.. I’m really getting into it.. being spoilt tho, warm showers and garlic, wherever next. Tempted to put the Xmas dec’s up.. but I think il sick of them by Xmas and beyond,”(sic) they joked.

“It’s been hilarious so far, I’ve never laughed so much watching Jordon North. The poor guy was really s***ting it, guess he knew the show though. And well done, for overcoming his fears!”

I’m A Celebrity continues every night on ITV at 9pm.

Celebrities
The mother of three gushes about her two older children being 'absolutely obsessed' with their newborn sister as she talks...
Lifestyle
The future of the two main coal mines digging under Sydney's water catchment hangs in the balance with one closing...
TV & Movies
STRICTLY Come Dancing fans have been left convinced Giovanni Pernice and Ranvir Singh are dating after he kissed her on...
World News
DRIVERS were left fuming after being slapped with a £100 parking ticket - for using a petrol station for more...
Beauty
After rocking a buzzcut for weeks, Halsey debuted her shoulder-length rainbow hair makeover featuring colors of purple, green and more!...
Fashion
I've Had This Gap Chunky Knit Sweater For 2 Decades, and It's Still My Favorite! I'm no Marie Kondo. I...
Recent Posts
We and our partners use cookies on this site to improve our service, perform analytics, personalize advertising, measure advertising performance, and remember website preferences.Ok