The ‘Too Much And Never Enough’ author didn’t mince words, when she explained what she thinks of the former president’s attempts to sue her.

Former President Donald Trump, 75, filed a lawsuit against his niece Mary Trump, 56, The New York Times, and three Times reporters on Tuesday September 21, accusing them all of partaking in a plot to get a hold of his tax records for a Times story, via The Daily Beast. Despite a large sum of money on the line, the ex-president’s niece didn’t seem too concerned with his efforts to win millions from her.

Donald is seeking at least $100 million in the suit. It tracks back to a 2018 Times story, investigating the then-president’s tax records, which won a Pulitzer Prize for Explanatory Reporting for the three journalists who wrote the piece: David Barstow, Susanne Craig, and Russ Buettner. The lawsuit alleges that Mary “smuggle[d] records out of her attorney’s office and turn[ed] them over to the Times” in violation of a confidentiality agreement.

Legal action is nothing new from the Trump camp, following the 2020 election, the former president and his campaign filed numerous lawsuits to attempt to overturn the results of the election. They were unsuccessful. It’s also worth noting that a lawyer filed a suit on behalf of Trump’s brother Robert to try to halt publication of Mary’s tell-all memoir Too Much and Never Enough: How My Family Created The World’s Most Dangerous Man. The case was dismissed, via CNBC. Mary didn’t seem shocked by her uncle’s latest lawsuit. “I think he is a f**king loser, and he is going to throw anything against the wall he can,” she told The Daily Beast. “It’s desperation. The walls are closing in and he is throwing anything against the wall that will stick. As is always the case with Donald, he’ll try and change the subject.” 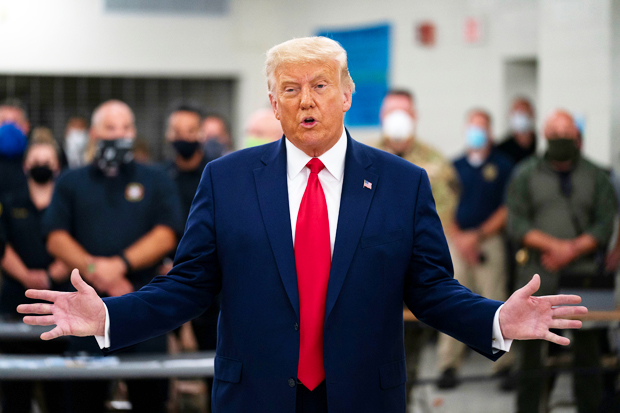 Mary has never been shy about airing her family’s dirty laundry or saying exactly what she thinks. During an August appearance on The View, the author called out then-co-host Meghan McCain for skipping an interview segment with her. “It’s a shame that your colleague didn’t have the courage to come on and have this conversation with me,” she said.