From ‘Sleeping In Seattle’ to ‘Shopping In Santa Monica.’ Meg Ryan got some mother-daughter bonding time while taking her teenage daughter Daisy out for a grocery run in Los Angeles.

With Thanksgiving right around the corner, it’s never too early to stock up on food for the holiday. However, it’s unclear if Meg Ryan was getting a head’s start on her Thanksgiving menu when she exited a Trader Joe’s on Sunday (Nov. 8), or if she and daughter Daisy were just getting snacks for the week. Meg, 58, and 16-year-old Daisy were spotted leaving the grocery store out in Santa Monica. Meg opted to keep her trademark golden locks free and flowing while rocking a navy blue coat and baggy green pants. Daisy matched her jeans with a denim-blue jacket. Both women wore facemasks – since the pandemic isn’t over – as they pushed their cart full of groceries to the car. 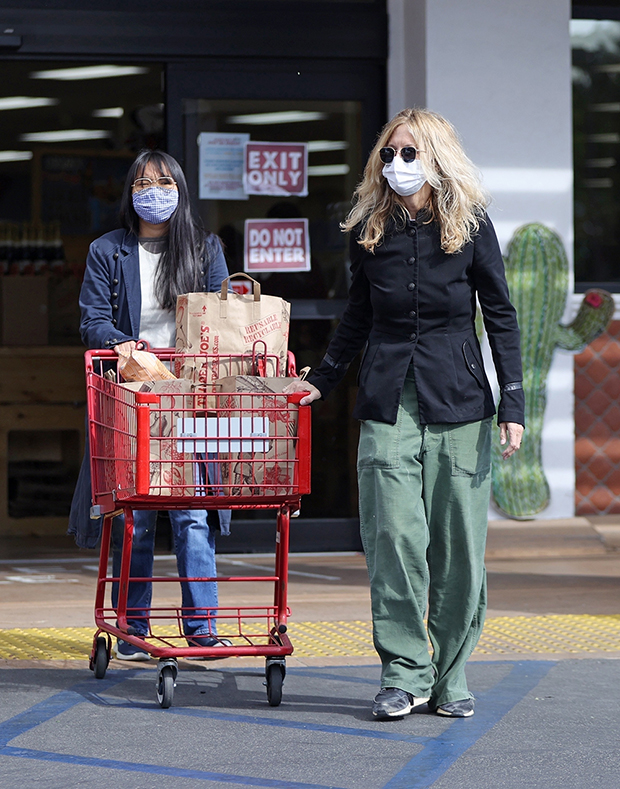 This little food run comes weeks after Meg and Daisy were seen running errands together in LA. During their out-and-about adventures in September, Meg paired her boot-cut jeans with sneakers, a black t-shirt, and a pair of wire-rim sunglasses. Daisy rocked a red-and-white striped shirt with jeans and a pair of Sketchers. Both, again, wore a facemask, proving that they’re taking the COVID-19 outbreak seriously. 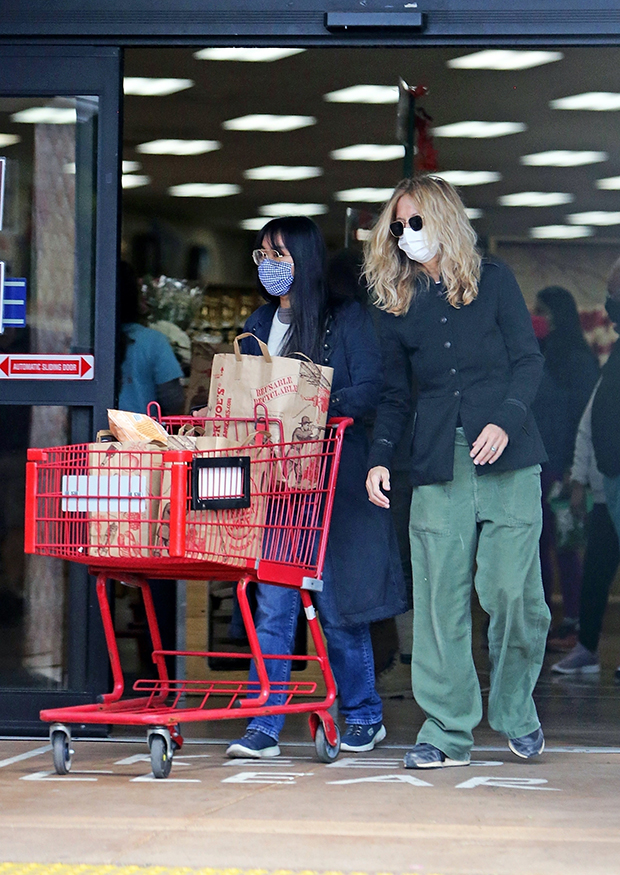 Ever since Meg adopted Daisy from China, the two have been practically inseparable. Meg told Redbook in 2007 (according to PEOPLE) that the adoption process in Daisy’s homeland includes a lottery system and that they were randomly assigned to each other. “But that said, I am convinced, completely convinced that there was nothing random about it,” Meg told Redbook. “She is the daughter I should have. I never felt like I was on a rescue mission or anything like that. I just really wanted a baby; I was on a mission to connect with somebody, and Daisy and I got to meet each other this way at this time. We are so compatible. And also having the experience of having had Jack and now to have Daisy in a different way — there’s no difference in the love you feel.”

Before adopting Daisy, Meg and former husband Dennis Quaid welcomed a son. Jack Quaid, 28, has followed in the family footsteps, appearing in movies like Logan Lucky, Rampage, and The Hunger Games. Most recently, he’s portrayed Hughie Campbell in the Amazon Prime television adaptation of The Boys.

In addition to this food run, Meg and Daisy have been seen hanging out in New York City together. They were also spotted sitting in the front row of Schiaparelli’s 2019 showing at Paris Fashion week, sitting among the A-listers as Céline Dion, 51, and Pixie Lott, 28.