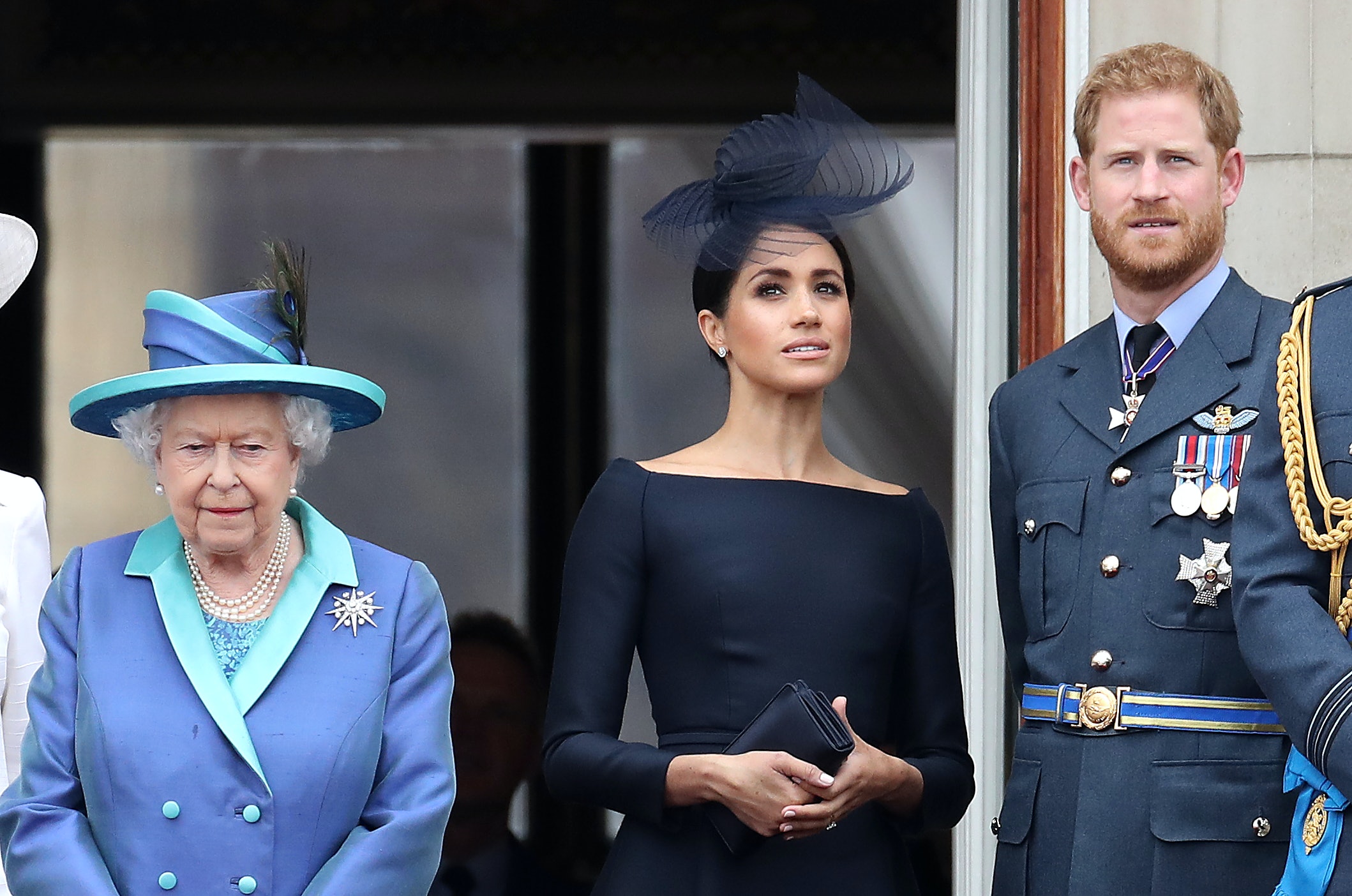 Although Meghan Markle and Prince Harry weren’t physically with the Queen on her 95th birthday on Wednesday, April 21, they still found a way to honor her in their own way. Apparently, before the Duke of Sussex left the United Kingdom after attending Prince Philip’s funeral on Saturday, April 17, he left his grandmother a "special gift" from him and his wife. According to Us Weekly, Meghan and Harry’s birthday gift to the Queen was so meaningful.

Harry’s return to the U.K. on April 11 marked the first time he went back to his home country since he and Meghan stepped down as a senior royals in January 2020 and then moved to California. It was also the first time he saw his family members since the couple did their tell-all interview with Oprah on March 7. Despite the recent drama between the pair and the royal family, Harry appeared on good terms while reuniting with Prince William during their grandfather’s funeral on April 17. Although they weren’t placed next to each other during the funeral procession, the brothers met up after the service and even walked together during the second procession.

Meanwhile, Meghan reportedly didn’t attend the funeral service due to being "advised by her doctor not to make the long journey" due to her pregnancy. Harry returned to his wife in the United States on April 20. Apparently, the reason he didn’t stay in the U.K. to celebrate the Queen’s birthday in person was because he thought it was important to be with Meghan during her pregnancy.

Even though the couple wasn’t with the Queen on her special day, they made sure to honor her by giving her an early birthday present. An insider reportedly told Us Weekly Harry gave his grandmother a birthday card with a message honoring her legacy, plus another gift, which remains unknown. "Prince Harry got to say goodbye to the Queen before her birthday and he left her a gift and card from him and Meghan," the insider reportedly said.