Making memories. Miley Cyrus and Cody Simpson spent their first Thanksgiving together at a low-key gathering with her family.

“Extremely thankful for everyone at the table. 🖤🖤🖤 (a very sober thanksgiving staying hydrated 😩,” Noah Cyrus captioned a group photo at the table of the Cyrus’ Thanksgiving dinner on Friday, November 29.

Miley, 27, and Simpson, 22, can be seen seated across from each other surrounded by her family, including her sister Noah, 19, brother Trace Cyrus, and her mom, Tish Cyrus.

The couple celebrated another special occasion together for the first time on November 22 — Miley’s 27th birthday. The “Slide Away” singer and the Australian crooner were spotted having dinner at a restaurant in Nashville just one day before her birthday. 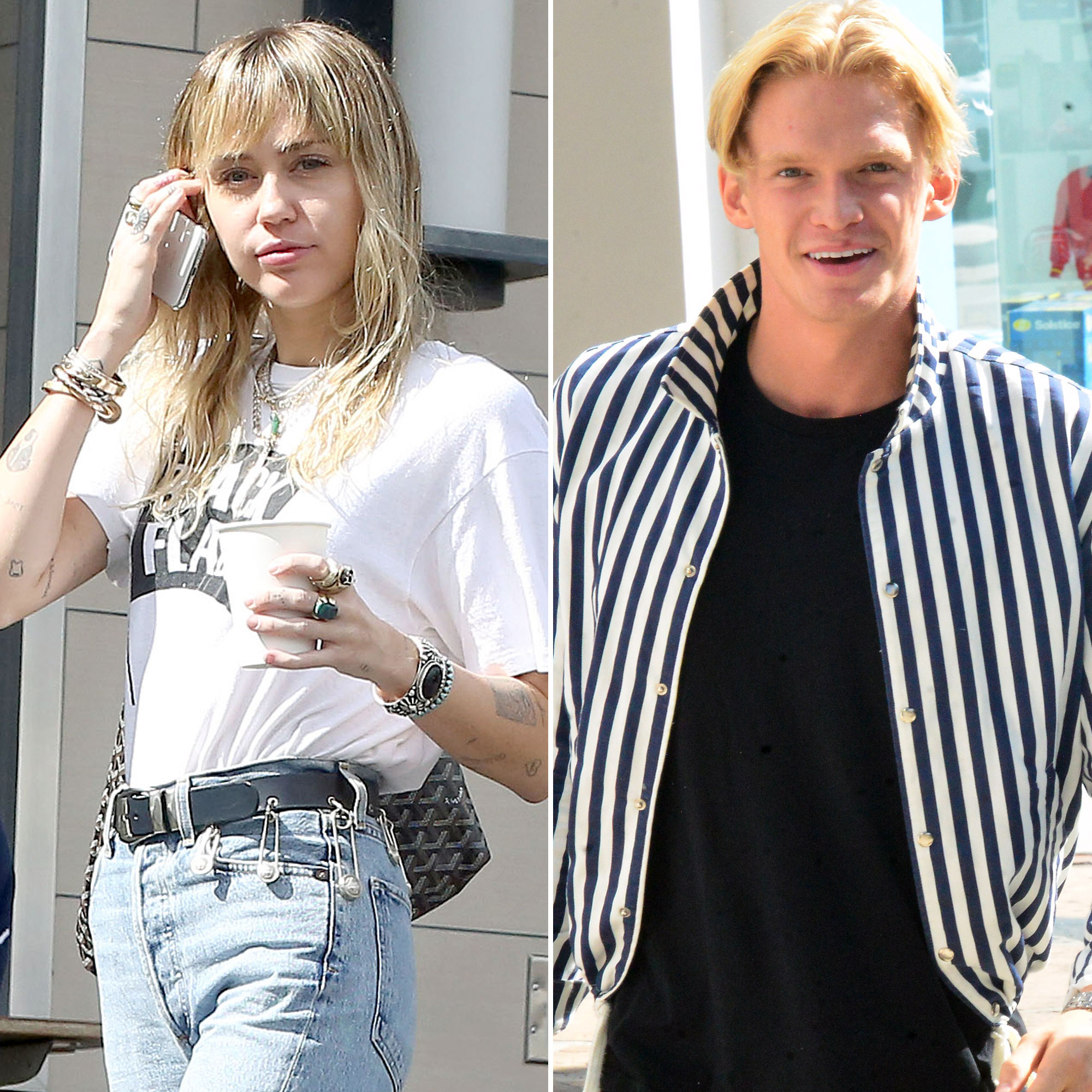 Simpson continued the celebrations with a sweet tribute to his girlfriend via Instagram on November 23. “Happy birthday baby,” he captioned a clip of the pair posing and laughing in front of a mirror. “Thanks for being you.”

The duo were first linked in October when they were spotted kissing in Los Angeles shortly after Miley ended her one-month fling with Kaitlynn Carter. Miley confirmed their romance one day later on Instagram posting a photo of Simpson captioned, “22 Australian (my type) Abs. Hot Girl Fall.”

Miley and the “Pretty Brown Eyes” singer flaunted their relationship on social media throughout the rest of the month. However, the pair sparked speculation that their romance was over after they noticeably stopped posting each other on social media in early November.

Simpson posted a screenshot of his iPhone background — a childhood photo of Miley — amid the split rumors on November 20.

The “On My Mind” singer told Us Weekly and other reporters in October that Miley is the first girlfriend he’s had who was his friend first.

“That had never happened to me before,” Simpson said at the time. “Any girlfriend that I’ve had in the past has always been immediate romance, and so it’s kind of like a different experience having been friends with somebody before and developing that into something more. It’s just like a very natural, healthy feeling.”

Prior to her relationships with Carter and Simpson, Miley dated Liam Hemsworth on-and-off for 10 years before they tied the knot in December 2018. Hemsworth, 29, announced he was filing for divorce in August after almost eight months of marriage.