Fame can be a cruel mistress and nowhere does she play her hand harder than in the wash-pool of the reality television talent show. 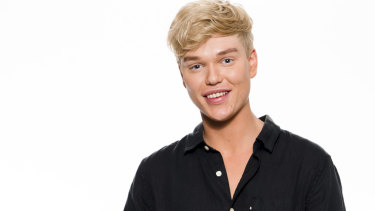 Jack Vidgen on The VoiceCredit:Channel Nine

Last week the blind auditions on this year's series of The Voice came to an end. This phase of the competition pulled in over a million viewers each night as the hopes and dreams of many a budding star were either ignited or snuffed out. In the mix were a bunch of familiar faces.

Jack Vidgen, a one-time child star in Australia, was given the full spin cycle when he turned up.

Today Vidgen is a 22-year-old man, but Australia remembers him as the sweet boy who shot to national fame at just 14 after winning rival show Australia's Got Talent. He has even been described as "Australia's Susan Boyle".

But, in the course of Vidgen's "comeback", we got to learn that by the time he was 16 he had fled to Los Angeles to "deal" with his stardom

“Everything blew up so much I was just like, ‘I need to get out of here, I’m going to LA’, and that was that.”

However Vidgen's Californian foray failed, and he was largely forgotten on the Australian showbiz scene until he arrived on The Voice sporting a full face of makeup, peroxided hair and engorged lips, which he later admitted were the result of "fillers".

In promos he teased The Voice's viewers: "I'm not little Jack Vidgen anymore".

His physical transformation predictably generated plenty of headlines, but sadly it seemed the last thing that Vidgen was actually receiving any attention for was his talent, which remains intact. 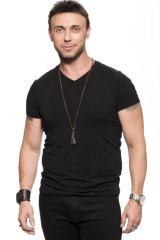 Nathan Foley as he appeared on The Voice.Credit:Channel Nine

And what to make of Nathan Foley?

The former Hi5 star was as big as the Wiggles at one stage of his career, but thrilling toddlers was never going to be a lifelong calling for Foley.

He revealed on The Voice that he went through a "difficult" period after leaving Hi-5 back in 2008. 'That's why I went overseas, went to the States and went to Europe. [I] had to get away from Australia, because they just saw me as the Hi-5 guy."

Foley has replaced his technicolour playsuits and toothy smile with a butch leather jacket, tattooed biceps and an attention-seeking hairline, prompting the Daily Mail to ask the really hard questions after he appeared on the show: Was Foley wearing a wig?

"No wig I'm afraid! Very funny to hear that though," he was quoted telling the publication, which helpfully published a "slider" image to compare his wispy follicles of yore with the thick, thatch-like version we saw on The Voice.

On Twitter they were less kind. One viewer posted: "Nathan has a dead #beaver on his head."

Foley later popped up on morning television to say he appeared on The Voice not necessarily to win the competition, but to remind people he was "still alive". No mention was made of his hair.

The ignominy of it all.

Those youngsters who sang and danced along to Robot No.1 in the early noughties are now heading into their 20s, but it remains to be seen if their musical tastes have grown with Foley, with or without his "beaver".

There was something quite unsettling about watching the likes of Mahalia Barnes and Prinnie Stevens going through the blind auditions in previous series of The Voice, both accomplished performers who have been ever so close to the sort of fame which put The Voice's judges in their chairs. 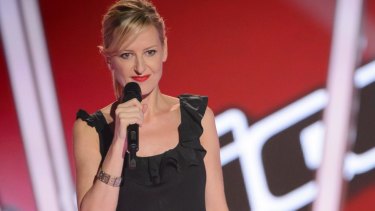 Abby Dobson appeared on The Voice in 2013.

But perhaps the most unnerving turn of all was when former Leonardo's Bride front-woman Abby Dobson auditioned on The Voice back in 2013, and none of the judges were impressed enough to hit their buzzer.

She later described the experience as "whacko".

"It was whacko in the sense that it was unexpected and possibly ill-thought out and off-the-wall, but I stand by my decision to do it," she told the Herald after appearing on the show.

Was she embarrassed that she wasn't picked?

"Most definitely, for the week after I recorded the show I felt winded, like 'wow!' . . . it really bruised my ego.

"But you know that was the risk that I took and I'm OK with that. I'm still the same singer I was before the show."

Unlike Vidgen and Foley, Dobson was adamant that she was not trying to re-boot her career, nor was it a publicity stunt.

"I wasn't trying to relaunch my career. I've been working my arse off [since Leonardo's Bride broke up in 2001] doing all kinds of projects … it's just that the radio hasn't played me much."

No doubt Vidgen and Foley know exactly how she feels.