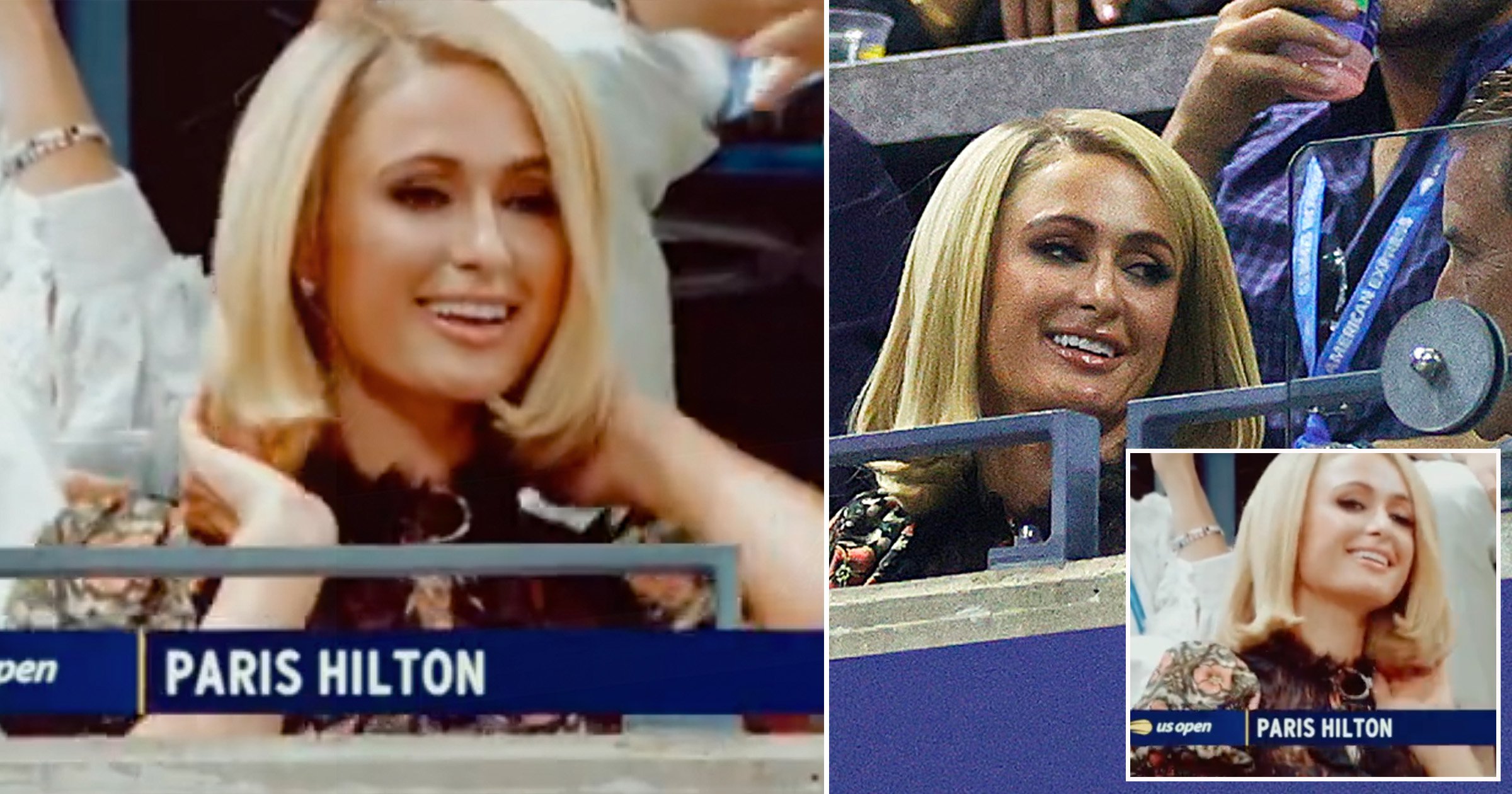 After Emma Raducanu’s thrilling US Open victory, it appears the tennis tournament is not done with its gift giving, having inspired an iconic Paris Hilton moment.

At the first men’s semi-final at Flushing Meadows in New York on Friday, the crowd, which included the 40-year-old socialite, were treated to Paris’s one hit wonder Stars Are Blind.

As the first few bars of the song’s chorus played over the court’s sound system during a break in play between Felix Auger-Aliassime and eventual victor Daniil Medvedev, Paris was here to deliver to spectators, beaming as she sang along to the track with some shoulder shimmying and arm raising.

With the camera trained on her, her presence was broadcast to her fellow attendees, with fans waving over to her box as they clocked she was there.

Also, in very relatable fashion, it appears Paris wasn’t 100% sure on the words to begin with, employing a wide smile and moving her lips just enough to be sort-of mouthing along (probably).

Paris took to her Instagram on Saturday to share the clip with her followers and thank US Open organisers for playing the track – and we stan a gracious queen.

‘Love that they played my song #StarsAreBlind at the @USopen,’ Paris wrote, with a sprinkling of emojis.

‘It was such an #iconic moment hearing it played in the giant stadium with my fiancé. #LovesIt #USTAfoundation.’

Fans and famous pals flooded her Instagram comments with their appreciation for the moment, with Orange is the New Black actress Taryn Manning posting: ‘Made my day 🙌’

Stars Are Blind was released as the lead single for the OG reality star’s debut album Paris in 2006, and reached 18 on the US Billboard Hot 100, as well as number five in the UK, four in Ireland and getting into the top 10 in more than 10 European countries.

It also made Paris an official chart-topper in Hungary, Scotland and Slovakia, although she has since turned to a very successful career as an international DJ.

Carter and Paris also added to the excitement of their weekend by throwing an engagement party on Saturday, attended by the likes of Kris Jenner and her partner Corey Gamble.

The pair will also have their upcoming nuptials shared with the world via new reality TV series Paris in Love, which has been commissioned by US streaming service Peacock and is currently shooting.