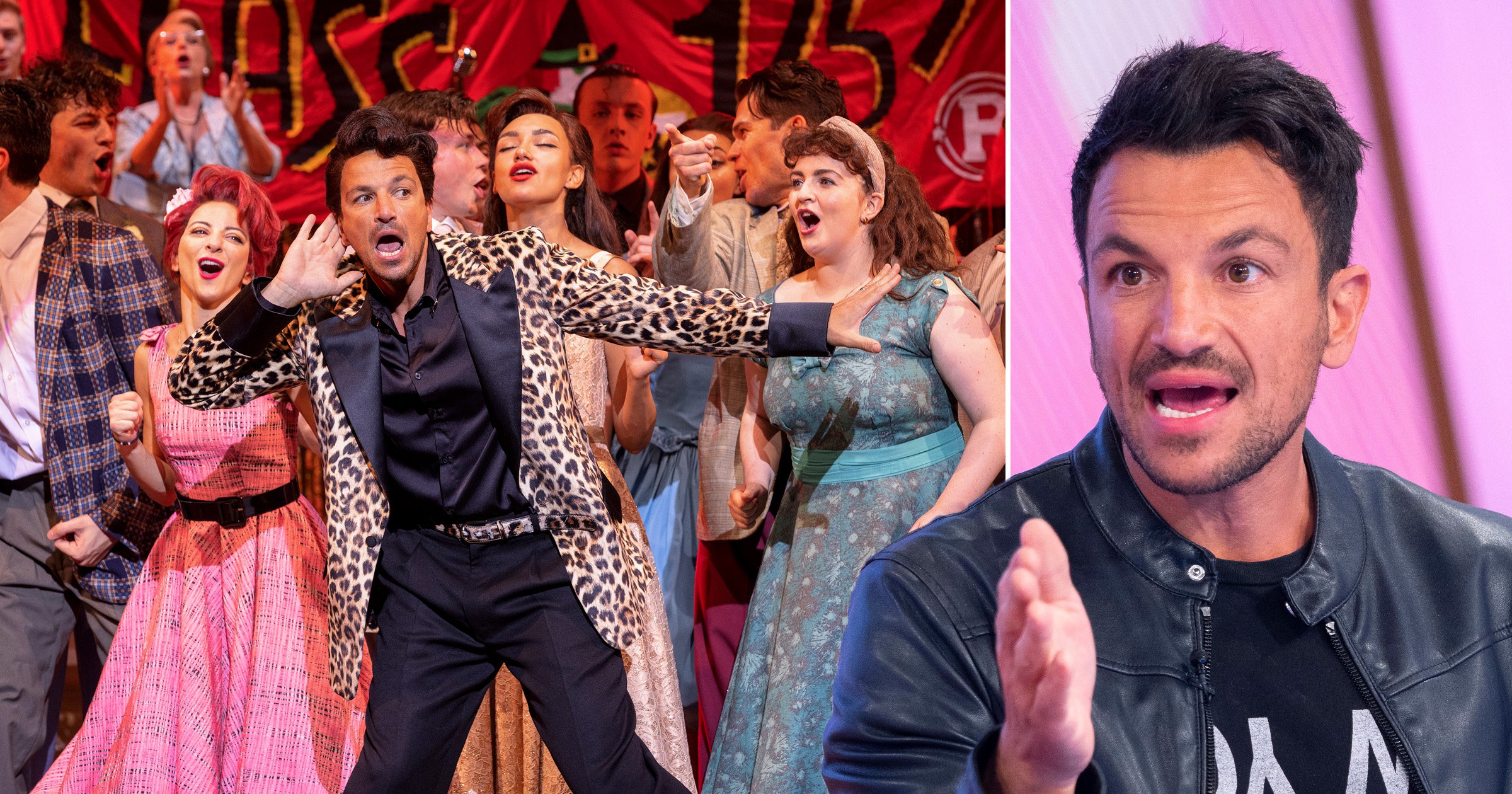 Peter Andre has slammed social media trolls making ‘racist and homophobic’ remarks towards him and his fellow cast members from the new stage production of Grease.

The singer made his debut in the West End musical as Vince Fontaine earlier this month, starring alongside Jason Donovan to Dame Arlene Phillips’s choreography.

Following hateful comments by an ‘ignorant person’ on Twitter, the reality star shared a statement on Instagram, hitting out at the ‘narrow-minded person’s ways’.

The statement, from the producers of the production, highlighted the ‘diversity’ of the cast, adding that the people making the hateful remarks ‘are not welcome’, and that ‘the producers stand with [the] cast against racism and all forms of prejudice.’

Captioning the post, the Mysterious Girl singer wrote: ‘It baffles me that we still live in a world like this. I had some ignorant person on my Twitter blurting out racism and homophobia.

‘I wanted to say so much back but you can’t always change a narrow minded person’s ways.

‘This kind of thing is not welcome in my or my families life. I stand 100% by my fellow cast and crew against all forms of prejudice.

‘And let me just say, our cast are outstanding. Wait till you see them.

‘Love to all…. Except the very few. And that right there makes me truly sad.’

Grease was first performed on Broadway in 1972, before becoming a cult classic film with John Travolta and Olivia Newton-John playing Danny and Sandy.

In the new West End production, the 70s musical takes on a modern twist with its diverse cast, same-sex dance couples, and an empowered (and brunette) Sandy.

There’s even women involved in the hit Greased Lightening, which was an all-male performance in the 1978 film.

Speaking about the show, Dame Arlene told The Daily Mail: ‘There is a lot of positivity in our production. Girls dance with girls, boys dance with boys. That’s one of the things.

‘Girls always did dance with girls in the 50s. They danced around their handbags. They didn’t have boys to dance with…

‘Our cast is very diverse in every way. And certainly our Sandy [played by Olivia Moore] has her own inner strength, her own determination, her own intellect. Our females are empowered.’