Fleabag creator Phoebe Waller-Bridge has revealed that she was ‘still having shakes’ during the final take of her BBC drama after working herself to the ground.

The acclaimed writer, 33, shared how writing for the comedy series and her award-winning BBC drama Killing Eve left her exhausted and on the verge of burnout.

Speaking in a podcast earlier this week, she revealed: ‘I got better at Fleabag but I was still having shakes at the final take because I was so. so, so tired. I work myself to the ground. I am really hard on myself when I am doing it.’ 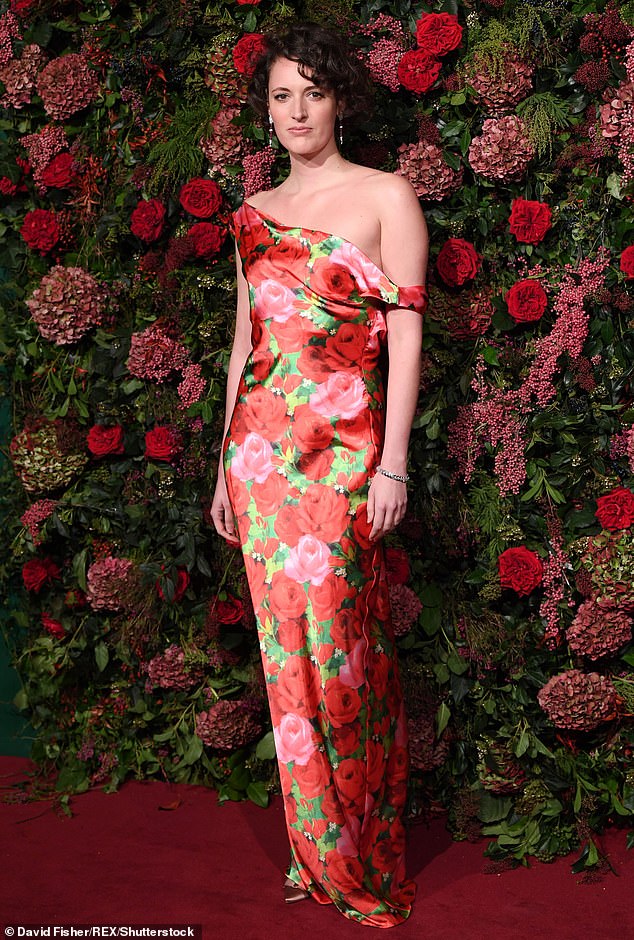 Acclaimed writer: Phoebe Waller-Bridge has revealed that she was ‘still having shakes’ during the final take of her BBC drama after working herself to the ground

The actress, who will be adding her artistic flair to the next James Bond script, discussed how she now gives herself permission to stop working.

Phoebe continued: ‘You need to give yourself permission to stop. No one is going to say that for you because everyone is like: ”You’ll be fine.”

The talented star added: ‘The tank is moving forward. So I felt like I just had to keep going. I got better at it, at Fleabag but I was still so tired I was still having shakes and stuff at the final take of that.

‘I feel like that is because I care so, so much about it being good. 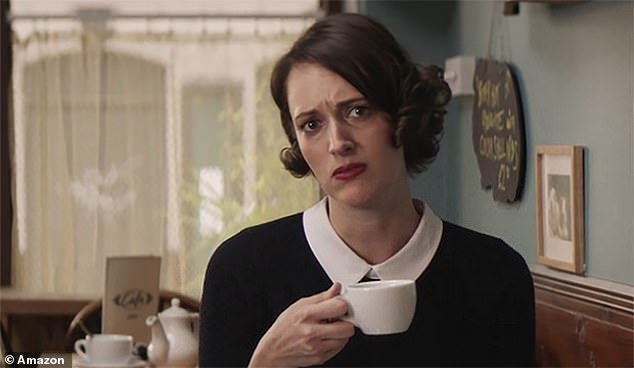 Fleabag: The actress shared how writing for the comedy series and her award-winning BBC drama Killing Eve left her exhausted 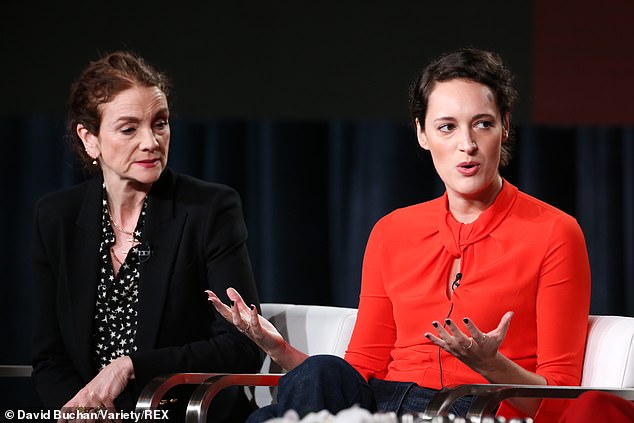 Candid: Phoebe, who is currently working on the next James Bond script, discussed how she now gives herself permission to stop

‘But you also need to give yourself permission to stop. And I didn’t stop because I didn’t want to let people down.’

The actress, who took a step back from season two of Killing Eve in order to focus on the highly-anticipated Bond 25, also shared how the thriller, which stars Jodie Comer as a psychopathic assassin and Sandra Oh as an MI5 agent, was rejected by everyone in the UK.

Phoebe said: ‘Killing Eve was turned down by everyone really in this country. I thought it was a goner. The production company sent it to BBC America just came back and said: ”Great, we love it.”

‘Sometimes you think something is gone – one of the things I thought I would never return to becomes the biggest thing in your life.’

The drama follows Sandra’s character Eve as she tries to catch the cunning Villanelle, played by Jodie, and the strange obsession that soon begins to develop between both women. 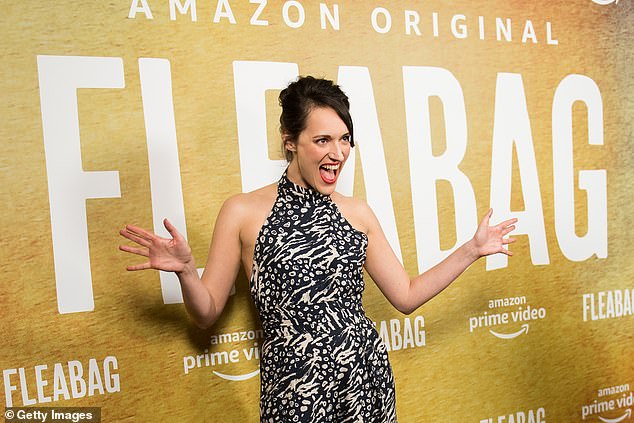 Success: The writer and actress admitted that she found it hard to stop working as she did not want to let people down 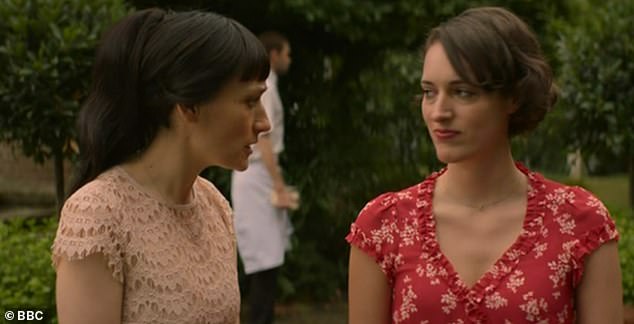 Funny: The comedy series follows Phoebe as she tries to navigate her way through life in London

Phoebe recently revealed that she would like to write a role for herself in the third series of Killing Eve and see her character meet a gruesome end at the hands of Villanelle.

Speaking to The Sunday Mirror she said: ‘I was like, I am going to write myself a part so that I can be murdered by Jodie.’

Having achieved global success with her critically acclaimed dramas, Phoebe admitted that she was still a last minute writer. 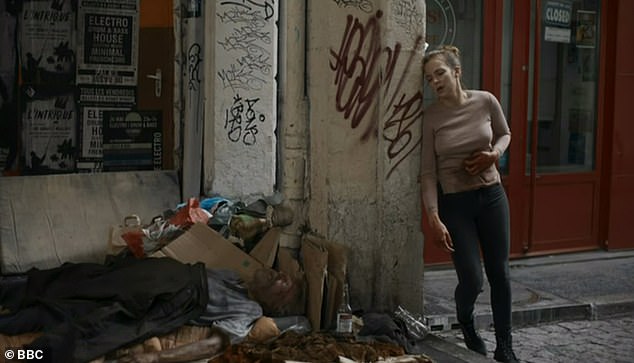 Suspense: The actress took a step back from writing for season two of Killing Eve in order to focus on the highly-anticipated Bond 25

She added: ‘I am a last minute writer, in a panic way.

She added: ‘I am so self-critical when I’m writing. So if I woke up at 10, had a cup of coffee, went for a run, sat down and wrote three sentences I’ll be like: ”That’s a pile of shit.”

‘Whereas if my deadline was two days ago and I’ve got a whole load of ideas I’ve already chucked out I can’t judge it so much. I have no structure to my creative process. 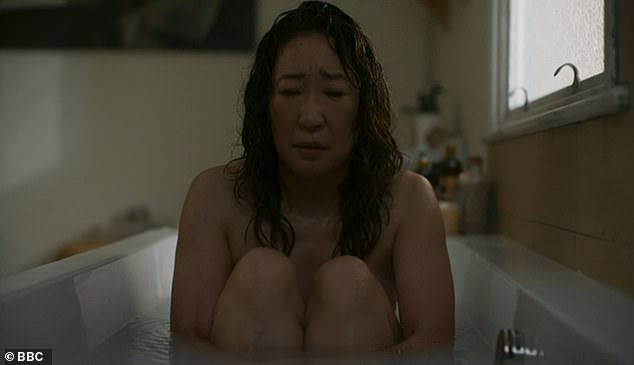 ‘I still write in bed. And particularly in Fleabag two I was rewriting on set so much. That’s so crazy for the actors. Like Brett Gelman, I wrote his speech in E6 in the car between the unit base and the set. I rewrote it in the car.

‘When I say I am last minute it did get to extremes right there. Sometimes the good stuff does just come out there.

‘The next process I am going to go through is not taking on any deadlines. There is something quite comforting about knowing that this thing will happen.

‘I don’t go to therapy and I don’t really like taking things. I have Jenny Robins – a story producer on Killing Eve. She’s my way out of the madness. She’s grounded. The more stressful a situation, the more she laughs. I call Jenny.’ 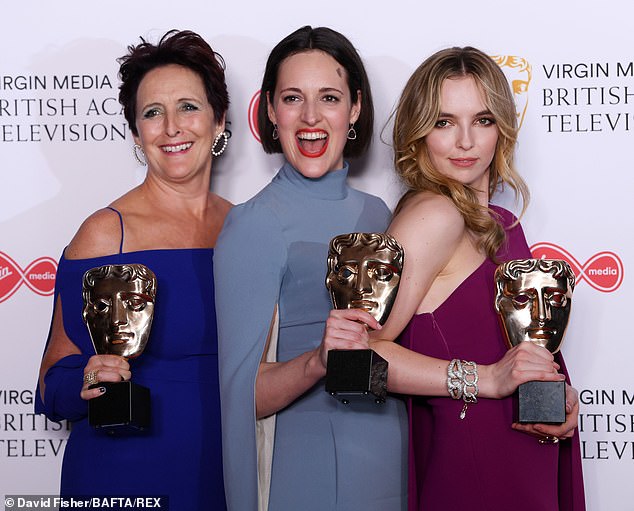 Fierce: Phoebe recently revealed that she would like to write a role for herself in the third series of Killing Eve and see her character meet a gruesome fate at the hands of Villanel