5 Projects Sarah Michelle Gellar and Freddie Prinze Jr. Acted In Together, Even Though They Probably Won't Do It Again Soon

UK flood MAP: Is YOUR area at risk of flooding? More than 20 active flood alerts

Game of Thrones ‘will NOT return’ insists Jaime Lannister star: ‘The story is over!’

When Prince Harry is out, he’s OUT.

That seems to be what we’re learning about him and wife Meghan Markle lately, at least, in regards to their abrupt and strong step back from public life as part of the royal family. Plus, according to a new report out, that walk-away attitude isn’t anything new — and the 35-year-old’s former friends are pretty pissed about it!

A “well-connected” source spoke to People this week about the growing distance between the young Prince and the rest of his fam, sharing an interesting tidbit about how it wasn’t just the royals which he reportedly pulled away from recently. In fact, about six months into Markle’s pregnancy with their son the redhead apparently “cut off” many of his formerly close friends!

The insider revealed more about the bizarre situation leading up to Master Archie‘s eventual birth on May 6 of last year, adding:

“Most no longer even have his cell number . They totally understand that men often drift from their friends after marriage, but there’s still a lot of resentment because they had been so close for so long.”

There are exceptions, of course. Harry and longtime pal Charlie van Straubenzee attended each other’s weddings just months apart in 2018 and Charlie is also Archie’s godfather — but apparently there’s a big subset of people who are now ex-friends of the new dad!

So suddenly and abruptly, to boot! 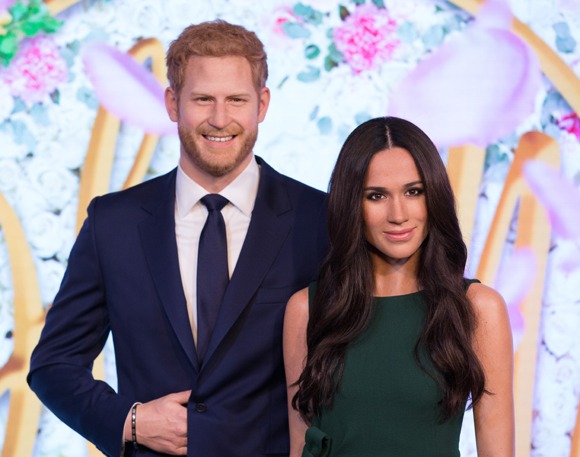 It’s doubly interesting when you consider Harry’s 38-year-old wife has actually managed to keep many of her friends from her pre-royal days. Meghan has been linked several times in the last few years with pals like former Suits co-star Abigail Spencer and longtime friend Priyanka Chopra, just to name a few. But Harry up and decided to just call it quits on a number of friendships?! Yikes!!!

Harry’s former pals are the least of Queen Elizabeth II‘s worries, of course. The news of the Duke and Duchess of Sussex’s abrupt fall back from the royal family is still reverberating around the world this week, and Buckingham Palace continues to struggle in getting things contained and back under wraps. As Meghan returned to Canada and Harry seems beyond done with his royal duties, the apparent plan to ghost, well, pretty much everybody in their lives is becoming more and more apparent, ya know??

Not saying we blame the Duke and Duchess, of course. We can’t even begin to imagine the media craziness that hounds members of the royal family…

What do U think, Perezcious readers?! Apparently ghosting friends, clearly stepping back from family… it sure seems like Harry and Meghan started to head down this path quite a while ago, doesn’t it??

Sound OFF with your take on this whole situation in the comments (below)!!! 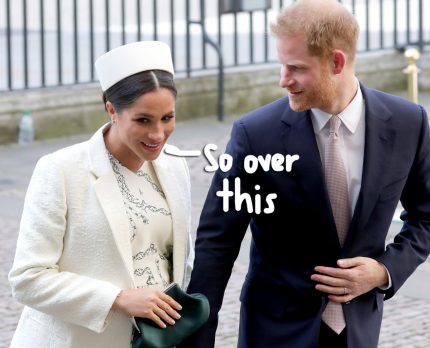 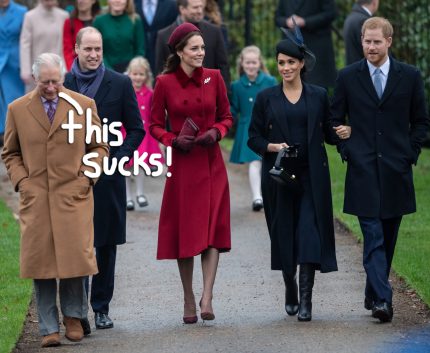 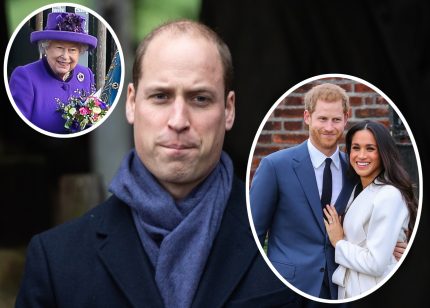 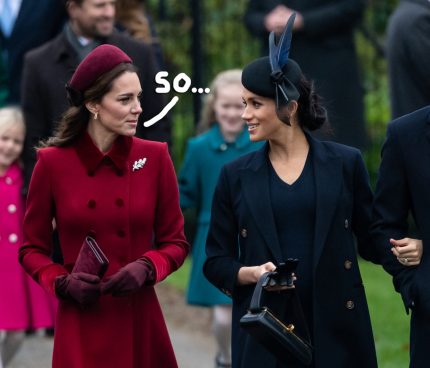 Celebrities
One of Hollywood’s best power couples is Sarah Michelle Gellar and Freddie Prinze Jr. They’ve been married for nearly 18...
Lifestyle
One face covering spread more droplets than not wearing a mask at all. By now, you’ve amassed a collection of...
TV & Movies
We will use your email address only for sending you newsletters. Please see our Privacy Notice for details of your...
World News
The Met Office has issued severe weather warnings across the country and has said there is a risk of heavy...
Beauty
While countless studies have shown that social media's popularity combined with the unrealistic images and beauty standards touted by influencers...
Fashion
Leader of the Pack In Feb. 2013, Delevingne sparkled and shined while walking the runway at the Unique Ready to...
Recent Posts
We and our partners use cookies on this site to improve our service, perform analytics, personalize advertising, measure advertising performance, and remember website preferences.Ok