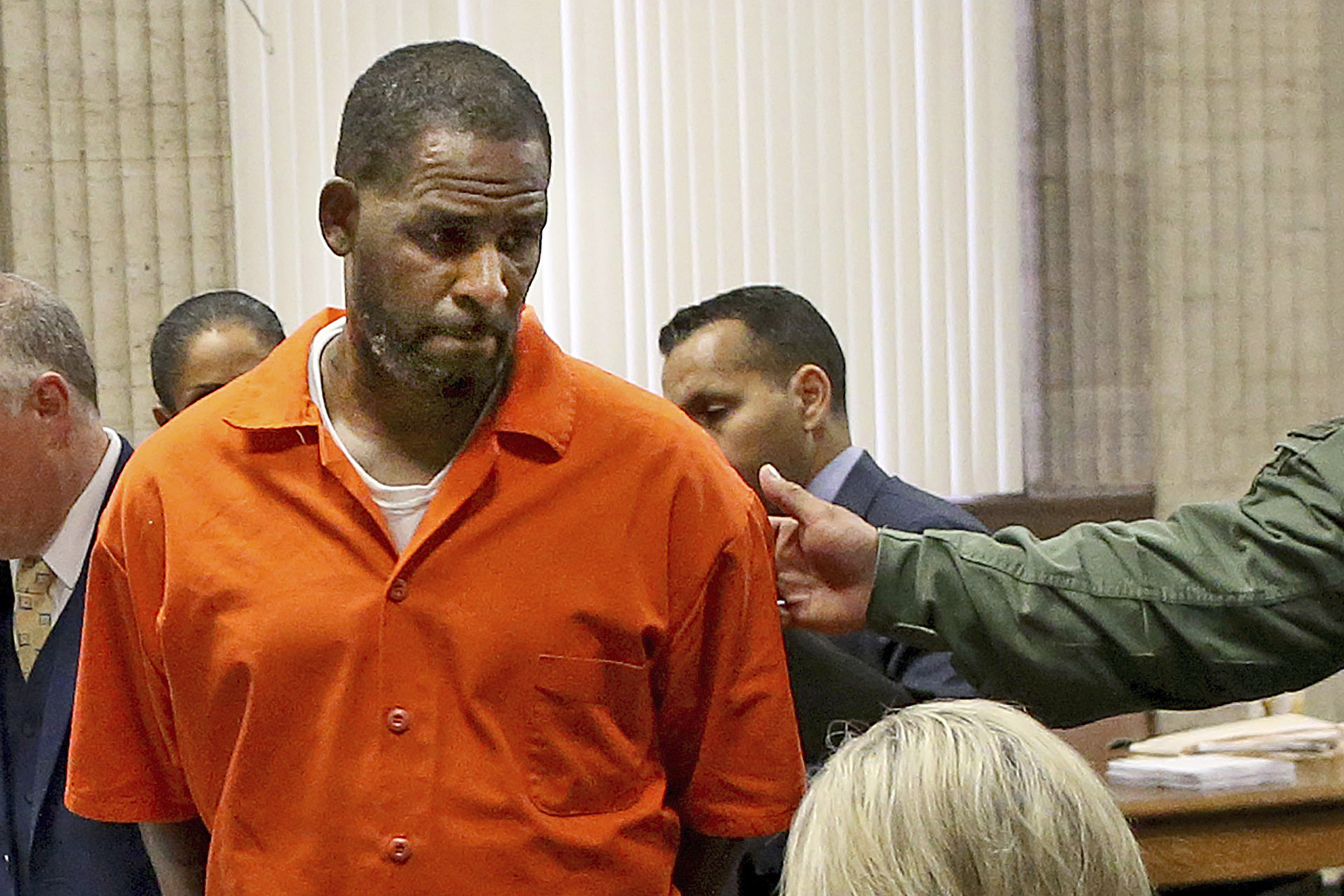 R Kelly has been taken off suicide watch, something he had been suing the prison about, after being sentenced to 30 years for sex trafficking.

The singer, 55, was removed from suicide watch after previously claiming that the protective treatment was a form of ‘cruel and unusual punishment’ as he denied being suicidal.

Prosecutors had initially said that the measure was put in place for Kelly’s ‘own safety’ after a psychological examination, but attorneys for the US government said in new filings that it was no longer required.

The filings stated, via PA: ‘Following a clinical assessment, plaintiff Robert Sylvester Kelly, also known as “R. Kelly,” was removed from suicide watch as of this morning, July 5, 2022.

‘Because plaintiff has already been removed from suicide watch, there is nothing more that the court can do for him.’

The I Believe I Can Fly singer is due to return to court on August 15 to stand trial on charges related to possession of child pornography and obstruction of justice.

His lawyers had previously revealed he was suing Metropolitan Center Brooklyn, where he is incarcerated, for putting him on suicide watch for ‘purely punitive reasons’ as he is a ‘high-profile inmate’.

According to court documents obtained by People magazine, Kelly’s lawyer Jennifer Bonjean said: ‘MDC has a policy of placing high profile individuals under the harsh conditions of suicide watch whether they are suicidal or not (this was done recently with Ghislaine Maxwell).’

She added that she had consulted with Kelly and he was not suicidal and argued that the strict restrictions of those on suicide watch ‘can and does cause serious mental harm’ to a non-suicidal inmate.

A representative for the Bureau of Prisons, which oversees MDC Brooklyn, told the magazine that they could not comment directly on Kelly’s, or any specific prisoner’s, imprisonment for ‘safety and security reasons’.

Their statement added: ‘The BOP is committed to ensuring the safety and security of all inmates in our population, our staff, and the public. Humane treatment of the men and women in our custody is a top priority. The BOP does not comment on pending litigation or matters that are the subject of legal proceedings.’

Kelly had been sentenced to 30 years in prison last week after being convicted of sex trafficking and racketeering charges.

He had faced life behind bars for masterminding an elaborate scheme to entice and sexually exploit young aspiring singers and underage children.

The producer was previously found guilty on all nine counts against him, including multiple counts of racketeering, with the charges relating to bribery and forced labour, by a jury in September last year.

Kelly, who denied all charges, was also found in violation of an anti-sex trafficking law known as the Mann Act.