Regina King kicked off this year’s Oscars with an eye-catching opening and a powerful message. Deciding to go without a host yet again, the awards show began with a movie-like opening, akin to the films the Oscars celebrates.

Viewers were welcomed to the show with a shot of King picking up a trophy. Opening credits rolled as she walked through Union Station and onto a stage, where stars like Halle Berry, Carey Mulligan and more were waiting.

“Live TV, here we go!” King quipped, recovering from a small trip onstage. “Welcome to the 93rd Oscars,” she said. “Jesus, I made it.”

“It has been quite a year, and we are still smack dab in the middle of it. We are mourning the loss of so many,” she continued.

King referenced the conviction of George Floyd’s killer, Derek Chauvin, and mentioned that if things had gone differently, she may have traded in her heels for marching boots.

“As a mother of a Black son, I know the fear so many live with, and no amount of fame or fortune changes that,” she shared. “But tonight, we are here to celebrate. This was a hard year for everyone, but our love of movies got us through.” 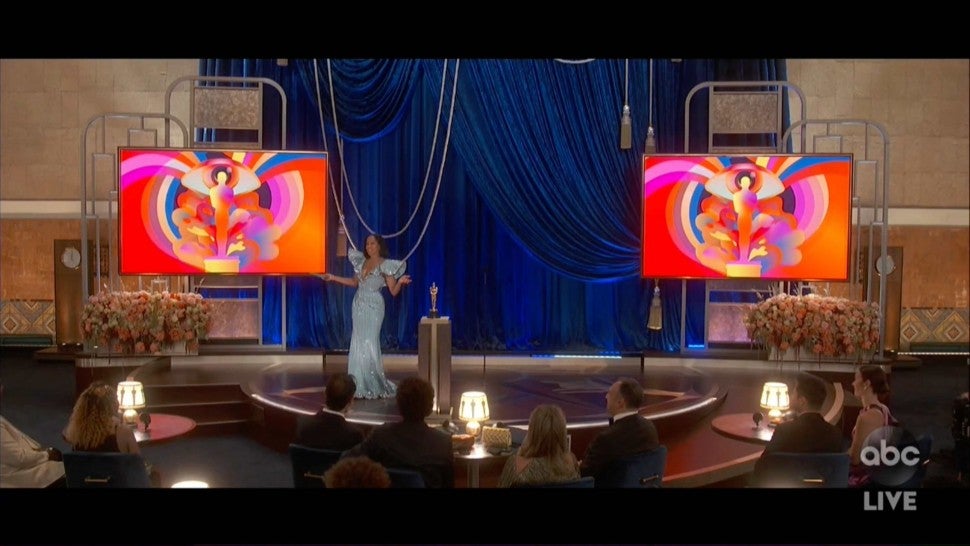 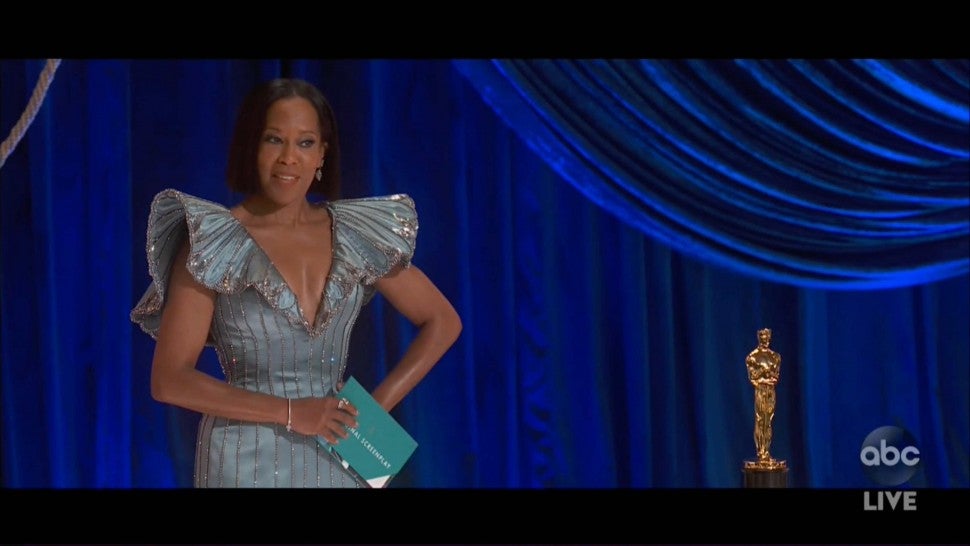 King, whose directorial debut, One Night in Miami, is nominated in three categories, called out how proud and excited she was to be there. “And yes, we are doing it maskless… think of this as a movie set,” she told viewers at home.

With that said, the show officially began, and the first award of the night was given to Emerald Fennell, for Best Original Screenplay.

ET’s Kevin Frazier spoke with Oscars director Glenn Weiss earlier this month about the show foregoing a host, and the long-time TV helmer explained how they’ve learned to move things along without one.

“I think the show has a really nice flow and pace to it and I don’t think that any element that’s part of a standard show that’s not there is gonna be missed,” Weiss said. “Frankly, it’s just a little bit of a different approach and it just keeps moving, and I think that’s important.”

Follow along at ETonline.com for all our Oscars live updates, including the Oscars winners list, updated as trophies are handed out.