The Ratatouille-themed attraction opened to the public on Friday (October 1) at EPCOT as part of the resort’s 50th anniversary celebration.

Joining the new ride as part of the new expansion of the France pavilion is La Crêperie de Paris, a new restaurant offering authentic French cuisine in both table- and quick-service options and a menu from celebrity chef Jérôme Bocuse.

The new expansion more than doubles the size of what the France pavilion was previously. 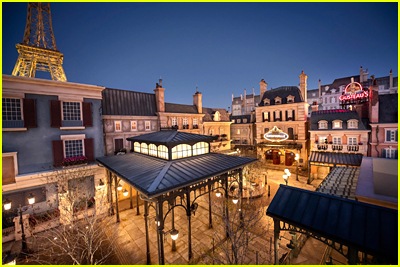 Guests will begin their journey walking through a scene reminiscent of the Seine River of Paris, with a waterside pathway near the EPCOT International Gateway, with the Disney Skyliner gondolas passing nearby.

Disney Imagineers took the same “crookedology” used to describe the fanciful interpretation of the City of Light in the Pixar movie Ratatouille, and applied it to “Remy’s Paris” at EPCOT. 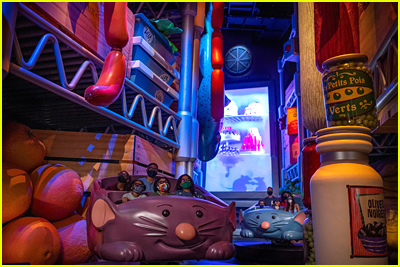 On the all new ride, according to WDW, “feel like you’ve shrunk down to Chef Remy’s size for a 4D culinary adventure based on the Disney and Pixar film Ratatouille. When you’re small, life is a big adventure!”

The 4D ride experience will have guests “join Chef Remy on a daring culinary caper that will captivate all your senses as you zip, dash and scurry through the bustling kitchen, dining room and walls of Gusteau’s famous Paris restaurant. C’est magnifique!” 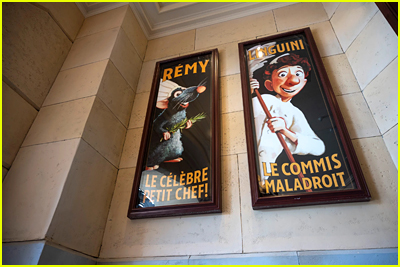 At the all new restaurant, Le Crêperie de Paris, there is a traditional creperie menu from chef Jérôme Bocuse inspired by the Brittany region of France. The table-service restaurant serves savory galettes and sweet dessert crepes, along with some of Brittany’s famous hard ciders.

There is also a quick-service location at the front of the restaurant, Crêpes A Emporter at La Crêperie de Paris, located along the new plaza’s promenade. The walk-up window serves three savory galettes, four sweet crepes, soft-serve ice cream and an assortment of ciders and wines. 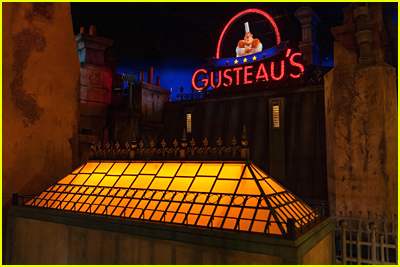 Guests can also take home a plethora of new merchandise, from apparel to accessories. There’s also a new Interactive Chef Hat that looks as if Chef Remy is cooking alongside the wearer just as he did with Linguini in the film!

In case you missed it, check out the latest updates about Walt Disney World!!