Rihanna and A$AP Rocky were spotted walking hand-in-hand while taking a romantic holiday stroll in her homeland of Barbados on Christmas Eve.

Rihanna, 32, and A$AP Rocky, 32, proved they’re not afraid to show their affection for each other in public when their first PDA-filled pics were taken on Dec. 24. The reported new couple held hands while walking in the singer’s home island of Barbados and looked comfortable together as they both wore blue face masks. They also matched in black, with Rihanna in a black dress under a black long-sleeved top, and the rapper in a black T-shirt and pants. 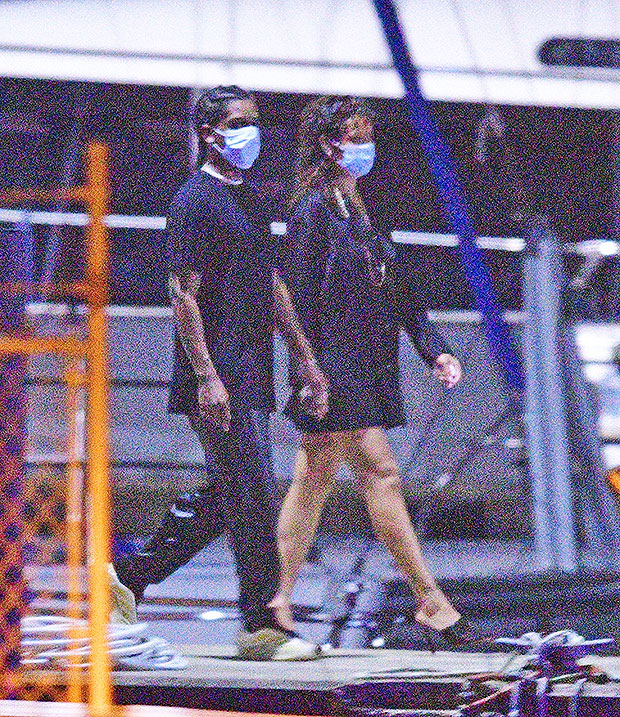 The outing comes just one day after A$AP was seen arriving at the airport in Barbados with luggage in hand. He touched base just days after Rihanna herself arrived in the country to spend time at her secluded estate. Although the stars, who have faced rumors of a relationship for years, have been discreet about their romance, their latest holiday get-together seems to indicate that their connection is going strong.

A source recently told us that it was Rihanna who invited A$AP to spend time with her during the most wonderful time of the year. “It’s a huge sign of how happy she is with him. Rihanna is all about family so the fact that she invited him is very meaningful,” the source EXCLUSIVELY told HollywoodLife. “Her friends are taking this a sign that she’s getting serious with him.” 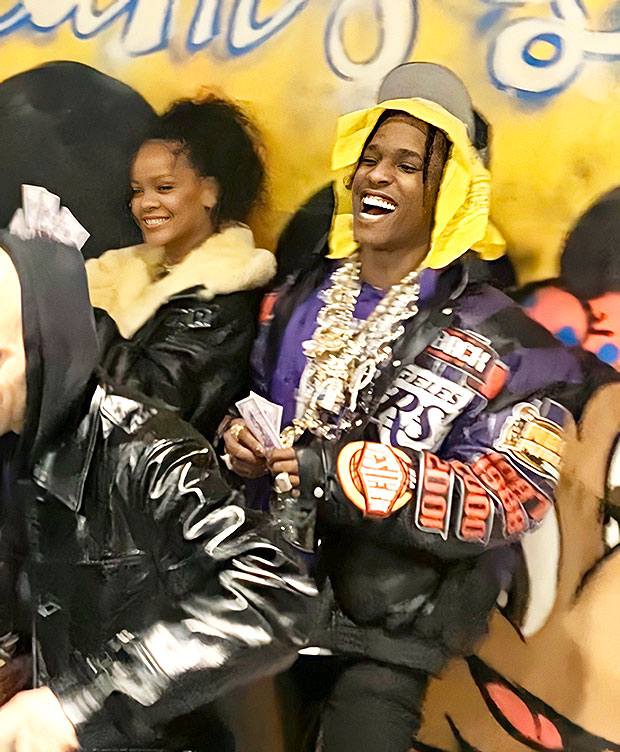 Rihanna and A$AP are known for having been friends for a while but it wasn’t until late last month that they were seen looking like more during a cozy dinner in Manhattan. They were “having dinner with friends at the Beatrice Inn in New York” and “were seated discreetly behind a curtain” inside the upscale restaurant, a source told PEOPLE about the outing.

A$AP’s connection to Rihanna goes as far back as 2013, when he opened for her during her Diamonds World Tour. Since then, they were spotted hanging out together from time to time, including at a Louis Vuitton fashion show in Paris in 2018, but it wasn’t until the “Stay” crooner broke up with her boyfriend of three years, Hassan Jameel, in Jan. that the romance rumors really started flowing. Here’s to hoping we see more cute pics of them soon!