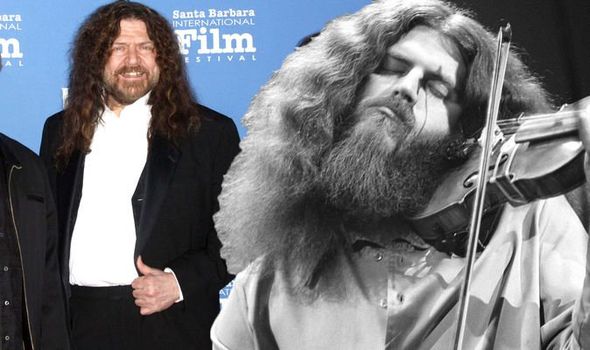 Robby Steinhardt has tragically died at the age of 71, his wife Cindy Steinhardt has confirmed. The singer and violinist – full name Robert E Steinhardt – from the band Kansas died on Saturday due to complications from pancreatitis.

It comes after the musician had been at a hospital in Tampa, Florida since May.

She wrote: “We are beyond devastated as our lives were about to start a new adventure.

“A tour to start in August, Robby was so looking forward to being back on stage doing what he loved.

“I’ve always tried to share our lives with you but I ask you to please respect this heavy time of grief.”

The remaining band members of Kansas also spoke out on the sad news of Robby’s death.

They shared a series of photos of Robby performing with the band and wrote: “The members of the band KANSAS, past and present, wish to express our deepest sorrow over the death of our bandmate and friend, Robby Steinhardt.

“Robby will always be in our souls, in our minds, and in our music.”

The band members continued: “What he brought to us as bandmates, to the fans who attended our concerts, and to the sound of KANSAS, will always be heartfelt.

“We love him and will miss him always.”