As the countdown to Christmas begins, there is one thing everybody is talking about, the return of Gavin and Stacy.

Now Ruth Jones has hinted that there could be more episodes to follow in the future, and discussed her partnership with co-writer James Corden in a stunning spread for Red Magazine.

Looking stunning and windswept in a check coat the brunette beauty, 53, graced the cover looking a million miles away from her well known ‘rude and bossy’ character, Nessa. 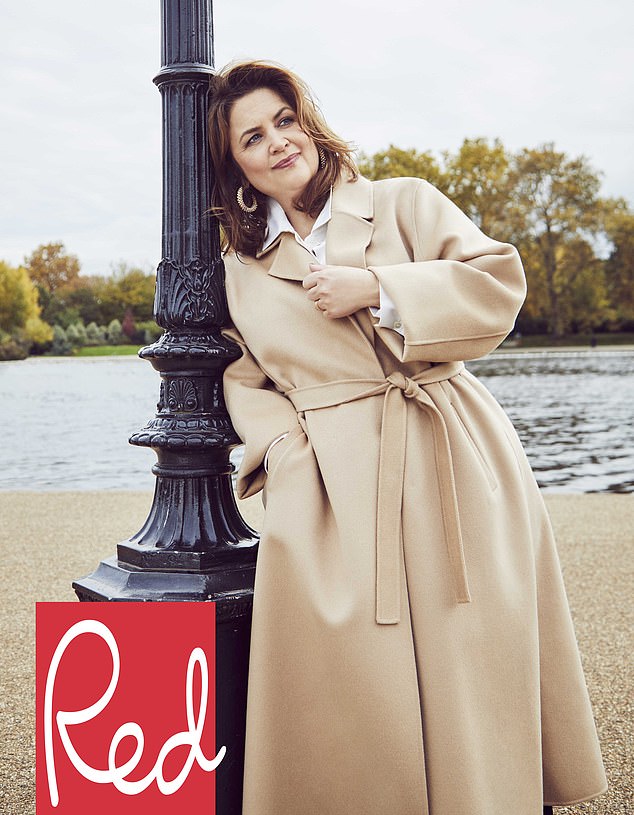 Oh my Christ! Ruth Jones hinted that there could be more Gavin and Stacey episodes in the future, and discussed her partnership with James Corden in a stunning Red Magazine shoot

Discussing her decision to bring the beloved BBC show back, Ruth confessed the process was so secretive between herself and James, 41, that they didn’t even tell their own mothers.

Gavin and Stacey launched the pair’s careers over a decade ago, but Ruth confessed that their big reunion was ‘a bit strange initially’.

She divulged: ‘Although we’d seen each other over the years, we hadn’t spent any great length of time together.

‘But what’s nice about the way we write is that we just act out the characters ourselves, so it’s just like playing, really. We make each other laugh a lot’. 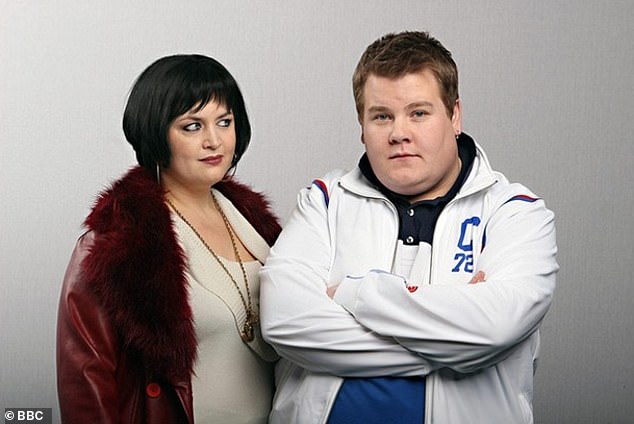 Kept it quiet: Discussing her decision to bring the BBC show back, Ruth confessed the process was so secretive between herself and James Corden 41, they didn’t even tell their own mothers

Perhaps some initial strange feelings can be explained by James leaving the UK and finding great success in America.

Since the show ended he has gone on to host the hugely successful chat show, The Late Late Show With James Corden.

However despite him mixing with some of Hollywood’s biggest stars Ruth said the two have remained in contact with Barry Island often on both of their minds, she said:

‘Ever since it finished in 2010, we’ve always said, ‘‘Do you think we’ll do another one?’’ Sometimes we would just text each other and go, ‘’I have a really good idea for Bryn”.’ 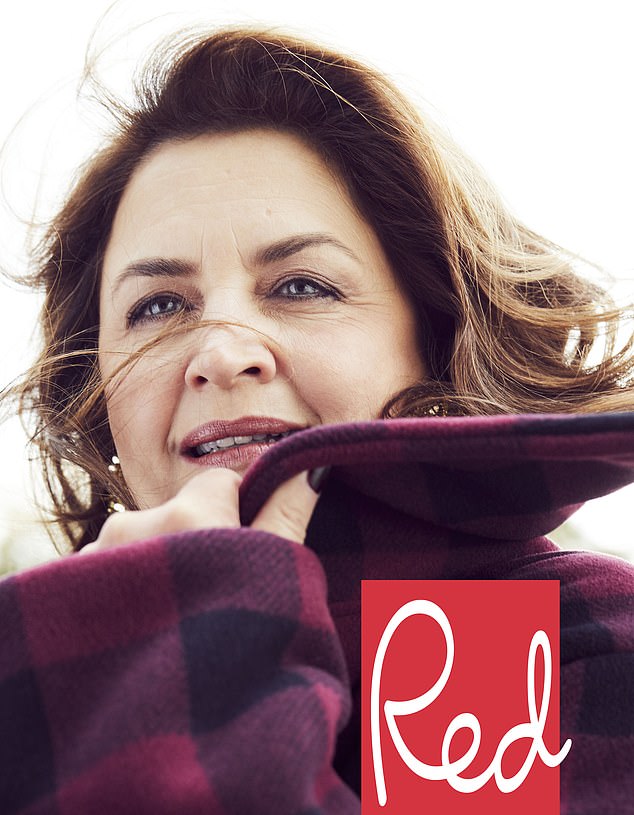 Tidy: On the topic of more Gavin and Stacey, the brunette beauty revealed: ‘The honest truth is there are no plans, but I don’t think I could ever say never

And it seems the pair enjoyed working together so much that they could be willing to do it all over again, as she teased at the possibility of creating more episodes.

Ruth mused: ‘We will never again have the effect that we’ve had this time around, having said for 10 years that we’re not doing any more and the announcing something special.

‘I think it would be churlish of me to say there won’t be any more. The honest truth is there are no plans, but I don’t think I could ever say never’. 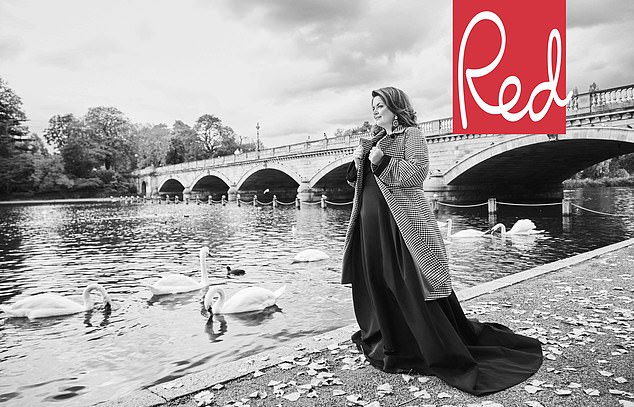 Cracking: Ruth went on to describe the public reactions to the news that the show would be returning for a one off Christmas special as ‘absolutely astonishing’

She went on to describe the public reactions to the news that the show would be returning for a one off Christmas special as ‘absolutely astonishing’, telling the magazine: ‘People’s reactions were just gorgeous.

‘It was on Radio 4’s Today programme and the lunchtime news on the BBC and ITV. Everybody was so thrilled. 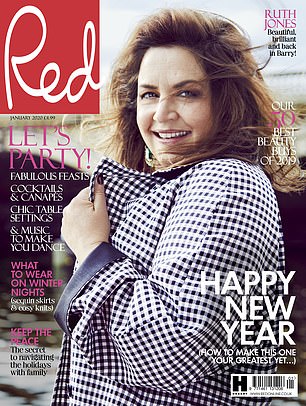 ‘You know when you give somebody a present you know they’re really going to like? It was like that.’

The return episode truly is the ultimate Christmas gift to many fans, who after years of pining for some sort of comeback are finally getting an hour special.

Yet over the years the pair considered bringing the show back at different stages, as Ruth joked: ‘I once wrote out all the lyrics to Adele’s Hello but as Nessa, so instead of Hello, it was Alright.

When they finally did decide to go for it and call up the legendary cast members to give them the news everyone was ‘over the moon’. Ruth added that Jo Page [Stacey] as being ‘almost hysterical’.

The episode, which will air at 8.30pm on Christmas Day on BBC1, has been described by Ruth as ‘very cheery, warm-hearted, Brexit-free and very, very Christmassy’.

The full interview appears in the January issue of Red, on sale 4th December 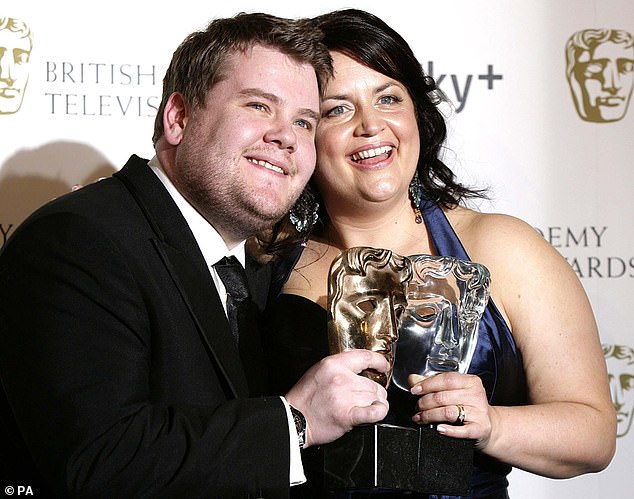 Dream team: Gavin and Stacey launched the pair’s careers over a decade ago, but Ruth confessed her big reunion with James was ‘a bit strange initially’ (pictured in 2007)