We’ve heard the Church of Scientology was fighting hard on the side of Danny Masterson as he faced trial for rape charges. But we’re starting to wonder if they weren’t so much to look after one of their own as they were looking after their own best interests.

After years of allegations of incidents that happened between 2001 and 2003, the That ’70s Show star was charged last summer with “forcibly raping” three women. And last week his preliminary hearings began.

The Church may not have been able to stop the trial, but they did try hard to make sure their already controversial practices did not get more exposed in the court proceedings. However, Superior Court Judge Charlaine Olmedo ruled against the organization, pointing out the driving factor for all three alleged victims not reporting their sexual assaults for over a decade was that the Church allegedly has “an expressly written doctrine” that “not only discourages, but prohibits” members from reporting fellow members to law enforcement.

Huh. We’re no lawyers, but if that’s true, that really doesn’t sound legal. No church should be allowed to break the law just because it’s part of their internal rule structure. After all, as we understand it, separation of church and state was created by the founding fathers to protect the state from religions, not the other way around.

In any case, Judge Olmedo agreed the Church could not just wash their hands of the whole thing at this point. And over the course of a few days, the three women accusing Masterson also lobbed some very serious accusations at Scientology — and it’s all legally on the record now. 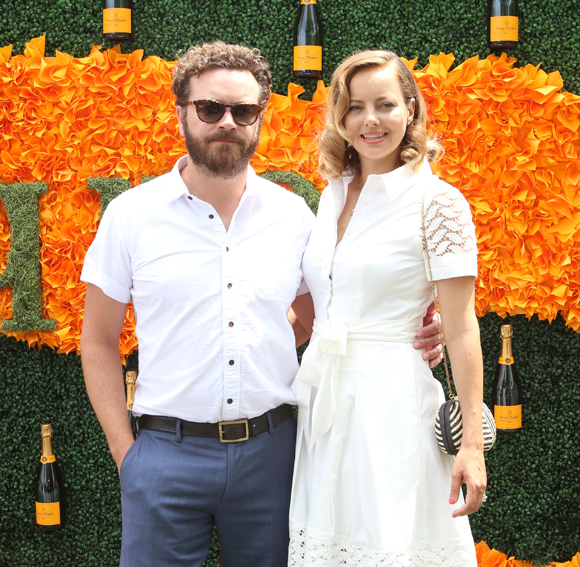 According to a report from the Los Angeles Times on Thursday, all three women told similar stories of church officials allegedly, actively stopping them from reporting crimes to the police — which sounds kind of like conspiracy and obstruction of justice to us? (Again, not lawyers!!!)

One woman testified that Masterson sexually assaulted her while she was unconscious in 2001. And when she wanted to report it, she says, a church higher-up instructed her to write a statement making it clear she would “take responsibility” for the incident.

Another claims Masterson raped her in his mansion in 2003, and that she was completely prepared to go to the police in 2004 — until a lawyer showed up at her home warning her she would be expelled from the church, which if you’ve seen documentaries about Scientology, you know is a very scary position to be put in. She testified that the church’s attorney said to her father:

“We’re going to work out how you can not lose your daughter.”

Scary stuff. But that’s not the only church tea that got spilled…

The explanation of what the church allegedly did to shut them up required the women to give some accounts of regular practices within the organization, much of which they clearly would prefer didn’t get out.

For instance, one of Masterson’s accusers alleged the existence of an “International Justice Chief” within the church, the ultimate authority in disputes between members. It was from this person, she claimed, that she had to request the permission to report Masterson to the police.

The women referred to church practices like “knowledge reports,” “Things That Shouldn’t Be reports,” and “O.W. write-ups,” things non-members are apparently not supposed to know about. Wow. We can’t wait to see what else comes out as the trial continues…

If you want a good idea of why Judge Olmedo might have ruled against Scientology being protected in the trial, it’s worth pointing out the moment one alleged victim claimed the church doesn’t respect US law enforcement and courts, referring to them pejoratively as “wog-law.” Per the Times, Olmedo asked for clarification on this, asking if “wog” was their term for non-members, even likening it to the wizards in Harry Potter referring to non-magical folk as “muggles.” The woman acknowledged the comparison was accurate enough, reiterating the term is “not a nice thing.”

Y’all, do NOT show a judge disrespect if you want them to rule in your favor! LOLz!

The judge, who sounds hilarious btw, reportedly told Masterson’s attorney Thomas Mesereau that it was “interesting” that in his request to keep Scientology out of the case, he mentioned the church “88 times in a 29-page brief.” Yeah, the church is all-in on this case, whether they like it or not.

In a statement to the Times, top Scientology spokesperson Karin Pouw said the judge was “flat-out wrong” in her ruling and denied the church has any such doctrine against reporting crimes, saying:

“Church policy explicitly demands Scientologists abide by all laws of the land, including the reporting of crimes. This is blatantly clear in the documents we understand were put before the Court — and many others. The Court either did not read them in full or ignored them. It should have done neither. Interpretation of Church doctrine by the courts is prohibited and the ruling is evidence of why.”

Pouw also made sure to point out the church is not a party in the rape case. However, in the same statement, she reiterated Masterson’s defense so far, that the accusations against him were “nothing more than a money shakedown.” Like Masterson, she blamed Leah Remini, alleging the women got their matching stories from her false claims.

We’ll just have to see what a jury thinks of that… and of all the other Scientology secrets that spill out during this highly covered trial.