After sparking relationship rumors by spending Halloween together, Scott Disick and Amelia Hamlin reunited for another night out on Nov. 7.

Scott Disick, 37, and Amelia Hamlin, 19, couldn’t hide the fact that they went to dinner together on Nov. 7! Eagle-eyed fans were quick to notice that both stars posted photos of pasta dishes from the same restaurant, La Lune, on their Instagram Stories. Scott captioned his photo, “My love,” while Amelia wrote, “Family Dinner,” on hers.

However, the two were not alone, as their mutual friend, Marie Lou Bartoli, was also on the ‘date night.’ Still, fans couldn’t help but wonder if this was new evidence that something may be going on between Scott and Amelia. After all, they were spotted arriving at a Halloween party together on Oct. 31, as well. They were hounded by paparazzi outside the party, and Amelia was quick to adamantly deny that she was romantically involved with Scott, though.

Amelia is the daughter of Kris Jenner’s longtime friend, Lisa Rinna, so the teenager has run in the same circle as Scott and the KarJenners for quite some time. “Scott is definitely not dating Amelia,” a source told HollywoodLife EXCLUSIVELY. “He simply arrived to the [Halloween] party with a group of friends, guys and girls. They’re not romantically involved whatsoever.” 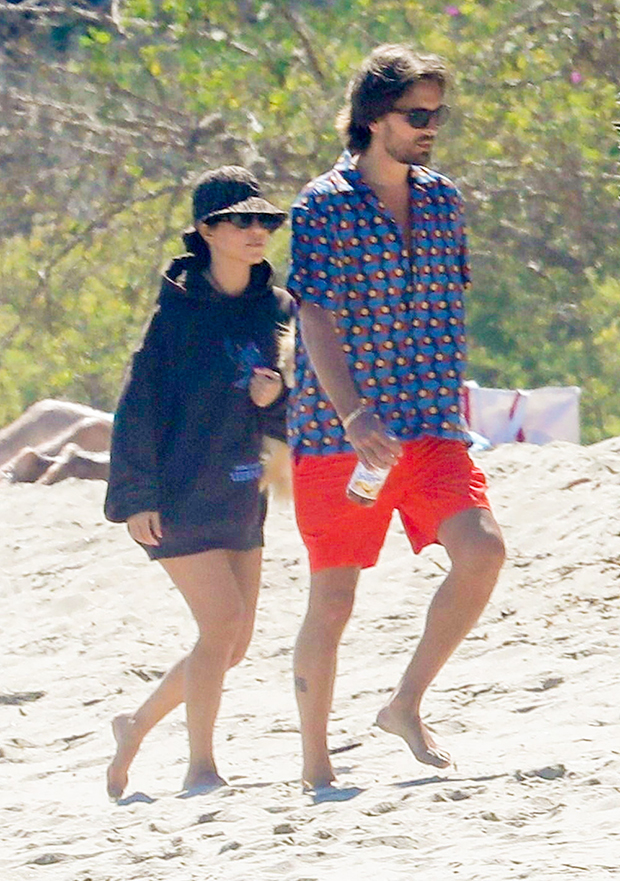 Scott split from his girlfriend, Sofia Richie, after three years together over the summer. Since then, he’s been spotted out and about with models like Megan Blake Irwin and Bella Banos, while also spending quite a bit of time with his ex, Kourtney Kardashian. Scott joined Kourtney and her family on a lavish vacation for Kim Kardashian’s 40th birthday in October, and the exes even posted photos of themselves spending some time alone together.

Scott and Kourtney have three kids together, and have gotten along well as co-parents for several years now. However, fans are very vocal about wanting that friendship to turn into something more once again! For now, it looks like they’ll be keeping everyone guessing, though.

Celebrities
The Brat Pack was a nickname coined by reporter David Blum to describe a specific group of young celebrities in...
Lifestyle
https://www.youtube.com/embed/u9-nERPKv30 "Our little guy" now officially has a name! On Monday, the Smithsonian’s National Zoo and Conservation Biology Institute announced...
TV & Movies
In Clea DuVall’s “Happiest Season,” Kristen Stewart plays Abby, an art history Ph.D. student whose girlfriend, Harper (Mackenzie Davis), has invited her home for Christmas. Though she’s at first...
World News
BBC Weather meteorologist Susan Powell forecast a big area of high pressure across the core of Europe. She added most...
Beauty
The Amazon Black Friday extravaganza kicked off the year's biggest shopping season with Black Friday, Cyber Monday and the subsequent winter holidays right on deck. The...
Fashion
ASOS is our go-to location for the hottest looks and affordable key trends, as well as a number of big-name...
Recent Posts
We and our partners use cookies on this site to improve our service, perform analytics, personalize advertising, measure advertising performance, and remember website preferences.Ok